The United States - A Billionaires' Playground 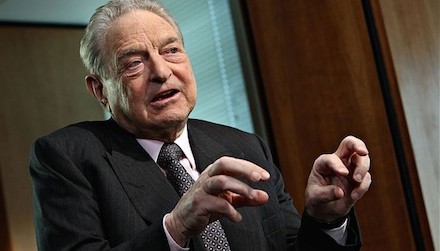 The International Fact-Checking Network (IFCN) drafted a code of five principles for news websites to accept, and Facebook yesterday announced it will work with “third-party fact checking organizations” that are signatories to the code of principles.

The International Fact-Checking Network (IFCN) is a forum for fact-checkers worldwide hosted by the Poynter Institute for Media Studies.

These organizations fact-check statements by public figures, major institutions and other widely circulated claims of interest to society.


A brief history of The Poynter Institute

Thousands of journalists, teachers and members of the public have come to Poynter to learn what makes the best journalism work—whether the platform is print, broadcast or online. They come to learn from Poynter’s faculty of accomplished journalism professionals and academics.

They come to learn from Pulitzer Prize recipients and Edward R. Murrow Award winners, on-air reporters and syndicated columnists, newsroom visionaries and industry innovators. They come to our campus in St. Petersburg, to sessions held in newsrooms and conference centers around the world, and to our website.


Poynter’s IFCN is funded by:

The institute is also taking a lead role in exploring the emergence of the “Fifth Estate” and how these new providers of information are affecting the way the public receives and uses news.

Omidyar Network invests in entrepreneurs who share our commitment to advancing social good at the pace and scale the world needs today.


The Omidyar Network has partnered with the Open Society on many projects and have also given grants to “third parties” using the Tides Foundation (Soros).

In 1976, Tides was founded by Drummond Pike, one of the original social entrepreneurs; and over the years the organization has evolved from a great idea to one of the top 100 social sector organizations in the United States.

Tides Foundation was started out of a need to facilitate the giving of philanthropists who were concerned with building a better future for individuals and communities all over the world.

In the late '70's, Tides Foundation founded a Projects Program that nurtured new nonprofit activities and the program became legally incorporated as Tides Center in 1996.


Another significant donor to the Poynter Institute is the Craig Newmark Foundation, a charitable organization established by Craigslist founder Craig Newmark.

The gift will support a five-year program at Poynter that focuses on verification, fact-checking and accountability in journalism. It’s the largest donation Poynter’s ever received from an individual foundation.

The Newmark Chair will expand on Poynter’s teaching in journalism ethics and develop certification programs for journalists that commit to ethical decision-making practices. The faculty member will also organize an annual conference on ethics issues at Poynter and be a regular contributor to Poynter.org.


Newmark funds other liberal groups. At this point, you shouldn’t be surprised to learn that many of those groups also have ties to ol’ George.

The Center for Public Integrity was founded in 1989 by Charles Lewis. We are one of the country's oldest and largest nonpartisan, nonprofit investigative news organizations and winner of the 2014 Pulitzer Prize for investigative journalism.

Our mission: To serve democracy by revealing abuses of power, corruption and betrayal of public trust by powerful public and private institutions, using the tools of investigative journalism.


Some well known info about Soros…

Soros has earned his megafortune in part by short selling currencies and causing economic crises.He is credited with breaking the pound on September 16, 1992 in a day that became known in Britain as “Black Wednesday.” 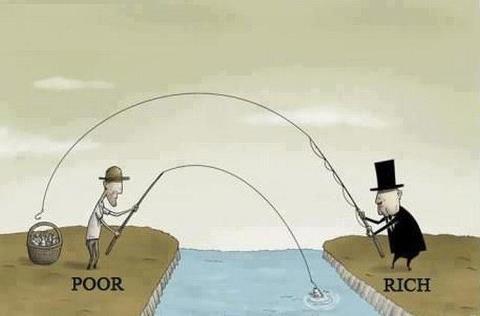 He reportedly made $1.2 billion from that crisis. In 2002, he was convicted for insider trading.

Poynter, meanwhile, has hosted controversial journalism programs in the past, including one that was accused of downplaying the threat of global Islamic terrorism.

“...a tool for journalists who want to be accurate in educating their audience about the religion and culture of Islam, Muslim communities in the U.S., and the distinctions between Islam as a political movement and the radical philosophies that inspire militant Islamists.”


FoxNews.com reported the course suggested reporters “keep the death toll from Islamic terrorism in ‘context’ by comparing that toll to the number of people killed every year by malaria, HIV/AIDS and other factors.”


If there's an ideology behind any form of censorship, just hope that it doesn't interfere with yours. If it walks like a duck, but they tell you it swims like a fish, you'd better believe what they say or face the consequences.

The course taught reporters that the term “jihad” means internal struggle, and it discussed what it claimed was the issue of “right-wing activists” attempting to link American Muslims to terrorism.

The section includes the good-journalism tip that reporters should check to see if experts they’re interviewing “have a bias or a stake in the story you are covering.” But then it only cites examples of anti-Muslim groups.


The course on Islam was supported by a group called the Social Science Research Council. If it hasn’t become obvious by now, let me once again point out the underlying theme that continues to emerge.

The Social Science Research Council is an independent, international, nonprofit organization founded in 1923. Governed by a board of directors, it fosters innovative research, nurtures new generations of social scientists, deepens how inquiry is practiced within and across disciplines, and mobilizes necessary knowledge on important public issues.


All these groups are funded by billionaire philanthropists and should serve as an example of who is actually running things.

If anyone missed it, Obama is in the same basket of weasels…

That same think tank just so happens to be the reasoning behind Obama’s policy making.

A liberal think tank helping to shape the incoming Obama administration's personnel and policy owes its existence in part to a pair of East Bay billionaire banking moguls.


Herb and Marion Sandler made their fortune by building Golden West Financial Corp. The same corporation just so happens to be the parent company of the World Savings Bank. It was eventually sold to Wachovia Bank for $24.2 billion.

But of all their investments, helping to launch the Center for American Progress in 2003 and helping to bankroll it since — in total, an estimated $20 million — could prove most far-reaching. Professor Larry Sabato, director of the University of Virginia's Center for Politics, said the Sandlers must be pleased with the crop that has grown from their seed money.


Obama is a puppet of the elite and everything that has been said and done during the last eight years has been directed influenced by a core group of rich philanthropists. They invest heavily into each election term and demand results.

"Why do you form a think tank like that? In order to influence the policy and personnel of your party's next administration, and obviously they've done that," he said. "It's obvious they've had an impact, and a major one. "... To have this many people associated with the organization being tapped in senior positions is impressive."


There is no other conclusion if everything is taken into account after doing the research. This goes for both Democrats and Republicans. Each approach to politics is generally derived from the same core ideologies and are designed to fool us into thinking that we have a choice.

Obama and the Democrats in general have some serious ties to both Herb and Marion Sandler, George Soros (if you haven’t realized, lol), and many others like insurance mogul Peter Lewis and real estate/movie mogul Steve Bing.

Take a look behind the curtain and you’ll learn that sides don’t matter. Choice is an illusion and the “end goal” will be reached sooner than later if we don't speak up and defend ourselves. Fight fire with fire. 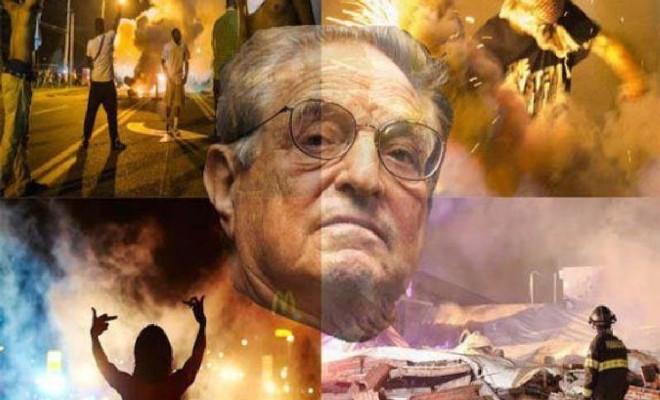