He insisted that a foreign adversary intervened in our election, and somehow comes up with "70 members" of the EC should be briefed !!

All this with millions of people watching, and on the eve of the Electoral College voting Monday !!

A wee bit nervous he was.


John Podesta told Meet The Press Sunday morning that he thinks the election was “distorted” by “Russian intervention” and that “seventy members of the Electoral College should be briefed.”

Against all proof Podesta said,” A foreign adversary tried to directly intervene into our Democratic institution and tried to tilt the election to Donald Trump.” However, Podesta failed to point out that Hillary Clinton cheated during the debate when she was handed off a question by CNN’s Donna Brazile which helped her gain an edge over Trump.

So what really did affect the elections if anything at all? Was it unproven allegations of Russian intervention, Hillary’s breach of trust with the American people, or Donna Brazile’s leak? Furthermore we have to question Donna Brazile’s integrity and intention.

That's all I have to say.

LesMisanthrope
+10 more
posted on Dec, 18 2016 @ 06:15 PM
link
Private servers, deleted emails, DNC collusion with the media, unfair journalism, smug and bullying rhetoric, all with a president campaigning for one candidate while excoriating the other, was all perpetrated by Russian hackers.

Could it be that Podesta is pissed he raised @ $billion dollars for a candidate who ignored working class voters in the Rust Belt, and just thought she would win just because she is supposedly a woman? I'd be trying to lay the blame somewhere else too.
edit on 12jY by UnBreakable because: (no reason given)

posted on Dec, 18 2016 @ 06:36 PM
link
I get the feeling the pathetic little whiners are just getting started. These are people who are completely out of touch with the average American and don't understand that their Liberal policies, their choice of candidate, not to mention a little thing like rampant corruption, cost them the election.
They have no clue why they lost, so it must be Trump's fault, Russia's fault, Comey's fault,.........Sure as hell couldn't be their fault right?
edit on 18-12-2016 by DAVID64 because: typo

posted on Dec, 18 2016 @ 07:00 PM
link
Right, it had nothing to do with the corruption and criminality of Podesta, Clinton, the DNC, the exposed msm... No, the problem is with who exposed the criminals.


So the Russians wanted dumb crooked ass Trump to win...SO WHAT...is that a crime.


America has intervened in so many countries electoral process we couldn't count...

Russia, because of Syria and Hillary hating on Putin, wanted the easily bribed and lunatic Trump in office SO WHAT

I'll never forget how the treated Rn Paul after that showdown with Giuliani over 9/11 and why they hate US, in 2008.

They're not sore from losing, they're scared #less of the potential investigations when they lose power and with it control of the narrative.

Interesting side note: Haven't heard a peep out of BLM post election. I guess Soros didn't need them anymore.
edit on 18-12-2016 by Rosinitiate because: (no reason given)

posted on Dec, 18 2016 @ 07:21 PM
link
No Russian forced me to vote Trump . It was the entire corrupt DNC. Especially the part about Sanders being "taken" by the Dems.From that day no DNC candidate , nor even the entire Russian military , could have forced me to vote for anyone from that Party
Ante Mortem Ducimus

Agreed. And I'll finally be switching from Democrat to Independent. 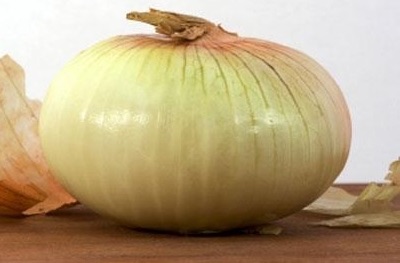 posted on Dec, 18 2016 @ 07:49 PM
link
When you are dealing with career politicians, you never get to the bottom of anything.
Out founding fathers ment for a representative to take office, fix some problems,serve their term and then go back to their life.
We were warned 200 years ago that corruption would find it's way to power.

originally posted by: Tardacus
a reply to: loam

At this point, I really am starting to wonder just exactly whom they owe money and favors to.

This is getting so insanely bad that I have to think that either kneecaps or cement shoes have been brought up in secret meetings.

No intelligent person would keep going like this for so long.

I can definitely see the nervousness in him. There appears to be more than just nervousness! Did he have several too many espressos

He seems to be acting like he is on some sort of prescription amphetamine or possibly something illegal. The way he was speaking with so much energy, waving his hands in the air, talking way too rapidly, blinking his eyes rapidly, and sweating like a stuck pig! Those are all symptoms of possible drug abuse. Otherwise, he probably has the worst anxiety disorder crossed with too much espresso known to the world

There is no sound of confidence or hope in his voice or words. I compare that to Kellyanne Conway (Trump's Campaign Manager) and with this alone I feel more confident in Donald Trump as the President than the alternative(s)

Why is it that Hillary Clinton could not have been there for this interview to defend her position? Podesta reeks chronically of desperation.

All I can say is one thing: I hope that Donald Trump is able to keep a good majority of his promises to America (cure diseases, jobs, healthcare plan that works, etc.). If he does not become our President, I worry for the future of America, and ATS for that matter

They used to call this sort of thing Beating a Dead Horse, playing a broken record, etc. You lost Podesta! Time to lick your wounds, work on that caffeine problem, gain a few pounds, and take a shower before your next interview

Good Luck America You're going to need it

originally posted by: Gothmog
No Russian forced me to vote Trump . It was the entire corrupt DNC. Especially the part about Sanders being "taken" by the Dems.From that day no DNC candidate , nor even the entire Russian military , could have forced me to vote for anyone from that Party
Ante Mortem Ducimus


I was just discussing this with my wife.

They act like Russian agents convinced us to give Trump our vote.