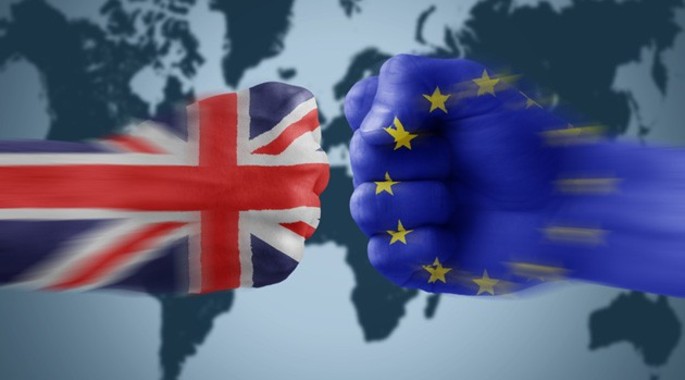 Glum-faced Theresa May leaves Brussels after Europe's chief negotiator warns UK must pay the huge sum as soon as Article 50 is triggered.

EU leaders are trying to hand Theresa May a £50billion bill for Brexit - only hours after leaving her friendless on her arrival in Brussels.

The Prime Minister was left awkwardly looking around for a fellow leader to greet at the start of a tense European Council summit, while her counterparts hugged and kissed each other.

She ended up taking a seat on her own.

What if the UK refuses to pay, then what?

Sanctions followed by a NATO attack?

Looks like a true election victory is still a ways off.

Just when we thought voting might actually mean something.

Lol if international politics become as blunt as that I feel it could be an improvement.
Be strong Mrs May...interesting times for sure.

Good luck with that, we are the second most powerful nation on Earth, and we haven't been conqured for over 950 years, don't back us Brits into a corner, we're lovely people, but we have teeth (yes, there is probably a joke in there somewhere).

Sorry if that sounds bad on my part, but I'm getting sick of EU rhetoric. 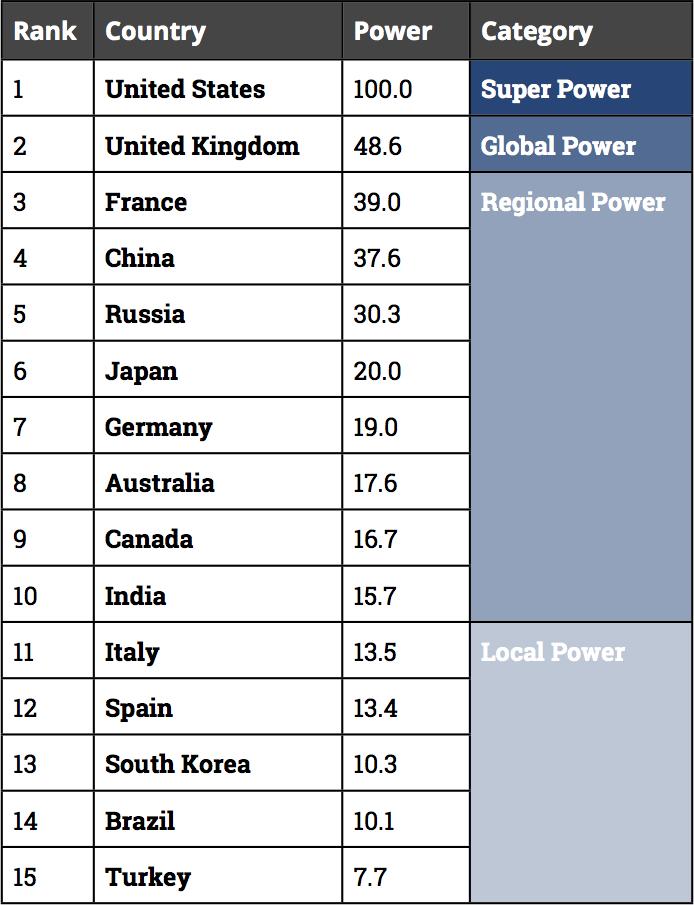 Study finds UK is second most powerful country in the world
edit on 16/12/16 by woogleuk because: (no reason given)

originally posted by: Indigent
What were you Brits expecting? If EU wants to live it needs to make UK an example so no one else get ideas.


The EU can try of course, I say bring it.
My money is where my mouth is as well, I'll ride medium term challenges in the face of international political threats.
Wanna play mean EU? Cool, your choice I say.

Not a problem, I am sure they can replaced with 760k peace loving muslims instead... sure merkel wouldnt mind making it happen

Wow iran didnt make the cut..... way they run their mouth you would think they would come in at number 3 or 4 at least


Most own properties and are funded by their UK pensions, but if you wanna charge for health care do it, the UK will act reciprocally, I guarantee you.

*edit*
Lol, and Poland will tell Spain to behave and accept some arrangement for settled citizens.
Nearly a million Pole's like the free NHS.
edit on 16.12.2016 by grainofsand because: (no reason given)

People that don't adapt to the local culture? You could replace every brit for a refugee and its the same for us, probably the muslims would be cheaper for the social security too

originally posted by: ksiezyc
What is the bill for anyways? I get for Brexit, but is that all? Just for leaving?

Seed money in support of the European Action Defence Plan to move forward with the creation of a European Union military?

$50B will likely become an annual contribution.

originally posted by: IkNOwSTuff
Shyte yes!!!!
Australia made that list in at number 8

Above Canada as well!

posted on Dec, 16 2016 @ 05:31 PM
link
The bill is for liabilities that the UK have agreed to previously (till 2020) but it is just a snippet from 1 EU politician and not set it stone. Negotiations will sort things out eventually, until then it is pure guesswork.

Shunning May proves EU only want us for the money anyway, not real friends at all.

Do you think that may have anything to do with the 'Hard brexit may take 4 years, perhaps even 10' headline ?

posted on Dec, 16 2016 @ 06:08 PM
link
Telling the EU to jog on could be the thing that ensures the Tories win the next election by a handsome margin.

Trouble is, May and her mates actually want to remain in the EU so I'm not sure she has the bottle

posted on Dec, 16 2016 @ 06:09 PM
link
I saw the news of EU leaders ignoring May. Personally, I think they are rude. Makes me think that with morons like that running the EU, BREXIT might actually be the right idea. Very childish.

The EU negotiations are going to be interesting. Not least the inability of the EU member states to agree FA between them, let alone how to deal with the UK.

I read an article that the EU has hundreds of experienced negotiators and experts lined up to trounce the UK with logic and wisdom. These being the same people that (presumably) helped create TTIP and fishing quotas. They'll stumble at the first hurdle - even before they have worked out what language they will deign to speak to the Brits in!