A Christmas story called a hoax 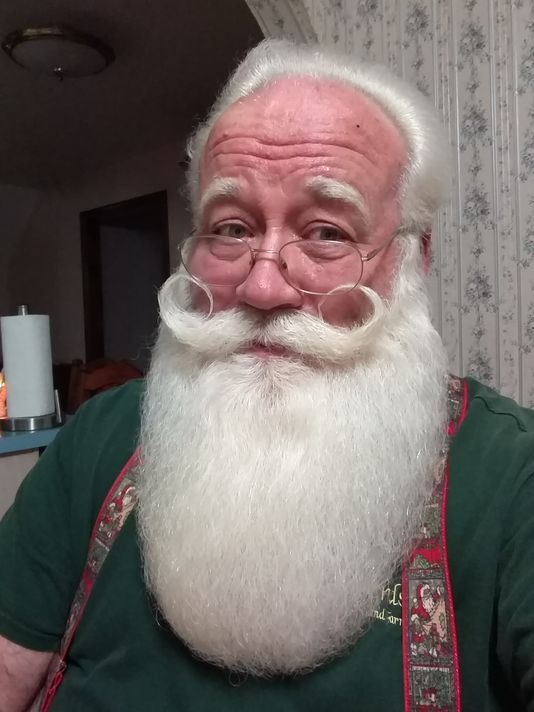 Most of our stories created by the News, fills a purpose and a meaning. The other i read a story about a man who looks like Santa his name is KNOXVILLE, Eric Schmitt-Matzen from Knoxville. The story goes like this;

“The telephone rang. It was a nurse I know who works at the hospital. She said there was a very sick 5-year-old boy who wanted to see Santa Claus.

“I told her, ‘OK, just let me change into my outfit.’ She said, ‘There isn’t time for that. Your Santa suspenders are good enough. Come right now.’ ”

Schmitt-Matzen got to the hospital in 15 minutes. He met the lad’s mother and several family members.

“She’d bought a toy from (the TV show) PAW Patrol and wanted me to give it to him,” he said, voice growing husky. “I sized up the situation and told everyone, ‘If you think you’re going to lose it, please leave the room. If I see you crying, I’ll break down and can’t do my job.’ ”

Nobody entered with him. They watched, sobbing, from a hallway window in the Intensive Care Unit.

“When I walked in, he was laying there, so weak it looked like he was ready to fall asleep. I sat down on his bed and asked, ‘Say, what’s this I hear about you’re gonna miss Christmas? There’s no way you can miss Christmas! Why, you’re my Number One elf!

“I gave him the present. He was so weak he could barely open the wrapping paper. When he saw what was inside, he flashed a big smile and laid his head back down.

“When you get there, you tell ’em you’re Santa’s Number One elf, and I know they’ll let you in.

“He kinda sat up and gave me a big hug and asked one more question: ‘Santa, can you help me?’

“I wrapped my arms around him. Before I could say anything, he died right there. I let him stay, just kept hugging and holding on to him.

“Everyone outside the room realized what happened. His mother ran in. She was screaming, ‘No, no, not yet!’ I handed her son back and left as fast as I could.

“I spent four years in the Army with the 75th Rangers, and I’ve seen my share of (stuff). But I ran by the nurses’ station bawling my head off. I know nurses and doctors see things like that every day, but I don’t know how they can take it.’”

In despair, Schmitt-Matzen was ready to hang up his suit. “I’m just not cut out for this,” he reasoned.

But he mustered the strength to work one more show.

“When I saw all those children laughing, it brought me back into the fold. It made me realize the role I have to play.

The purpose of the story was a "Christmas spirit and what Santa meant for a little child", the meaning of the story is "Hope".
If its true or not, i couldnt care less, the message came across as it should.

Most of the media today is in my own opinion "full of s#", they can do good, or they can do as they usually do. I dont care, but ruining an atmosphere of good will and intention, is far to out of their league.

Saw this on my local news.. first they reported it as real and a touching story.

Then they reported it as a hoax lol

Then they came back on and said it was real again..

The news does not even know if it's fake or not lmao..

posted on Dec, 15 2016 @ 06:38 PM
link
I enjoyed reading it, real or not. The message was delivered well. I much prefer this to all of the political poking and shoving going on in the media lately.

I could care if this was a hoax or not, it had a purpose. Most of the s# media writes about is a hoax, but Christmas spirit wow, all time low..
edit on 20161215 by tikbalang because: spelling

The Santa sounded and looked genuine to me..

There is already a thread on this, and the story doesn't match up. I personally think it's a fabrication, for professional reasons.

But you're right. It doesn't matter. Well...it shouldn't matter, anyway. People tell fairy tales to their children...this is no different. It's a grownup fairy tale, and it carries a very important message with it. I am certain that it is fake, but it touched me nonetheless...both versions. And that was the point.

It's a Christmas story that epitomizes what the holiday is supposed to be about. Why anyone would disparage such a thing is baffling. It's like the ugliness has overtaken the beauty in this world to such a degree that people feel compelled to make everything else ugly too. That is so disheartening to me...living in a world with no magic left in it.

posted on Dec, 15 2016 @ 06:59 PM
link
a reply to: tikbalang
Many of the old fables aren't real...or are stretched a bit...but they teach us something. Or they give us the hope to continue trying. I had not seen this...thank you so much for sharing!

originally posted by: goou111
a reply to: tikbalang

Saw this on my local news.. first they reported it as real and a touching story.

Then they reported it as a hoax lol

Then they came back on and said it was real again..

The news does not even know if it's fake or not lmao..

There's probably a behind the scenes bidding war- whoever pays the most gets their way- one side bidding to publish, the other to censor.
That's the whole thing behind this new fake news banning nonsense- they want to be able to decide what is and isn't true. Make it mandatory to censor news marked as fake, then all of a sudden it's real easy to bury inconvenient truths- just call them lies/fake news.

it's propaganda. The government is simply forcing the door open for propaganda to have full control of media.
Soon it won't be legal to question the official story.

originally posted by: goou111
a reply to: tikbalang

The Santa sounded and looked genuine to me..

If the guy was making it up, he should be nominated immediately for an Oscar because that was the performance of the year.

It's a Christmas story that epitomizes what the holiday is supposed to be about. Why anyone would disparage such a thing is baffling. It's like the ugliness has overtaken the beauty in this world to such a degree that people feel compelled to make everything else ugly too. That is so disheartening to me...living in a world with no magic left in it.


I joined Facebook a few years back to keep an eye out on my girls. I wanted to know who they were calling a friend and what they were talking about. They are grown now and I continued it as a means for keeping in contact with family. I recently deactivated my Facebook account because I refuse to support a business that thinks they need to censor what I see, and thinks that I need them to tell me what to think.

So now we have the MSM claiming they are protecting us from hoaxes and false news by screening everything that is posted or printed. I don't need that kind of protection. What I need protection from is an overzealous, group that wants to hold a monopoly on what people are exposed to and what they think.

Newspeak and government think is on the horizon. I can't support this move. Jut call me divergent.

"Santa stands by his story of dying boy's last wish"


In addition, Schmitt-Matzen's wife, Sharon, of 38 years spoke with 10News on Wednesday night and also helped fill in details of her husband's story and his response to what happened that day in what she said was mid-October.

That differs from Schmitt-Matzen's original account of the timeline, in which he said the death happened "about six weeks ago." Schmitt-Matzen told 10News he had the time wrong and that his wife remembers those things better than he does.


Schmitt-Matzen then showed 10News written messages on his phone to two different friends. Both exchanges match dates in Schmitt-Matzen's mid-October timeline of the ordeal. Those dates, he said, were well before he was ever contacted by columnist Sam Venable.