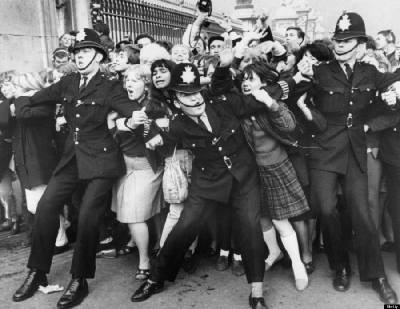 Have you ever heard the expression "everything comes in threes"?

Ever wondered why the standard 30 minutes TV episode model goes by three commercials played three times per show? It's for the very same reason that the Radio Music Format insists on 'only' songs that comes in three sets of Verse, Chorus, Bridge.


GOOD THINGS COME IN THREES - 3 TRICKS FOR A SHARPER MEMORY
MEMORY TRICK 1
When it comes to names, words and phrases, my Latin teacher had it right. Saying a word three times, slowly and precisely, has been a consistent way of remembering that word. It might sound a little silly in public, but hearing it out loud makes the word more concrete in our memory. It's almost like the brain saying "Hey, you're talking about it, it must be important!"


People get the impression that things "come in threes" because that's the number of repetitions by which long terms memories are generally ensured, in normal healthy subjects. Body builders have a very similar concept known as "Sets & Reps", while you know what they say: 'the brain is the biggest muscle'.


The Power of Repeated Words and Thoughts
Do you, like most people, let thoughts connected with worries, fears, anger or unhappiness occupy your mind most of the time?

Do you keep occupying your mind with inner conversation about negative situations and actions?

Such inner conversation eventually, affect the subconscious mind, which accepts them as real.


Now couple that with in the mind control power of the music itself:


blogs.scientificamerican.com...
New Orleans, October 16, 2012 - You walk into a bar and music is thumping. All heads are bobbing and feet tapping in synchrony. Somehow the rhythmic sound grabs control of the brains of everyone in the room forcing them to operate simultaneously and perform the same behaviors in synchrony. How is this possible? Is this unconscious mind control by rhythmic sound only driving our bodily motions, or could it be affecting deeper mental processes?

The mystery runs deeper than previously thought, according to psychologist Annett Schirmer reporting new findings today at the Society for Neuroscience meeting in New Orleans. Rhythmic sound “not only coordinates the behavior of people in a group, it also coordinates their thinking—the mental processes of individuals in the group become synchronized.”

This finding extends the well-known power of music to tap into brain circuits controlling emotion and movement, to actually control the brain circuitry of sensory perception. This discovery helps explain how drums unite tribes in ceremony, why armies march to bugle and drum into battle, why worship and ceremonies are infused by song, why speech is rhythmic, punctuated by rhythms of emphasis on particular syllables and words, and perhaps why we dance.


Go play the Classic Rock station so you can tell your self dozens of times per hour of how you're a "simple man" (or as my friend satires my rant herein "I'm a sheeple kind of man"). I've got news for you: in some circles simple = stupid. Oh, that's right, you cant even play the new rock stations without singing yourself into "Simple Man" simpletondom anymore thanks to "Shine Down" (whose radio career went supernova for playing that cover if I'm not mistaken).


Hell, go up your game and play some rap songs you're familiar with, and come back and tell everybody how you were able to fully think for yourself while you were singing along to the Reps & Sets of 3.

Sure people have Internet options nowadays, but the most important demographic, the children, they're still growing up on this increasingly vein & consumerist & ideological Mainstream Music Model, whereby the censorship runs so deep that essentially only even one song format is allowed (and free-thinkers non-vocal music is essentially banned) no matter what station you're playing.

So there it all is: Radio Music Is Mind Control, or rather listening to it is Voluntary Brainwashing.

Me, for about two decades the majority of the music I listen to lacks lyrics, and I listen to tons of different music. As such my thoughts that I've wired my brain with are mostly my own, rather than Snoop Dog's ego trip. From this I argue: one can't truly be a free thinker, one might even be hopeless in ever knowing them self, if all they ever listen to are songs with other peoples lyrics.
edit on 15-12-2016 by IgnoranceIsntBlisss because: (no reason given)

I can't even listen to the radio anymore without feeling like i'm being manipulated in the most unsubtle ways. The word has been out for decades about the blatant use of these well known and scientifically solid methods of coercing humans to perform as they wish. They teach courses at college for this very thing. All marketing is based on bernaise (sp) 's model of psychology. Basically using our brains against ourselves, and our politicians and corporations hire the best of these wizards to figure out which fake news story they should slip out to get the maximum affect.


That being said how do you know what to listen to or watch? anytime you read a book, watch a movie, or even listen to your friends tell stories, there will always be an element of allowing that information to change your mind in some way. That is how our brains work and thatis why it is so easy to manipulate us. It's why cults don't let you speak to your friends and family. It's so easy to pull the wool over our eyes and even create groups of people who believe nonsensical and utterly unprovable things. It's how they get kids to join the military and fly halfway around the world to kill people who are not threatening you.

I think it is great that this is pointed out over and over again because the repitition reminds me to be mad about it. The only people who can make the world a better and more meaningful place is everybody.

(I'm newish to ATS, and visit using only my phone. If anyone here cares to school me on how to do this without leaving useless comments like this, I'll gladly be schooled.)

Very interesting. Music and rhythm have so much potential to change our brainwaves. I rarely listen to pop music. Jazz, classical, electronic ,instrumental

posted on Dec, 15 2016 @ 08:21 PM
link
I have always preferred instrumental music .Could never get into the lyrics but driving truck and having the radio on sure penetrated my mind .

posted on Dec, 15 2016 @ 10:07 PM
link
I enjoyed the OP. I will strive to work harder and make my music more mind-controlling haha. Its true though. Pop music is brain rot. 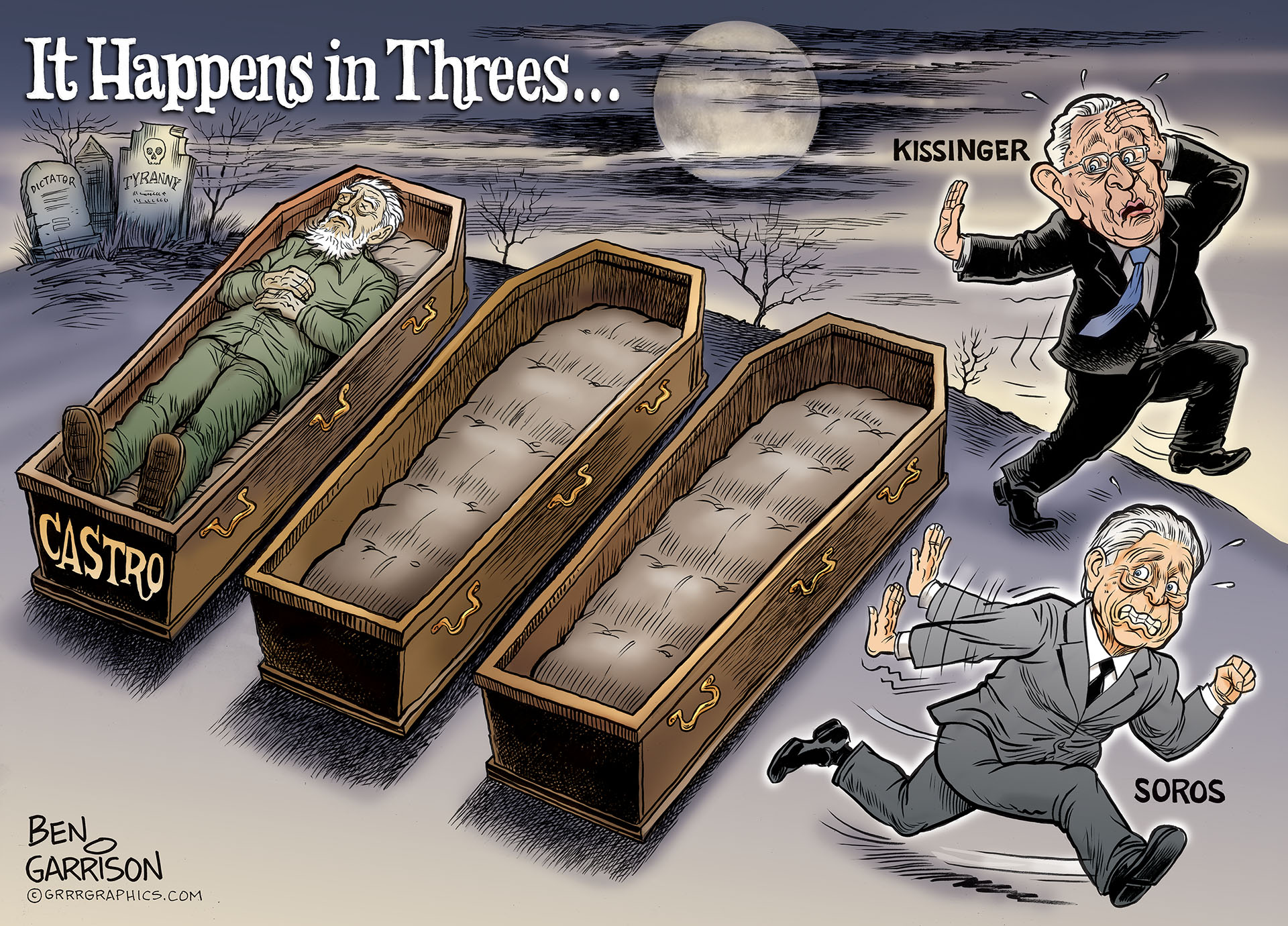 posted on Dec, 16 2016 @ 05:29 AM
link
Not only all this, but my closest friend was in many indie metal bands and was doing a lot of electronic/techno music. He would regularly brag about the quiet words he would hide in the rhythm, that you wouldn't hear unless you were told to listen hard for them. They're subliminal messages -- if he was doing it, just imagine what you're REALLY listening to on the radio.

Anyway, anyone who has "felt" the music has experienced the direct and strong effect on our emotions and mental processes music has. They're trying to manipulate us not only via the rhythms but via our emotions, and by manipulating our need to feel "accepted" socially.. especially through lyrics.

I haven't listened to the radio (willingly) in a long long time. I just listen to lyricless instrumental stuff made by "indie" producers... heck I just make my own if I really need music.

posted on Dec, 16 2016 @ 06:06 AM
link
Thank you for research! Very interesting!
Ive long stopped listening to the radio or music in general and opt for audiobooks, or podcasts instead.
Im 35, and was a teenager during the 'golden age' of hip hop. Idk if i just got old, but todays music has no content, no emotion, basically a lack of everything true music (as an artform) is about. Listening to hip hop nowadays is like listening to a 3 minute long commercial for things a normal working class adult cant afford. Gucci this, Cristal that, Maybach with a wiffle ball bat.
Have you ever checked out Mark Devlin? Hes a former DJ turned SERIOUS conspiracy theorist. I cant subscribe to everything hes about, but im defenetly with him on his music theory. www.markdevlin.co.uk...
He also has a very interesting book, Musical Truth,' (www.musicaltruthbook.com...)
Thank you again for your research.

It doesn't have to be radio music or bar music. A simple proof of concept is how a willing group of people crowding around a piano can sing themselves into a warm stupor in short order.

I remember the old Playboy articles on seducing a female explaining how to precisely stack your records on the player such as to heighten the atmosphere toward the final moves.

In the car, driving, mix in jolting advertising into the play list and you have a serial disconnect situation that is not conductive to a stable state of mind but more inclined to support a bout of sudden road rage.

I have a record called "Cowboys and Trucks", an homage to the American trucker. Freaking amazing record!