Cities in Sweden told to prepare for war!

Migrant crisis spiraling out of control

The Swedish Civil Contingencies Agency (MSB) has urged the country’s municipalities to prepare for war, another shocking indication of how mass immigration is threatening the stability of the European country.

With rapes and other violent crimes continuing to soar, film makers who attempt to document the problems caused by Sweden’s Islamic no-go ghettos are routinely attacked. Filmmaker Ami Horowitz was viciously assaulted by a gang of Muslim men in Stockholm recently, at one point fearing for his life.

The situation is so dire that even some Somali immigrants are considering returning home, saying that areas of some Swedish cities are more dangerous than their notorious homeland.

WOW Somalians willing to return home. Man it must be hell in those parts of Sweden.

Just another story of immigration gone wrong BUT yet goes on and on....
edit on 15-12-2016 by DeathSlayer because: (no reason given)

I'm unable to view the YouTube, do you have a link to a source regarding the claims about warnings by the Swedish govt agency?

posted on Dec, 15 2016 @ 10:20 AM
link
Many of us are unable to view videos and your OP is pretty skimpy on content...but you are making a pretty serious claim in the title. Do you have a source that backs it up?

Should have been prepared for war for quite some time now. Savagery is never peaceful as we've seen with these "refugees" so far.

originally posted by: tigertatzen
Many of us are unable to view videos and your OP is pretty skimpy on content...but you are making a pretty serious claim in the title. Do you have a source that backs it up?

The inflow of asylum seekers in Sweden, a country with one of the most liberal laws towards refugees, is putting an increasing strain on the country's police. There are now reportedly 55 areas in the country, where the law is not fully upheld.

My sincere and dearest apologies if the source doesn't suit your needs but if you ask you shall receive tis the season and all. I know RT gets mixed reactions around here. Plenty other links if your Google works.

It seems that local outlets in Sweden are more probable to cover this versus the national outlets, is this correct? I'm not from there but my searches show that it seems to be swept under the rug on the international level but the locals are fed up and are voicing their concerns only to be silenced by the bigger outlets which are state sponsored.

originally posted by: tigertatzen
Many of us are unable to view videos and your OP is pretty skimpy on content...but you are making a pretty serious claim in the title. Do you have a source that backs it up?

The original article from The Local, 'Sweden's news in English', says nothing about immigrants.

“There is nothing to indicate that war is likely, but we have the government’s mandate to plan for it,” MSB’s information head Svante Werger told SvD.

This thread is "Alex Jones adds to article to create clickbait".

Agreed.
I read the source article as well, no mention of immigrants, total fabrication thread.
...you just got your first star from me lol

I'm unable to view the YouTube, do you have a link to a source regarding the claims about warnings by the Swedish govt agency?

It's just more fear mongering from OP. It's an infowars anchor claiming that immigrants are raping everything in sight and setting fire to everything they can't rape. Of course they offer no proof and claim that msm is hiding everything. They then go into a christian rant and pretty much call for christian conquest of the world.

The same as every thread from this OP.

LMAO!
It certainly seems that way after reading the Swedish source link.

Could be a bit of karma for their messing with Julian Assange .

posted on Dec, 15 2016 @ 10:59 AM
link
Another tragic case of false news, but to put it into another context, the fear mongering can have a positive outcome, just that it won't fit a racist world view..

originally posted by: grainofsand
a reply to: Woodcarver

LMAO!
It certainly seems that way after reading the Swedish source link.


Go back through OP's history. Every thread is about islam=evil, christianity=shining beacon of hope in the wake of islamic apocalypse.
edit on 15-12-2016 by Woodcarver because: (no reason given)

Curious question do you sincerely believe anyone would just do anything cause they think it's a great idea? I'm not sure if it's stupidity or lack of reality

"Then the man took advantage of the situation. The abuse started in the toilet. “Where they came from we don’t know. This was going on for a couple of hours. “She got paralyzed in this situation and was not able to bring herself to resist physically, other than saying no.”

That's why they aren't creating stricter rules/regulations for asylum seekers.


Concerns are growing over security, amid fears Sweden could pay a terrible price for its indiscriminate welcome of people whose identities and backgrounds have not been adequately checked.

That is the problem. There is no proper vetting going on and is proper vetting even possible? We should not be letting these people in. They will not assimilate and many of them should be back home fighting. If you are unwilling to fight for your country you do not deserve to have one. Simple. 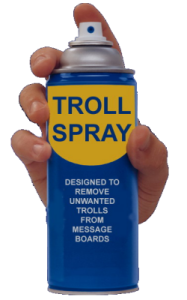 Not long ago there was a guy who invaded an island where a gathering of young political party youths were camping, he killed 70.

This is of course tragic but why did he do it?

Have a read:
A nice bedtime read...

posted on Dec, 15 2016 @ 12:52 PM
link
I am not sure about credibility of this guy but Immigration thing has escaladed. Nationalism is very much on the rise and many countries are seeing large alt right parties like German Nationalist, Golden Dawn, starting to see a lot of people really pissed at the situation.

I agree with OP, it's something Americans need look at and keep up with. Not every white male is multiculturalist. I personally don't believe in it. I think people need fix their own problems before going into another country and attacking Christian beliefs. It was very stupid of Europe. Out of million immigrants, studies show at least 8000 members are ISIS or terrorist tied. 14%women 13%children... it just doesn't make sense.

2016 is fall of globalism, rise of nationalism.

I think white people world wide is tired of it. Im not racist but you guys are underlined fact that Hitler/Nazis have happened before. When building country for over 1000s years will not tolerate mass immigration. It's like illegal Mexicans in America. Eventually these "white countries" are going to get pissed. Wait until ISIS starts bombing one of them like Reichstag building then BOOM. Right wing socialism from White Gentiles.

Crusaders and all... it's happened a lot, just because world is "modern" doesn't stop it from happening.