You promised that a quarter of mankind is going to be devoured by the wild wolves from the woods when the lamb opens the 4th seal:

The Fourth Seal: Death
And I heard what sounded like a voice from among the four living creatures, saying, “A quart of wheat for a denarius, and three quarts of barley for a denarius, and do not waste the oil and the wine.” And when the Lamb opened the fourth seal, I heard the voice of the fourth living creature say, “Come!” Then I looked and saw a pale horse. Its rider’s name was Death, and Hades followed close behind. And they were given authority over a fourth of the earth, to kill by sword, by famine, by plague, and by the beasts of the earth.…

This would be very convenient for us, because we suffer overpopulation, all major problems in the world are overpopulation problems.


“And the kings of the earth, and the great men, and the rich men, and the chief captains, and the mighty men, and every bondman, and every free man, hid themselves in the dens and in the rocks of the mountains;”
Revelation 6:16


“And said to the mountains and rocks, Fall on us, and hide us from the face of him that sitteth on the throne, and from the wrath of the Lamb:”

Who is trying to hide or running from the Lamb?

...and the leopard and the lamb, are together, truly bound...

“And I saw heaven opened, and behold a white horse; and he that sat upon him was called Faithful and True, and in righteousness he doth judge and make war.”

“His eyes were as a flame of fire, and on his head were many crowns; and he had a name written, that no man knew, but he himself.”

“And he was clothed with a vesture dipped in blood: and his name is called The Word of God.”

originally posted by: Ophiuchus 13
a reply to: galien8


I operate from the outside (alone)


originally posted by: Ophiuchus 13
a reply to: galien8


I operate from the outside (alone)


Speaking on the thinking of the LORD JESUS CHRIST, how he viewed mankind as fellow servants and did not look down on them.

originally posted by: galien8
This would be very convenient for us, because we suffer overpopulation, all major problems in the world are overpopulation problems.


Not even close. The Earth can easily support a human population many orders of magnitude greater than the ~7 billion we have today. Easily.

posted on Dec, 14 2016 @ 11:05 PM
link
a reply to: AdmireTheDistance
It seems all based on the perceptions of the observers & how they planetary activities... 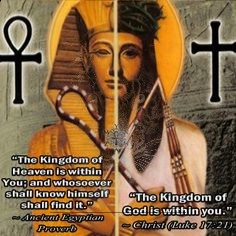 koine GREEK with thanks to ERASMUS for the phonetics

originally posted by: khnum
Its the Sixth Seal,Salty the Seal thats the big one.


originally posted by: galien8
This would be very convenient for us, because we suffer overpopulation, all major problems in the world are overpopulation problems.


Not even close. The Earth can easily support a human population many orders of magnitude greater than the ~7 billion we have today. Easily.

It's the cow farts and animal agriculture that's the real problem.

We must move to synthetic meat, and come up with new food products, new energy and environment technologies, and there it is.

Obama once stood up and told a bunch of people in a town hall meeting that if the third world all had refrigerators and air conditioning units, that the world would "bubble over", but given the resources that are available, and the fact that economic well being produces stable population growth over time, along with increased education and opportunity for one and all, it's entirely possible that all the world's problems can be solved with human solutions because they are all human problems, but we do not need a global government or a global state to do it.

We haven't even yet seen the true power and potential of the Internet and of computer networking and communications, and of people working together in virtual communities and virtual companies to solve common, every day world problems.

So I agree. There is nothing that cannot be done, but we'd still better move on it in a hurry to at least get it all started. Let's get this party started!


Re: Prophecy: As to Revelation prophecy, there are different ways of interpreting it. I even suspect that it might have been put in there to purposely drive us crazy, where it's a happy ending and a pleasant joke at the expense of all that horror, if you start out with the last page and kind of read it backwards.

Someone once told me, and I think she was right, that Revelation read forward is a trick and read backward, a joke.

What a way to test people's mettle.

All prophesy is realized of course, but there could be a whole host of ways in which it could play itself out in time and history.

There's always a dark night of the soul, and lamps and kingdoms rising and falling until it comes to a head, and then...

please let us now turn to the last page of the Holy Bible, and behold, you are the bride of Christ as am I, for better or for worse.

It's the destruction of a type of duality, where you have two trees of life on either side of one river (an image of a perfected human being's central nervous system) and the old tree that got us into this mess in the first place, not the tree of real knowledge but of the presumed knowledge of good and evil, as a duality and a dialectic and thus one of judgement and condemnation and of the nexus point of the line that separates the sheep from the goats and that kills and destroys? In the new reality, that tree is conspicuously absent, thank Heaven's.

You'll know it when it's come, as the Lord God in Heaven above as the Spirit of the Universe makes a return from every direction and from the starry clouds of the heavens even as the World turns from East to West, flashing like lightening.

And is not Jesus still standing at the door with opened arms if we would but have the courage to receive Him and be received, and in the process discover a pathway, and even a bridge and a royal arch (with keystone) across which humanity might begin to pass into a new domain of everlasting life and freedom, like a new pasture into which we can freely come and go (we might need still more "education").

We simply must come to the place, in the heart and mind and soul, where the light of life and truth and love is seen clearly to have prevailed in eternity, while founding an immovable rock of reason, logic, truth and love, relative to which we can either build with the builder and the great architect, or destroy and kill and try to tear down the kingdom He intends to build, yet while working through us as living stones in the temple he is building, and then it comes down by divine proportion, like the Bridegroom, and that, right there, is what the PTB are most afraid of, because by it's very nature it would represent the very end of their "rule" and the "New World Order" they were hoping for.

I see this struggle working itself out again in our own time, as if history is repeating itself.

We need the courage, I think, to "get" the crazy allegory and arrive on the far side of the great ordeal, so again, Jesus has left for us an authentic model of civilized leadership and love, and reason, and everlasting and eternal joy and love and inclusion, not exclusion.

We must learn how to cry and to laugh and sing again, and recognize in the Lord the very hand of God almighty that wipes away the tears from our eyes, and consoles us in our angst, and then shows us a new world of possibility which is breathtaking in it's implications and significance, and it's something of which we are all of us taking part, even now.

It's a celebration, provided we are able to see where we were self-deluded and turn and open our eyes, our mind and our heart, from which all good things flow out of.

We knew all about these thing in ancient times, and the Bible is pointing the way to it's final vision, which is mankind working in partnership with God, while enjoying the koinonia of an intimate, participatory fellowship, with the Lord of life and love, who also lives within and without, inerrant and transcendant.

God isn't a destroyer, and he's always with his creation as a God of love, and the only magic that ever really worked was white magic the magic of love and faith, hope and optimism and that right there is where the rubber meets the road and goes places far and wide.

It's Texas, on an acre each.

This would be very convenient for us, because we suffer overpopulation, all major problems in the world are overpopulation problems.

It's Texas, on an acre each.

Thank you. I stand corrected.

Be strange if every one of them (of us) had a gun.