The idea of Fake News is a dangerous concept to the 1st Amendment!

page: 1
21
<<   2 >>
log in
join
share:
Stevemagegod
+3 more
posted on Dec, 11 2016 @ 05:25 PM
link
"Congress shall make no law respecting an establishment of religion, or prohibiting the free exercise thereof; or abridging the freedom of speech, or of the press; or the right of the people peaceably to assemble, and to petition the Government for a redress of grievances." — The First Amendment to the U.S. Constitution


“We are not serious about facts and what’s true and what’s not, and particularly in an age of social media where so many people are getting their information in sound bites and snippets off their phones.If we can’t discriminate between serious arguments and propaganda, then we have problems,” Obama explained at his joint press conference with German Chancellor Angela Merkel.“If people, whether they’re conservative, liberal, left or right, are unwilling to compromise and engage in the democratic process and are taking absolutist views and demonizing opponents, then democracy will break down.” Read more: dailycaller.com...

Obama is both right and wrong at the same time. There is fake news. That is fact. However the people in charge of spreading fake news are our own leaders. Politicians Lie. That has been proven time and time again. Some lies especially when caught red handed are more damning than other lies. And have costed the same politicians who talk about fake news elections. These same Politicians have been caught red handed in the court of law and through email Hacking. Now nobody no matter who you are or what you do for a living getting your email hacked into #ing sucks. I have been a victim of email hacking and so have Politicians. However Hacking is a double edged sword and thus the Truth Serum to Politicians who lie like a rug. And when exposed the Media can have a field day with the emails or ignore it and say it's not from a reliable source when it's directly from the source. And Yes im talking about Hillary Clinton. Just in case you haven't figured it out already.

Example of why Hillary Lost: www.youtube.com...

Now on the other end of the Spectrum Trump calls it the "Dishonest Media". That is also true. During the 2016 Election Season the "Mainstream Media" acted like the Propaganda Arm of the ruling party. Spreading Misinformation about the candidate they didn't want 24 hours/7 days a week. Even going as far as claiming that the reason why Hillary didn't win was because of White Supremacy, which is just a blatant lie. As Hillary is just as white as Trump. If not more white than Trump. The Media is supposed to be unbiased. However they are the ones who are most guilty on both ends of the spectrum of spreading false propaganda.

And thats how these so called vast right and left conspiracy develop. No one knows who to believe. When the Government starts talking about Fake News and the Dishonest Media you should be afraid. Do you know why these Dictatorships like China, and Iran wanna censor the internet? Because Freedom of Speech, Ideas, and Thought is a powerful factor on Regime Change. And in the land of the free a regime change like Trump whom I voted for where everyone from the President,former Presidents, Democrats, Republicans,the popular vote, and the Media said couldn't win, had no chance of winning, couldn't break the blue wall: Happened. In conclusion, no matter how ludicrous "Fake News" story may sound there may be some trurth to the story. And when people start digging more of the same "Right or Left Wing" FACTS start becoming reality as Truth.

posted on Dec, 11 2016 @ 05:32 PM
link
I think the liberal media figured out that the very thing that gives them power, the 1st Amendment, is dangerous to their own agenda.

They would be better off being state run media organizations that produce only "official" news.

originally posted by: projectvxn
I think the liberal media figured out that the very thing that gives them power, the 1st Amendment, is dangerous to their own agenda.

They would be better off being state run media organizations that produce only "official" news.

Havent you seen the Emails that were "Asking" Hillary's team if they can quote certain passages ?

The idea of Fake News is a dangerous concept to the 1st Amendment!

Only if you are a conservative...

If u print liberal lies you are fine... 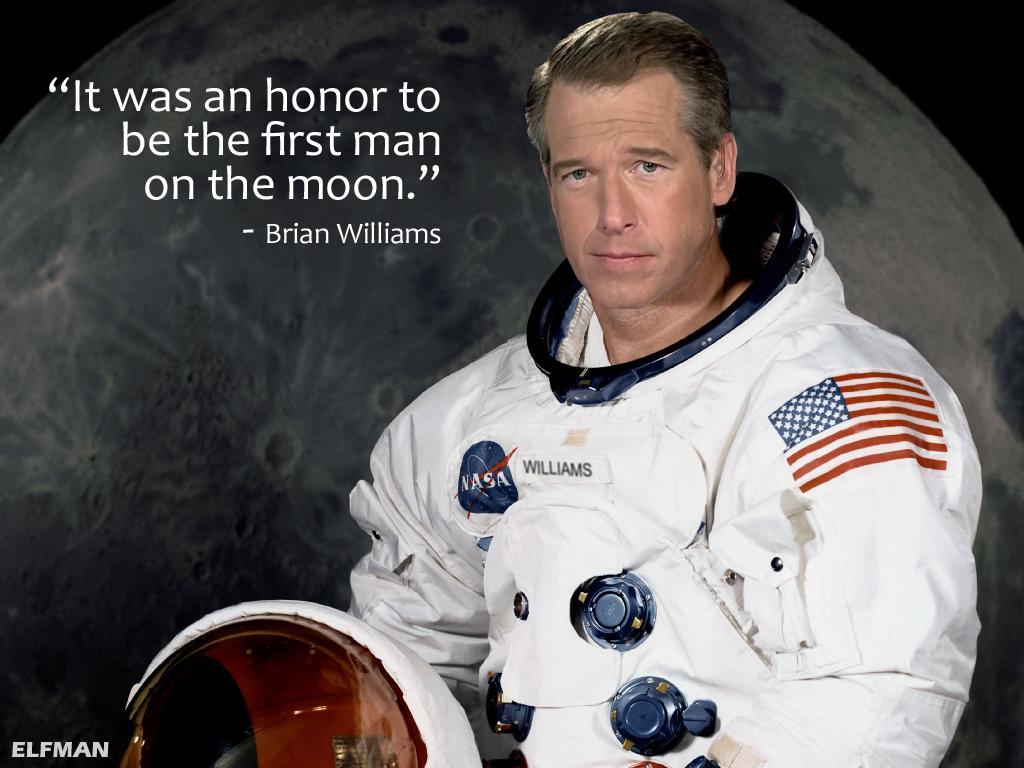 I think that is coming to an end.

Not just happening in the USA happening across Europe. What this is turning into is something very ugly in which the state has the ability to remove any information opposing the status quo. This turns off healthy dialogue and discusion which is good for any free society.

We are entering an information dark age.

Been saying this for a while, thanks for saying it better.

When you marginalize speech, when you categorize speech, you limit speech.

If you really believe that then you have problems.

It seems actually pretty rare to find something truly false on mainstream news. I remember there was a young reporter for the New York times that made up stories to advance his career, but other than their more reliable than conservative sites that exaggerate or make up stuff all the time.

Your thread about banning to kill a mockingbird proved the left is all too happy to ban anything and everything not in lockstep with their liberal religion...

Progressives lost a major election because their ideas failed miserably to engender support..

And so now they must remove alternate ideas contrary to their liberal world view…
It is very easy to defeat an opponent when there is no oppositional "news"..

Liberals will silence all voices who do not believe in the ethos of progressivism [if we let them]..

Remember, we are not as smart as them...
Liberals know what's best...
You and I are just uneducated rednecks who hate women, minorities, gays, foreigners and peace loving Muslims...
Sure I didn't know I was a xenophobic, racist, misogynist until a few weeks ago but thankfully I had democrats on CNN constantly reaffirm that fact...

Thank Allah we have progressives to tell us what is and is not acceptable and "real"...

The first amendment includes freedom of the press in it, but that does not mean the same thing as free speech.

Freedom of speech, however, is not an absolute right.

According to the current state of law, freedom of speech does not protect the following: Speech that contains "fighting words" (insulting or abusive language that is likely to cause "an immediate violent response"); Obscenities; Language or communication directed to inciting, producing or urging the commission of a crime; Defamation - words or communication that are false and untrue and are intended to injure the character and reputation of another person; Abusive, obscene or harassing telephone calls; Loud speech and loud noise meant by volume to disturb others or to create a clear and present danger of violence.

Freedom of the press is defined a little different...

Freedom of the press protects the right to obtain and publish information or opinions without government censorship or fear of punishment. Censorship occurs when the government examines publications and productions and prohibits the use of material it finds offensive. Freedom of press applies to all types of printed and broadcast material, including books, newspapers, magazines, pamphlets, films and radio and television programs.

Interesting for those of us that like history, we used to have in the US the Fairness Doctrine.

The rule, formally adopted by the Federal Communications Commission in 1949, required all broadcasters to devote a reasonable amount of time to the discussion of controversial matters of public interest. It further required broadcasters to air contrasting points of view regarding those matters. The Fairness Doctrine arose from the idea embedded in the First Amendment that the wide dissemination of information from diverse and even antagonistic sources is essential to the public welfare and to a healthy democracy.

In August 1987 the FCC repealed the Doctrine, claiming that it was unconstitutional, although the Supreme Court had ruled unanimously in 1969 that the Fairness Doctrine was not only constitutional but essential to democracy. As a result, general public is very rarely served with fair and balanced information. The public airwaves serve today no other purpose but to express the opinions of those who can pay for air time.

And here we are.

Sounds like the time not too long ago when cult leader Steve Jobs told the Apple faithful that were having problems with a new iPhone, it was not a design issue, but that "they were holding it wrong". They all agreed, because there is no way the leader would lie or misrepresent something. I guess he thought they were too stupid to hold a phone correctly. Anyone that disagreed and called it a design problem was ignored at best, and accused of attacking him at worst.

A little research can determine that something is fake.Its been like that since news started.

Not just happening in the USA happening across Europe


Yes , we in the US are ignoring that fact . It a Hillary vs. Donald thing . That is dangerous to the US. Very dangerous as this seems to be happening to an alarming amount of "free countries" .

posted on Dec, 11 2016 @ 07:01 PM
link
Fake News is a narrative that started the day after Trump's election. Coincidence? Or did the mainstream media finally realize that they can no longer influence and sway public opinion.

“The epidemic of malicious fake news and false propaganda that flooded social media over the past year — it’s now clear that so-called fake news can have real world consequences,” Clinton said. “This isn’t about politics or bipartisanship. Lives are at risk.” Clinton called for Congress to pass legislation to stop it and for tech moguls in Silicon Valley to continue searching for a way to block it from entering readers’ Facebook and Twitter feeds. “It’s a danger that must be addressed and addressed quickly,” Clinton said.

This is disturbing I just did a quick Google Search and this is on the 1st page. To hear a former Democratic Presidential Nominee talk about limiting Free Speech is very disturbing. Trump hates the Media but last time I checked he never asked Congress to censor it. He just goes to Twitter, essential giving the liberal Media the Middle Finger since all they have to do is quote him from there instead of chopping up his words. Like how the mainstream Media tried to spin Trumps opening line into saying he called Mexicans Rapists, Murders, and thieves.
edit on 11-12-2016 by Stevemagegod because: Grammer Check

If you really believe that then you have problems.

It seems actually pretty rare to find something truly false on mainstream news. I remember there was a young reporter for the New York times that made up stories to advance his career, but other than their more reliable than conservative sites that exaggerate or make up stuff all the time.