My Son just scared me a little bit...

page: 1
42
<<   2  3 >>
log in
join
share:
WishIhadknown
+14 more
posted on Dec, 6 2016 @ 12:06 AM
link
My son has autism, he is 5 turning 6 next July. We always knew he was different from a very early age. He was obsessed with writing the letters of the alphabet constantly when he was 16 mos. old. I have no pictures of the sun or flowers, just letters upon letters. He knew all of them prior by sight but taught himself to write upper case by then, and then mastered lower case shortly after. Needless to say he`s always been very smart in a kind of `Raymond`from the movie Rainman kind of way. He`s read books since he was 3 years old and looks at puzzles or objects much different than I or his Father do.

ANYWAY, my point is....he`s pretty damn smart. He has always seemed very intuitive as well, regarding people or feelings. He has also always had nightmares. He is a very happy boy during the day, but at night never has happy dreams. Usually he dreams of some sort of fireball. (his words). Tonight when I put him to bed though (out of the blue) he said that when we go camping there would be a big whirl-wind, and then a giant blue footprint would come down on us.

If he'd have said 'green' footprint I'd be checking the weather channels before I went camping for sure! Tornados are usually spawned by dense cloud structures so full of moisture, thermals and temperature variations they usually appear to be green or dark green. We call them the "Greenie Meanies". In the late evenings or at night they appear blue though from the lightning.

posted on Dec, 6 2016 @ 12:24 AM
link
a reply to: WishIhadknown
WIHK. I honestly have not a clue what to tell you except that you obviously love your son very much.

I know that he already reads but have you tried telling him stories at bedtime?

Maybe a neat or happy story would help him go to sleep in a better frame of mind.

posted on Dec, 6 2016 @ 12:33 AM
link
On a side note; I'd be very interested to hear some examples of how your son looks at 'objects and puzzles' differently than you do.

It sounds like your son may be more of a savant if he's truly as smart as you say, hence my curiosity on the puzzles and objects reference.

Hi WIHK.
If you haven't already: you might want to read:

In all likelihood your son will not have Synesthesia, but there is much other insight to be gained to help you on this blessed parenting journey.
Even if he has some very mild synesthesia: whirl-wind might just be a new expression, associated with wind, or some other thing that moves in waves, or similar. And giant-blue footprint: blue could be another type of characteristic, that we don't normally think-of as having blueness.

Does he use non-standard words to describe things?

Also: have you tried to help getting him to set an intention, for his dreams, as you tuck him in? Might help.

Thank you! We read together every day, only happy stories. His teachers- 2 schools (kindergarten and B.I. through an autism program) say he is the happiest, sweetest boy they have ever met. I don`t know why he has bad dreams. The only reason I brought it up here is because there is literally no reason for it. He`s had a wonderful life, loving older sister and parents that have been happily together for 13 years. No trauma....I dont get the nightmares at all. He`s so happy! I`m at a loss....

What television shows did you child have occasion to see? Could be something from there.

Thank you, it was definitely blue, and I`ve never heard of a tornado in British Columbia. But I guess you never know..

Is this boy allowed to hit or in some fashion to hurt the adults in his life. Even if he doesn't hurt anyone because he is not strong enough, in the minds of a child, they believe that they hurting them because in their mind, they are using all their strength.

I ask this question because a child that is allowed to hit or otherwise hurt their "protectors' will suffer anxiety and nightmares. Sub-conciously that if they are strong enough to hurt you, then anyone can hurt you and you are not a reliable protector

posted on Dec, 6 2016 @ 01:18 AM
link
a reply to: Flyingclaydisk
I cant recall all but for instance, I dropped a hand full of goldfish crackers in his bowl once (not sure if you have those or not) and he immediately said 17. Caught me off guard, so I counted and there were 17 crackers.There is no way I would have been able to call out an amount in an instant upon seeing them.

With puzzles or equations, he`s been years beyond his sister who is turning 8. She is very smart as well. He just either puts together 100 pc jigsaw puzzles, or builds things by either forming different things by himself or tearing apart things and reconstructing them on his own into something else but complex. Very good at math. His mind is amazing. I`m not sure what a savant is, so I will look into that (google) lol, thanks!
edit on 6-12-2016 by WishIhadknown because: (no reason given)

He only watches Treehouse.

Word of advice... format your text. Makes it more appetizing and readable.

Thank you for the book suggestion, I will be reading this for sure.

Non standard words are hit and miss usually. The only mistakes he makes on a daily basis are her vs. him and he and she. and if you ask him what he`s doing he`ll say I`m good today`` as if you were asking him HOW he was doing.

I try to set him up for good dreams nightly. I give him thoughts on all of his favorite things to dream about, and ask him what makes him happy. I dont know what else to do.....`he`s a little boy that has never seen anything bad. I don`t know how to help him in the dream department.
edit on 6-12-2016 by WishIhadknown because: (no reason given)


he said that when we go go camping there would be a big whirl-wind, and then a giant blue footprint would come down on us.

You might want to not go camping during a meteorite shower , especially if its stormy . Fireball dreams , blue footprint , whirlwind , why take the chance .

posted on Dec, 6 2016 @ 02:00 AM
link
This might sound silly but have you tried music at night. Maybe set a radio with meditation music set at a very low level, like 5 or 6 so it's barely discernible for his first hour or so of sleep each night. Don't leave it on all night or else it could wreck his deep sleep and also create dependency so he can't sleep without it.

Anyhow, some of the beautiful Asian music or spa music or something similar. If you have Sirius radio, it would be easy to select a specific style or record some off the net onto your laptop and play it for him. See how it works for him.

Thank you! I see what you mean.

Is the journey to the campsite going to be a long road journey, and will there be more sky and less light pollution than he normally experiences?

Here at 54 seconds we get a glimpse of one of the many whirl-winds of car travel.

And here is a sky as it might be seen by a young camper. 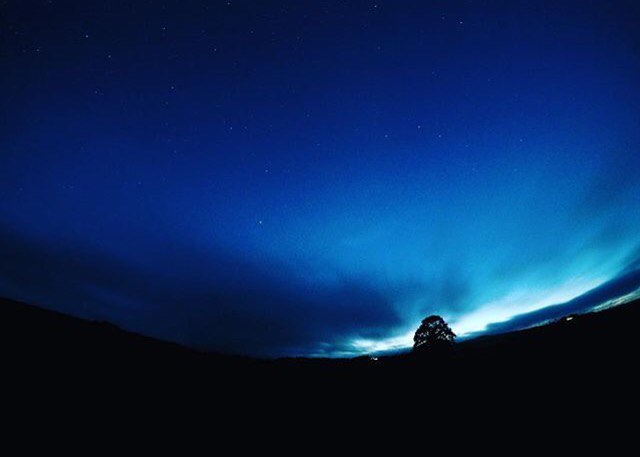 posted on Dec, 6 2016 @ 02:14 AM
link
Most people's minds are like web browsers. We have a bunch of tabs open at the same time. Some can run by themselves while others require input from us. Most people can reach a point where there are too many open and things start to slow down. Then there are people like your son. They can close all the other tabs and focus 100% of their attention on one thing and one thing only. That is how he can look at a pile of crackers the moment they hit his dish and say "17". Try that again with a box of 100 tooth picks and see what happens. Take a few out first just to make it interesting...

You might find that he can extrapolate the number of toothpicks, including the ones he cant even see, based on the positions of the ones he can see. The problem is that if a car were to drive through the living room at that same moment, he wouldn't notice because 100% of his attention is devoted to his chosen task. If I am right, you will find that he has some amazing skills and abilities. And also there is the likelihood that he will similarly have some areas where he doesn't seem to get it. I remember one case where a young man was a genius at math, all kinds of math. Tell him a date and he will immediately tell you the day of the week it was or will be. But if you ask him how much a pack of chewing gum costs he might say $1 and he might say $1000. For some reason the value of the object escapes him. Ask him to figure the tax and total cost of 396 packs of chewing gum - no problem as long as you tell him the price and the tax rate. He will give you an answer faster than you can get it on a calculator.

As for the dreams, my guess would be the same laser pinpoint focus that he controls during waking moments is looking for something to do when he is asleep. His dreams are probably more vivid and realistic because of his single track thought process. The intensity of the dreams may be frightening to him even if the content is not.

I wish you all the best and I hope your son finds his "game" and excels at it.