Fidel Castro, Cuba's former president and leader of the Communist revolution, has died aged 90, state TV has announced. It provided no further details. Fidel Castro ruled Cuba as a one-party state for almost half a century before handing over the powers to his brother Raul in 2008. His supporters praised him as a man who had given Cuba back to the people. But his opponents accused him of brutally suppressing opposition

I guess this means his brother Raul will now "officially" be in power.


ETA:
Apparently, I grabbed a source of original content from CNN that said Ramon Castro died which was correct but outdate however, I have updated my info and links to correctly state my post.

Sorry for the confusion.
edit on 11/26/16 by ThePublicEnemyNo1 because: (no reason given)

I know the link says Ramon Castro, but it's being reported that FIdel Castro is dead. If you find better info, please update.

ETA
Thank you
edit on 11/25/16 by ThePublicEnemyNo1 because: (no reason given)

No worries, it's popping up everywhere. CNN has it wrong per usual

Yes, Fidel has reportedly died. Why are you linking to a source from February about Ramon?

OMG. Which is it?

And they talk about fake news?

I think in haste, the OP linked CNNs older story on the brother.

I was watching a docu on JFK last night and i thought- wow, Fidel Castro has outlived all of his enemies and still going. Now he's gone.
He definitely made an impact on history. 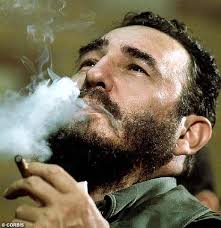 Yes, but not officially by US standards.

That story is from February, it does look like todays story is that Fidel has died too.

I didn't notice it was from February. My apology.

I think you've still time to fix the OP should you choose to.

I agree, I think Fidel could have been his last enemy.