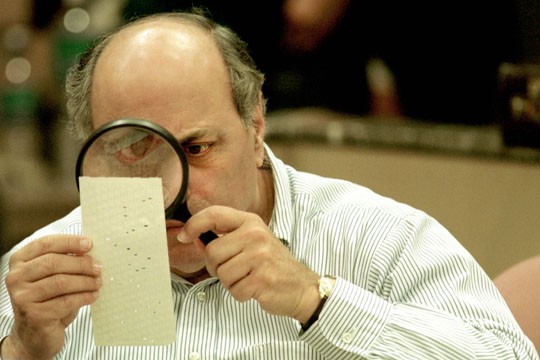 It was filed before the 5:00 deadline today in Wisconsin. Here is Wisconsin's Official Twitter announcement:

The Commission has received the Stein and Del La Fuente recount petitions. Details and news release posted soon at elections.wi.gov...

With some 90 minutes before the 5 p.m. local time deadline, officials with the Wisconsin Elections Commission announced on Twitter that they had received Stein’s request.

I think it's pretty safe to say she will get Michigan and Pennsylvania done next.

The deadline for requesting a recount in Pennsylvania is Monday, while Michigan's is Wednesday.

I can't wait for the disinfo and fake theories coming.

posted on Nov, 25 2016 @ 04:39 PM
link
I speculated the other day that even if the deadlines are made, Trump will likely file in court to enjoin the recounts.

I think the chances of heading towards a Constitutional crisis are greater than ever before!

Think upon this possibility for a moment...

These suits will likely go to the Supreme Court. That court sits with eight evenly divided members, given the Scalia seat remains vacant.

If people thought the election season and Trump's win was crazy, I have a feeling we are going to be redefining yet again what crazy really is...

posted on Nov, 25 2016 @ 04:39 PM
link
It mustn't be a public holiday or they made special considerations to get the paperwork in before the deadline.

I wonder how they will actually go about recounting the digital votes :S

originally posted by: Kalixi
It mustn't be a public holiday or they made special considerations to get the paperwork in before the deadline.

I wonder how they will actually go about recounting the digital votes :S

The public holiday in the U.S. is Thanksgiving Day.

The following day isn't a declared holiday although many people have the day off from jobs.

They even got an official tweet when the government employees are on vacation!

Meanwhile it takes months to get a response for any other government request filed by mere plebs.

We could be seeing the start of a Constitutional Crisis.

posted on Nov, 25 2016 @ 04:49 PM
link
Just because there is a request doesn't mean it will happen though? Otherwise anyone could petition for recount anytime. There have to be some guidelines for who can do it and why.

originally posted by: Deny Arrogance
a reply to: xuenchen

Wisconsin Democrats have been majorly PO'd since they failed to oust Walker three times.

I can petition for Jessica Alba to give me full body massages.

Doesn't mean she will.

We seem hell bent on ripping this nation apart. Perhaps, we are seeing the inevitable.

I'm tired of the relentless #-storm.

If one ever wondered what it was like to live through the collapse of a nation, look no further than home, I'm afraid.

They do seem hell bent on setting some nasty precedents this time around don't they?

I can't believe that the idea of one party is that attractive to them that they're willing to go this far.

All of the previous standards of our social contract with one another have been thrown out of the window. Metaphorically, we are burning the place down.

What was just a couple of years ago thought of as unthinkable, seems commonplace now.

Thinking about SCOTUS, even Ruth Bader Ginsburg crossed a line previously thought inviolable when she openly criticized Trump. Now consider this. If a Trump case goes before the Supreme Court, will she now be asked to recuse herself because of her very public comments against him?

One # pile after another.

originally posted by: xuenchen
Crazy nuts on the loose !!!

I can't wait for the disinfo and fake theories coming.


Me thinks you're worried about the possible Results.

You don't seem to get it.

Whether Trump wins or loses. No one wins now.

The "nuclear option" has been deployed. 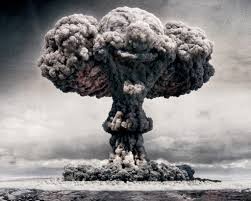 There will be little satisfaction from either side sitting in the ashes.

originally posted by: loam
a reply to: ugmold

You don't seem to get it.

It's all about the end justifies the means with the triggered regressive snowflakes.

originally posted by: Deny Arrogance
a reply to: xuenchen

well somebody got the news up on the site anyway....