"Glass and a half in every block"

Look at the link; clearly show's "Cadbury Choc", also has a picture of a historic label showing "Cadbury's"


I looked at the link. Interesting. I rang Cadbury's consumer information and asked them. They had never heard of Cdabury's with an S??? Does not add up.

originally posted by: TheInfiniteFantastic
But Cadbury's as I know it is an interesting change as there is a lot of residue left behind.

Cadbury is and has always been the company name, which is the surname of the founder: John Cadbury.

Cadbury's is the possessive form of Cadbury, i.e. Cadbury's chocolates.

The picture of the tin that you posted is a good example as it has the two names. I see this simply as indecision by the company, seeing as they often used the two names interchangeably, so at one point they decided to consolidate their brand and only use "Cadbury" on their products.

There's nothing mysterious going on here.

those Yanks, buying out everything, Kraft Mondelez International

The second you unwrap some of the Hershey Corporation’s “finest” you’re nostrils will be assailed by the faint but distinct aroma of what can only be described as baby’s vomit. Hold your nose and take a bite, but beware, it doesn’t get any better! The stuff tastes positively vile. Rank even. The aftertaste is so reminiscent of having thrown up in your own mouth that you are quite likely to do just that.


Does not add up.

originally posted by: Gothmog
a reply to: BlueShaman
Name one other product with 2 names labeled on the one product.

Several instances of Cadbury's and one of Cadbury: 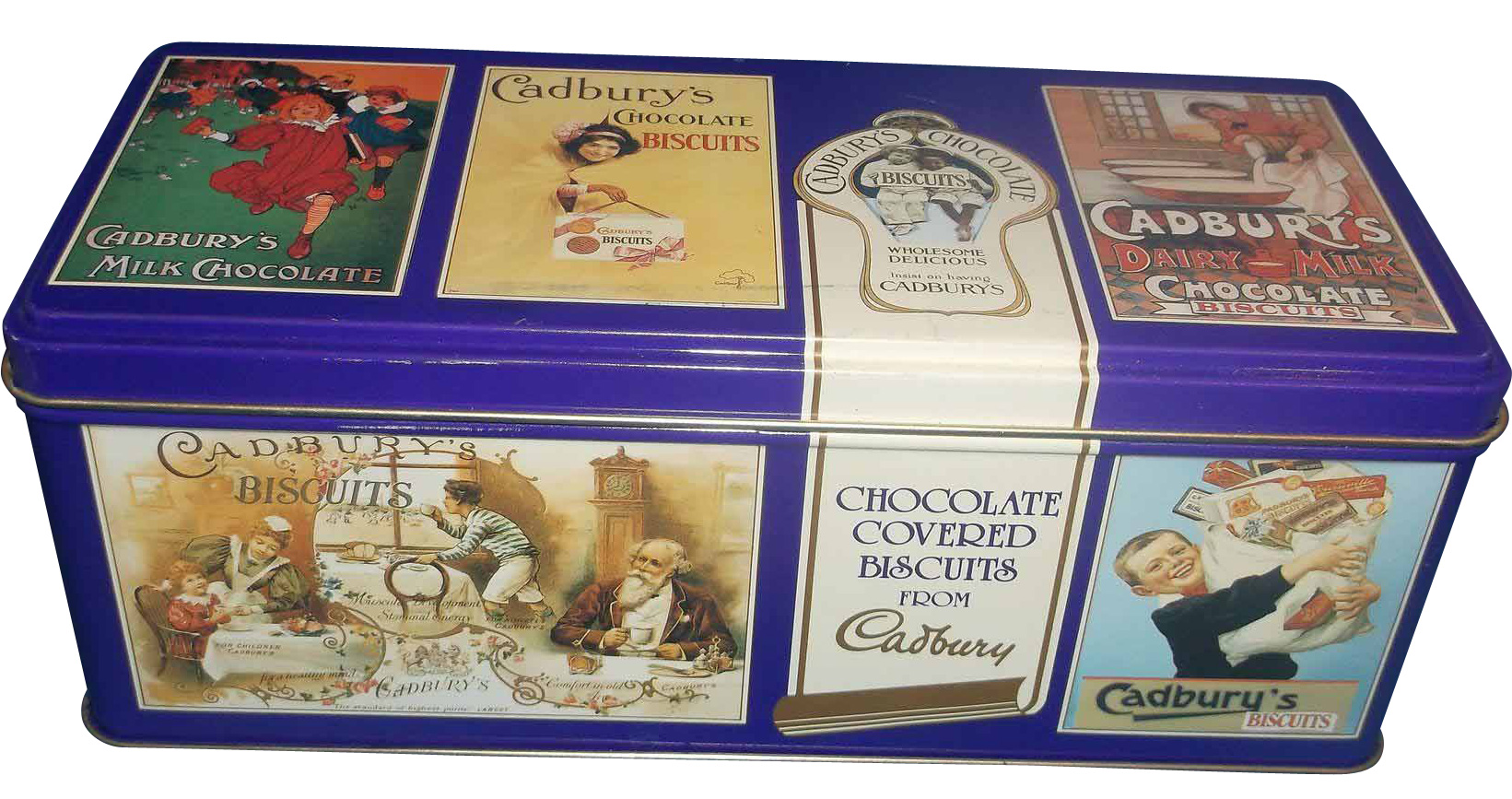 This one says Registered Trade Mark "Cadbury" at the top: 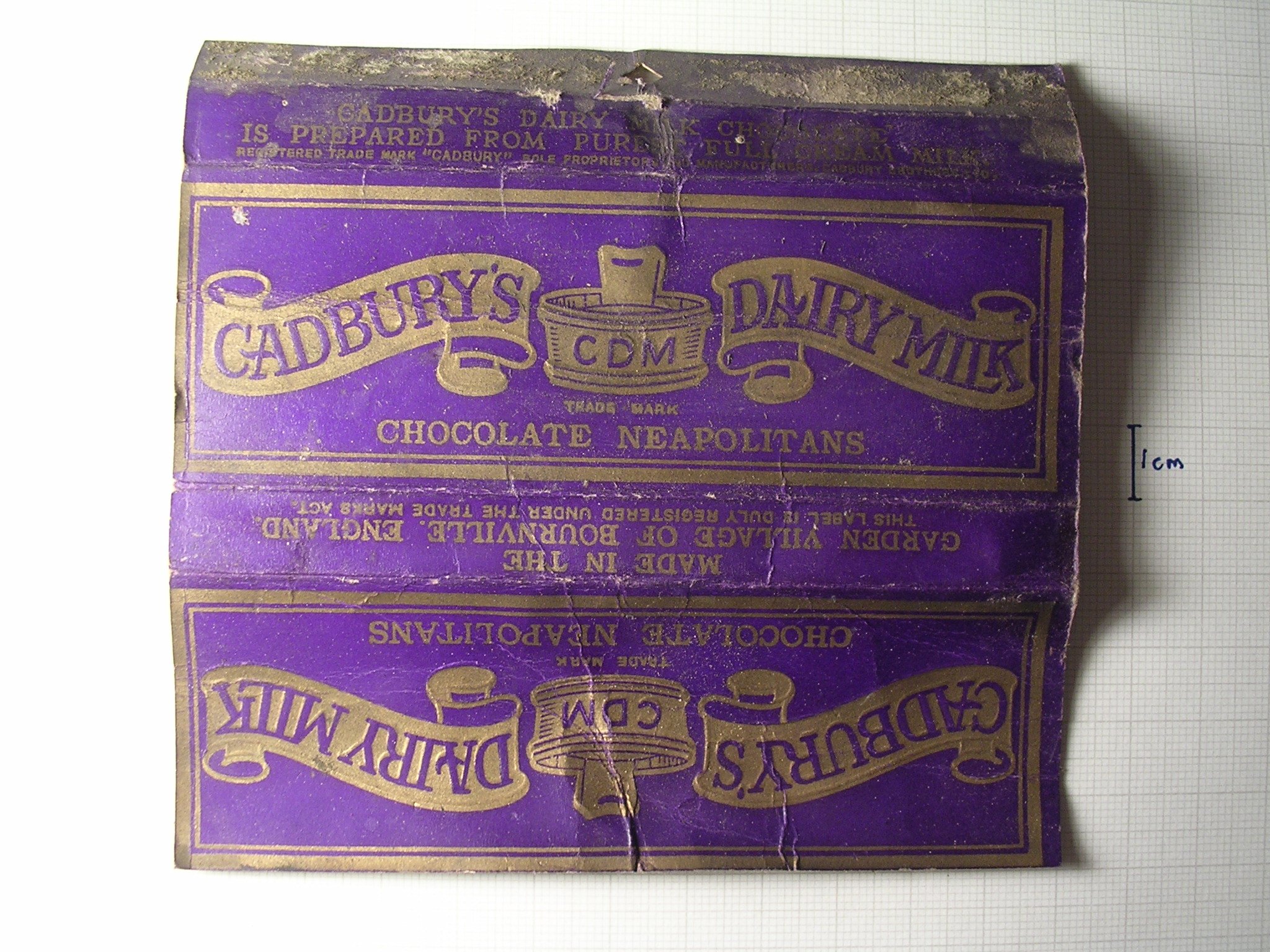 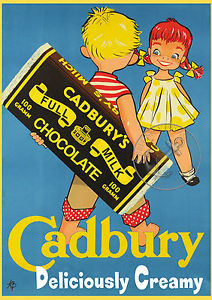 Remember this was the best chocolate in the world, then over here in England it get's sold off and the rug pulled out from under the Grand daughter of it's founder whom opposed the sale to non other than Craft, hence Chocolate cheese, the quality has nose dived and it tastes bloody awful compared to what it used to.

It was always Cadburys to me though I do also remember Cadbury chocolate and believe both were registered trademark's of the company.

I assume Australian and New Zealand Cadburys is actually a subsidiary of the UK parent company which as since been corrupted by the sell off to Craft.

Always was Cadburys to me though a Bar of Cadbury chocolate has also been read in many recipes, probably not any good anymore as the quality like I say is now crap.

This should answer your query.


2003 Name rebrand In 2003, Cadbury dropped the 's' from its name and renamed the brand to Cadbury. The company found that it was a much more suited, rounded name than the previous "Cadbury's". This change was announced on 19 December 2002.[citation needed][opinion]

In 2003, Cadbury dropped the 's' from its name and renamed the brand to Cadbury. The company found that it was a much more suited, rounded name than the previous "Cadbury's". This change was announced on 19 December 2002.[citation needed][opinion]

That section has, at the end of '2002': (citation needed) (presented as fact on April 2015). That means someone edited the page to add this section on rebranding, but Wikipedia is stating there is no source and is looking for a citation.

The Cadbury Wikipedia page has 500 pages of edits, mostly from 2016 and 2015. That is a LOT of edits. There seems to have been no source presented for the rebranding section.

Going back further in the revision history for rebranding, someone states 'this claim needs references to reliable sources'

Yes well researched. . Can't trust Wiki as it is being re written to accommodate the changes.

It is mainly trustworthy. Very dedicated volunteers go over the facts. I have edited some pages for minor mistakes and a moderator accepts or declines. They usually just polish up my edit without changing the meaning.

It is good to look and see if a section or fact has a good citation.

That is either Cadbury changing it's mind several times, mistakes or ME residual- meaning he timeline change was attempted, yet was not done right.

I always remember Cadbuy's. If someone could find the trademark for both names prior to 2002, that would be a good start. Or even well before, as some vintage pictures are conflicting themselves.

True. At some point that changed. I started making Thanksgiving dinner the first year I was married. We would do 2...one for my in laws and one for my mom's side. one the night before and one on Thanksgiving. Both mom's graciously passed me the mantle..they were probably just tired of it and acted like they were giving me a gift lol.

It was somewhere around 1997 I know the date changed and I was talking to my mom about it. She thought it had changed as well.

How do you explain my 1950's tin with Cadbury chocolate and Cadbury's chocolate???

Yep, the ME affected half of your tin while the other half stayed in this timeline.

I like Godiva or Toblerone. I read recently they want to change the shape of Toblerone....I think the social media response will have them walk that back.

Thank God, one that is actually an improvement for once! I was worried it would now be Cadbury's. I'm not part of many of these unexpected shifts in either memory or reality. But, I'm VERY annoyed that in the Wizard of Oz where the witch dispatches the demon monkeys its not "fly my pretties... fly... fly" but rather just "fly.... fly" which I really would have bet my life on because it was such a disturbing and memorable line to me as a child being the first "horror scene" I witnessed. Well apparently I "remembered that wrong". Wow, life's disappointments. I really want these movies to be re-made with the much better lines because the way people remember it is always better. It could well be a subconcious way of fixing things that don't make sense and then later on when we are forced to notice the way that doesn't make sense we are disturbed.

I'm tend to be a skimming reader reader, and have read an entire sentence that didn't really exist before when I glanced back. But of course much more often than that I'll see words that never happened upon reflecting back.

It is 'my pretties', I have not heard that one yet. I was most shocked to see the
Scarecrow with a gun.

Does that make Nelson Mandela god?

I got a good laugh out of that, even if it wasn't your intention. I laughed.

This is just bad religion.

posted on Nov, 24 2016 @ 09:16 PM
link
Having grown up just a few miles away I can safely say that everybody in Bournville will still be using the possessive, and will probably do so for eternity. We Brummies aren't very good at changing our dialect, sorry. The exception to this might be when referring to the factory; I tend to drop the 's' in that case (that is, "the Cadbury factory") and I think a lot of other people do as well. Seriously, you'll have a hard time finding anybody in Birmingham saying "Cadbury Dairy Milk", it just doesn't roll off the tongue without the 's'.

Birmingham City were going to re-brand the club with the Cadbury's name at one point, I'm not sure now if it was the club itself or just the stadium, but it didn't go down very well with the fans (be it with or without the 's'). Now imagine they did that and now we find ourselves saying "Kraft Foods Football Club". Yeah right, I know the ground was almost turned into a supermarket back in the early 90s but that's just going too far!

As a side-note, Sainsbury's is the other way around - stores used to bear the sign "J. Sainsbury" but now it's just "Sainsbury's". As for "Tesco's", it was never branded as such but that doesn't stop people like me saying it that way.

And as a bit of trivia for you all - it's illegal to sell alcohol in Bournville.

edit on 24th November 2016 by VigiliaProcuratio because: