Who's History is the Truth ?

"There're some who say big lies are easiest because nobody believes a big lie can happen."

posted on Nov, 24 2016 @ 02:57 PM
link
The trick is this....our Human history is comprised of 3657 year cycles.....every 3657 years we get wiped out, and we rebuild.....on some occasions before we get wiped out we DO LEAVE THE PLANET ENMASSE.Each time we get wiped the MAJORITY OF OUR surface geology on the planet changes either tangibly or in terms of global positioning.Our HUMANITARIAN history is build in CIRCLES LAIN ATOP EACH OTHER AND SHAKEN AND MIXED EVERY 3657 YEARS....our history is NOT LINEAR OR CAN NOT BE CONSIDERED IN TERMS OF ONE CONTINUING LINE...not on this planet....as a HUMAN RACE we must consider where the Cycles of Humanity who left the Earth went and how many they are and THIS IS THE LINEAR Universal Humanitarian history and it has uncounted living evolving tentacles of different ages and stages and forms.

Earth is a staging ground or a hatching ground for Humanity....and there is a 3657 year term upon which we better be flying Interstellar or its bye-bye for possibly our entire flavor of humanity we cultivated this go round.

People seem to choose to believe what they wish, especially when in mass numbers, nobody wants to believe there is never hope or that the worst may be only around the corner.

They say ignorance is bliss or that the truth will set you free, but the fact of the matter is that sometimes bad stuff happens and ignoring the situation seldom works out to the betterment of the persons involved.

History will most definitely become much more accurate as time goes on due to technology . Those in the far future will have a much easier time studying us than we do studying the egyptians. At the end though as accurate as the information might be , it will still just be " here say ".

Wow! That seems like a whole different subject all together almost . Sounds very interesting none the less. Have you made any seperate Threads on the subject matter ? If not can you just feel me in when the next 3657 cycle ends lol ?

Unless of course those in the far future are back living in caves with no idea as to how to access the cloud/USB stick or any other form of modern day storage medium. Books are becoming a thing of the past and to be honest that could potentially be a problem.

Video evidence and/or audio recordings will amount to a little more than here say through. Just think how informative film of the fall of Rome/Babylon or the crucifixion of Jesus(if it actually happened) would be to humanity in this day of age?

We might actually learn form our past historical mistakes instead of repeating them, then again chance would be a fine thing indeed.

I think you may find recorded history extends a little further back than only 3657 years, it may be a little sketchy, but it pretty much dictates no extreme ELE has occurred in the past 3657 years.

We had the Carrington event in the 1859, that could potentially have done a whole lot of damage to humanity if we had been of the same technological standing as we are now i suppose.
edit on 24-11-2016 by andy06shake because: (no reason given)

Yea I never even considered that. Video evidence ( if it were to survive ) would be pretty compelling evidence. I would imagine if someone could have recorded jesus walking on water with a video camera it would have gave christianity quite a boost !

posted on Nov, 24 2016 @ 11:34 PM
link
The best history to tell you the truth is the findings of archaeologists. They can show where trade existed between two tribes thousands of years ago through tools that were traded as well as through left overs from within dried human dung that shows what they ate etc...

Recorded historys chronology cannot be trusted.Google Newearths videos.I never bothered with her documenting her details because I found a shortcut to her conclusions , IMHO you should check out her stuff.

Geology interpreted by the 6 senses can be trusted.

Oil is not millions of years old it is FRESH,I know because I have drilled the holes we use to take it out of the ground and I have tasted it,oil is fresh and it is comprised amongst other things of billions of humans.

Science has shown us rock can form in as little as 2 years underground in specific conditions as has been proven,these global cycles create this conditions on an epic scale.

originally posted by: LittleFire
a reply to: one4all

Wow! That seems like a whole different subject all together almost . Sounds very interesting none the less. Have you made any seperate Threads on the subject matter ? If not can you just feel me in when the next 3657 cycle ends lol ?

You might wish to remember this thread,humanity will eventually learn the truths,before or after this current incoming event.

There are many threads providing the constellation of peripheral evidences one needs to put together the big picture,we simply have to think bigger.

The incoming date I support and David Hamel supported is peeping up here and there online several different groups are rationalising things out relatively quickly considering the situation....lol........slowly and surely the people in the know are creeping towards the actual date...it is difficult because all calenders have been undermined and altered to hide the true date we are living in[see Newearths work] SPECIFICLLY so no one can predicate this event.

Nope I do NOT do threads dealing with this topic,I only discuss things in passing ,it is a toxic topic and I refuse to be a part of the dynamic it is not in my contract.....I am only focused upon my own family and sharing difficult to piece together but very public causatory data with them ....David Hamel IMHO is hot on the trail of the date but without help or more supporting data his explanations are difficult to understand for EveryMan.

I must have missed the point due to the examples you used. It's extremely likely Hitler died by his own hand in the bunker.

There are spurious rumours that he escaped to Argentina (or any number of South American countries). While extremely unlikely, that's an unlikely possibility.

There are as you say survivors and also artifacts that the holocaust occurred, so it's not 'possibly true' that it didn't apart from in the mind of a denier. To be fair, it's not really an example that fits with the first two you used.

"Oil is not millions of years old it is FRESH"

Its fresh because its stored underground under optimum condition and pressure.
edit on 25-11-2016 by andy06shake because: (no reason given)

I was being facetious about the whole holocaust thing. I thought that was apparent , Im sorry. Please just look over that part.

You are becoming one of my favorite posters.

posted on Nov, 25 2016 @ 11:10 AM
link
I can only assume that most of us who frequent this site can peruse the information and seperate the gray from the black and white, yet we often times let our own bias steer a narrative. I took a political science class in college where my own view point clashed with the proffesor's. I made the mistake of believing an educator would be well versed in the political biases that continually manipulate history, but I was wrong. I had to use kid gloves when touching on any liberal view points... historical revision is serious problem

I was being facetious about the whole holocaust thing. I thought that was apparent , Im sorry. Please just look over that part.


In order to prove that the Holocaust happened, we should first have to establish that the Nazis actually existed.

If the Nazi party existed in Germany they would have had a calendar. 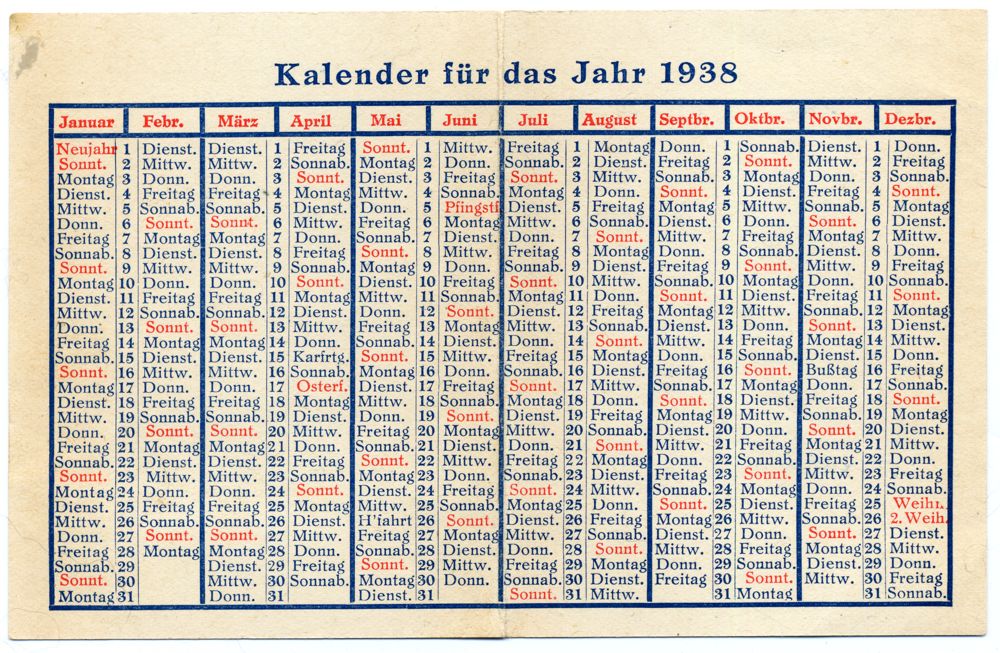 Here is one of their calendars.

From this I conclude that the Nazis did, in fact, exist.

Now that the premise is established, on what date did they start the Progrom?

The agreement was designed to enable Jews fleeing anti-Semitic persecution under the new Hitler regime to transfer some portion of their assets to their refuge in British Mandatory Palestine. It provided some relief for Jews fleeing by allowing them to recover some of the possessions and assets they were forced to surrender before departing.

Here is an actual signed Haavara document listing the value, in reichsmarks, to be redeemed in Palestine. 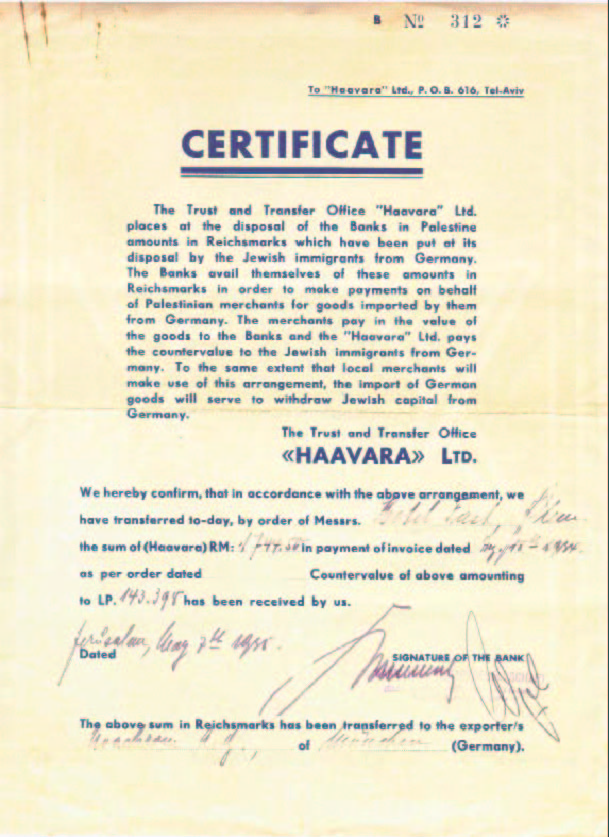 
Conclusion: The showers happened.
edit on 25-11-2016 by mikegrouchy because: (no reason given)

posted on Nov, 25 2016 @ 11:21 AM
link
So what else can we learn about history by tracking down the development of calendar math, and calendar technology?

Here are some of my own humble findings.

Please do not take this at face value, and do your own research.


According to the Maya: Tzolkin 4-hau Haab 8-Cumku
"Was seen the image of the turtle"
Letters are invented


According to Maya: World destoyed by The Great Flood
"Dates are invented"
Begin Third Creation


According to Hebrew: The Flood


Possible first Greek Games
Minoan: Year of 62 weeks of 1/5th of a month


Julian Calendar introduced
backdated to the founding of rome
709 AUC

👍 That was the main reason I wanted to make this post was to see how people went about doing there history research.