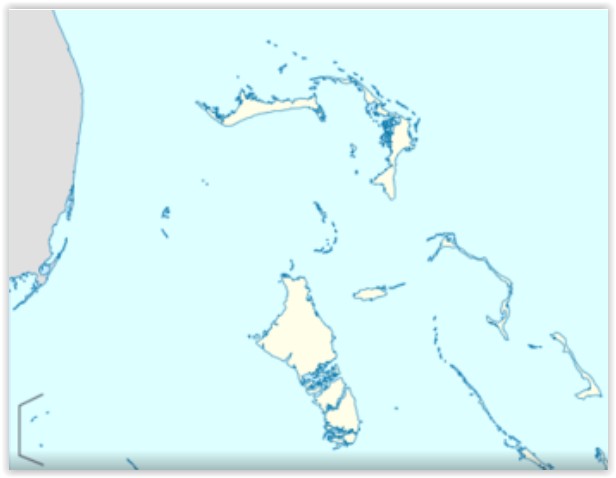 The Nassau Guardian newspaper has reported that the government of the Bahamas has given the green light to its embassy in Beijing to pursue agricultural and fishing partnerships with China. The proposal reportedly could bring $2.1 billion in cash, along with agricultural and farming equipment, into the Bahamian economy, over 10 years.

And Representative Ted Deutch from Boca Raton, who is a member of the House Foreign Affairs committee says he worries about the national security implications of this potential deal.


And from another source:

"China, their interests in this, would get exclusive access to fisheries in Bahamian waters," Wiley said. "A lot of people may not realize this, but the boundary between the United States waters and Bahamian waters is still in dispute. It's still not been clarified, so that further makes this an issue."

Get ready for everyone to collectively freaking lose their minds over this!

All the frozen fish in local markets is already from China.
So, they need more markets to saturate with fishing boats and deplete the natural resources even more? Why didn't the US have this opportunity, and how did China get exclusive access?

China subs under every fishing boat waiting to launch Nuclear hell on the US?

What do I win?

Year supply of rice a roni (the San Francisco treat)?

originally posted by: havok
a reply to: loam

Why didn't the US have this opportunity, and how did China get exclusive access?

Meanwhile from one of the source articles above:

"It is anticipated that the agricultural products and the seafood will be used either for local consumption or will be exported to China or the U.S.A. for sale," the proposal says. "The management of participating companies will resolve to do what is in their best interest."

Commercial fishing for conch, lobster, snapper and grouper are mainstays of the Andros Island's economy. However, the indication is that the Chinese firms want to target dolphin, kingfish, marlin, tuna and wahoo.

However, the indication is that the Chinese firms want to target dolphin, kingfish, marlin, tuna and wahoo.

What Does China Want From The Bahamas?

Currently, The Bahamas remains committed to the one-China policy and the position of supporting China's reunification and not having official ties or contacts with Taiwan...

China will remain committed to the idea of exchanges between political parties in The Bahamas on the premise of independence, full equality, mutual respect and non-interference in each other's internal affairs to learn from each other, increase mutual understanding and friendship, and strengthen mutual trust and cooperation.

The People's Republic of China will pursue a balanced two-way trade between the two countries with an open consideration of free trade agreements justified in the context of win-win cooperation. The government of China will encourage Chinese companies with a good reputation to invest heavily in The Bahamas manufacturing, agriculture, forestry, fishing, energy, mineral resources, infrastructure, and service sector with the aim of promoting the economic and social good of both sides.

Chinese commercial banks will set up branches in The Bahamas shortly. China will promote its capabilities in The Bahamas agricultural industry through science and technology. Holding technical training programs, partnering in the efforts of jointly upholding food security. In 2009, The Bahamas signed an MOU with China as well as an Agreement of Co-operation between BAMSI and Ocean University of China.

China will use The Bahamas to demonstrate its infrastructure construction potential in various ways so as to contribute its share to further infrastructure development in the region. Thus far China has constructed Baha Mar, The National Sports Stadium, North Abaco Port Project, and The Nassau Airport Gateway. China also wishes to expand a beneficial cooperation with The Bahamas in the area of resources and energy with an understanding of The Bahamas energy inefficiencies that consequently stifles economic growth.

The Chinese will expand its tourism cooperation with The Bahamas...China will prolong its debt cancellation policy in The Bahamas if the situation presents to relieve the country's debts as China's ability permits...

Both countries will collaborate in the areas of cultural, sports exchange, media, science, technology, and health care. The government of China will increase the number of Chinese government scholarships.

China will actively provide Military assistance to The Bahamas and defense dialogue. Recently through its agreed on obligations, China donated 1.2 million dollars to The Bahamas to purchase military equipment so as to improve jointly the capacity to respond to non-traditional security threats. Without a doubt, The Bahamas must prudently manage the complexities within the relationship. China's growing presence in The Bahamas warrants active policy consideration. The Bahamas continues to be courteous to the advancement of China's political, economic, social and cultural integration with the view of safeguarding it country's long-term interest.

Thousands of Florida residents and corporations are at risk if a reported deal granting China fishing rights in Bahamian waters—miles off the coast of Florida-- becomes a reality.

Lisa Ruth spent more than a dozen years as an intelligence analyst for the CIA. She worries about a report that Chinese and Bahamian governments are in talks to split fishing rights in waters east of Florida.

she says Chinese fishing boats are already spying on the us.

"They're already doing it. No question about it. But it’s like we’re handing them a blank check in some ways. This makes it so much easier,and they can pick up so much more."

The proposed deal--so close to the Sunshine State--makes Florida businesses and even residents particularly vulnerable to Chinese intelligence agencies.

Ruth said, "Their fishing boats are equipped with equipment—a lot of extra equipment the Chinese government puts on. We already know they put these on fishing boats. They record everything they hear, and they send it back."

I wonder if the boat will be arriving empty or if they will be dumping crap all over the place and then carting all the good fish back to their home ports. I mean it seems like a long way yo travel for fishing, they must be getting something more out of the deal.

Are we at a loss for fish around the Bahamas?

Is your question an invitation for the Chinese to do that here?