Looking for a Cadillac Hearse

I have been searching for a while now for a Cadillac Hearse. My dream is to own a 1959, but my pocket book usually don't agree with me, so I have decided that anything between 1959 and 1973 will work.

I usually search daily on craigslist, ebay and numerous other sites. I thought I would give this a go because you never know when someone has a beauty sitting in their barn collecting dust.

If anyone knows of one that is currently up for sale, please reply.

Try here. They have all kinds of classics.

Yes, I have seen that one. There are a couple of Pontiacs on ebay/craigslist right now. I guess I should also add that I am looking in the Indiana/Illinois/Ohio and Michigan areas. I am also looking to stay under $5,000.

I don't really want to buy one sight unseen so I am trying to stay within a couple hundred miles of where I live so I could reasonably travel to check it out before I purchase.

Under 5K? You're gonna get a pile of rust, that will take years of work and lots of $$$$$ to restore.

No necessarily. I have seen some 60's sell for around $5,000 that are in pretty decent shape. It don't have to be all shiny and new looking. I don't mind putting some work into it, as long as it is not a rust bucket.

Recently a beautiful 1967 sold in Indiana for $3500. I was a day late for that one. Only on craigslist for 2 days before it sold.

Have You thought about looking at something in the Mortuary Sciences Trade sites? That way You have contacts w/the different Mortuaries and Funeral Homes, You know folks who may be looking to sell or up-grade their hearses?

I wanted a TransAm. I had been searching around for one for quite some time with no luck. I finally started going to some of the local classic car shows....and this is how I found my baby.
I wanted one that I could do a bunch of the restore work on myself. I have almost completed the restore, I have it in the paint shop now as we speak. 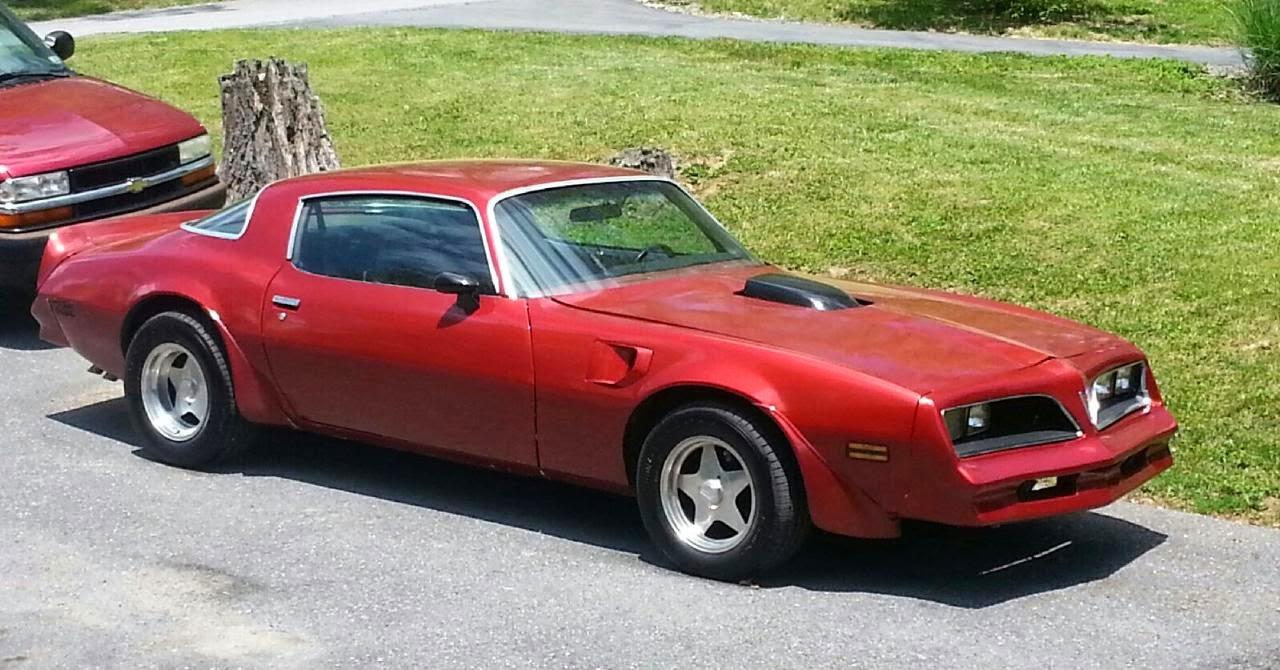 Very nice!! I have always had a soft spot for Trans Am as well.

I have not thought of local car clubs or the Mortuary Sciences trade sites. I will be looking into both of those. Thanks!!!

posted on Nov, 23 2016 @ 08:44 AM
link
I used to own a 1970 Caddy Fleetwood Limo. You are going to have a difficult time finding the years you are searching for due to the fact that they were made by Caddy at that time, and not contracted out to Limo manufacturers as they are today.

Everything you are looking for is a collector's item. Not to say that it ain't out there, but you will have to dig.

I miss my Caddy. I can't watch One Crazy Summer without getting misty.

Anything 59-60 is gonna be either very expensive or in very poor condition. Are you stuck on a hearse or would an ambulance do just as well?

Send me a PM. I know of four decrepit, but not dead looking, hearses. No idea what type or year as I know nothing of cars but I can get someone who has a smartphone - I don't - to get a pic for you.

I have no idea, obviously, why they are there. They have been there for years as the dust on them would indicate. The bodies on three aren't that bad, they are white, but the fourth, a black one, looks kind of beat up.

Interesting thread, if maybe a bit odd, but maybe I'll get to find out why these hearses have been sitting there for years. I'd think they could be bought, fixed up and used by someone.

Totally stuck on a hearse. I have located a 1969 that is going to auction at the end of the month, needs some work, but i am hoping to get it for under $2,000.

Other than that i have been striking out lately on finding ones in my preferred range of years.

Alright. I have a couple of pics for you. They are Cadillacs but the year is unknown to me. 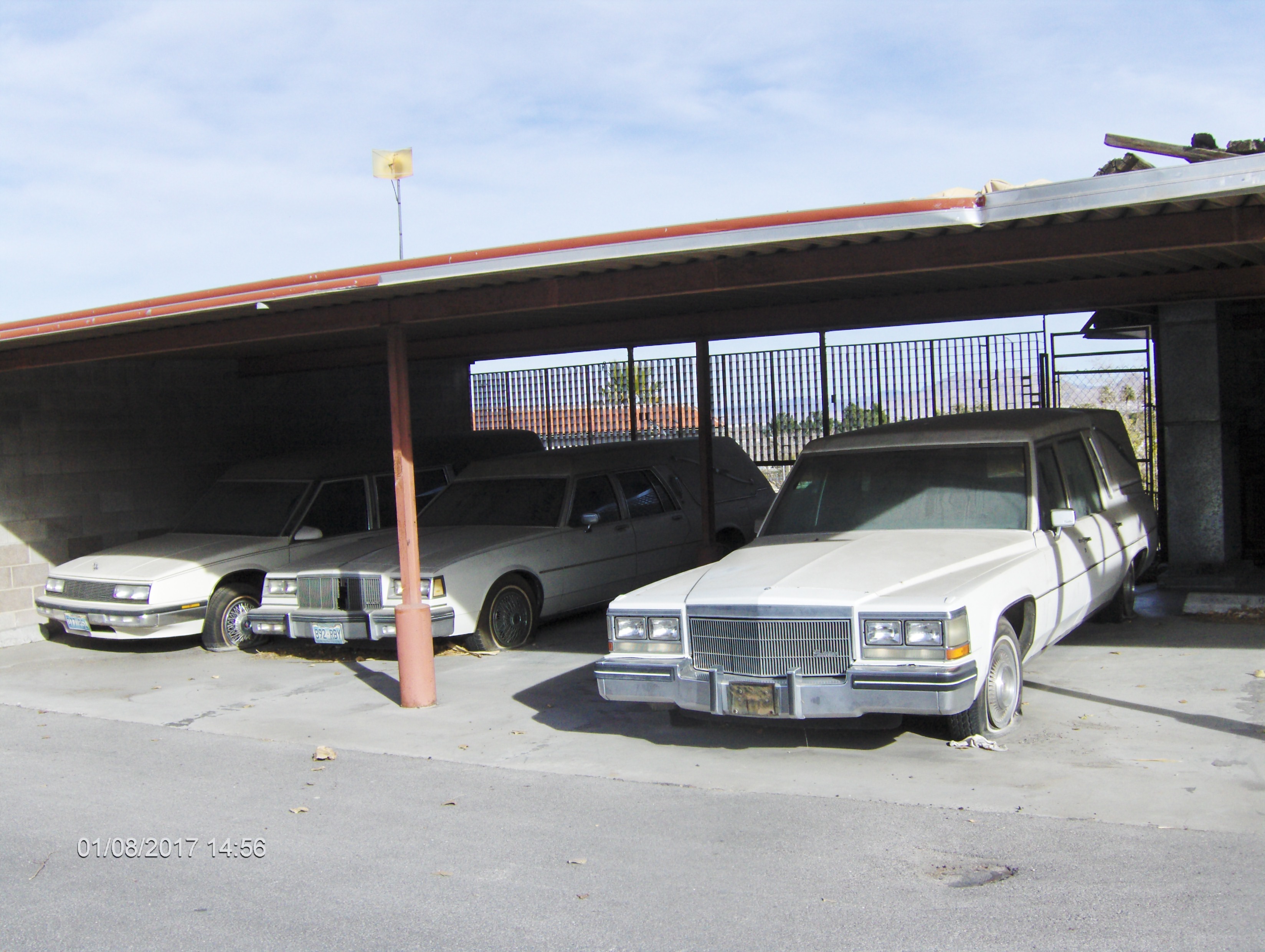 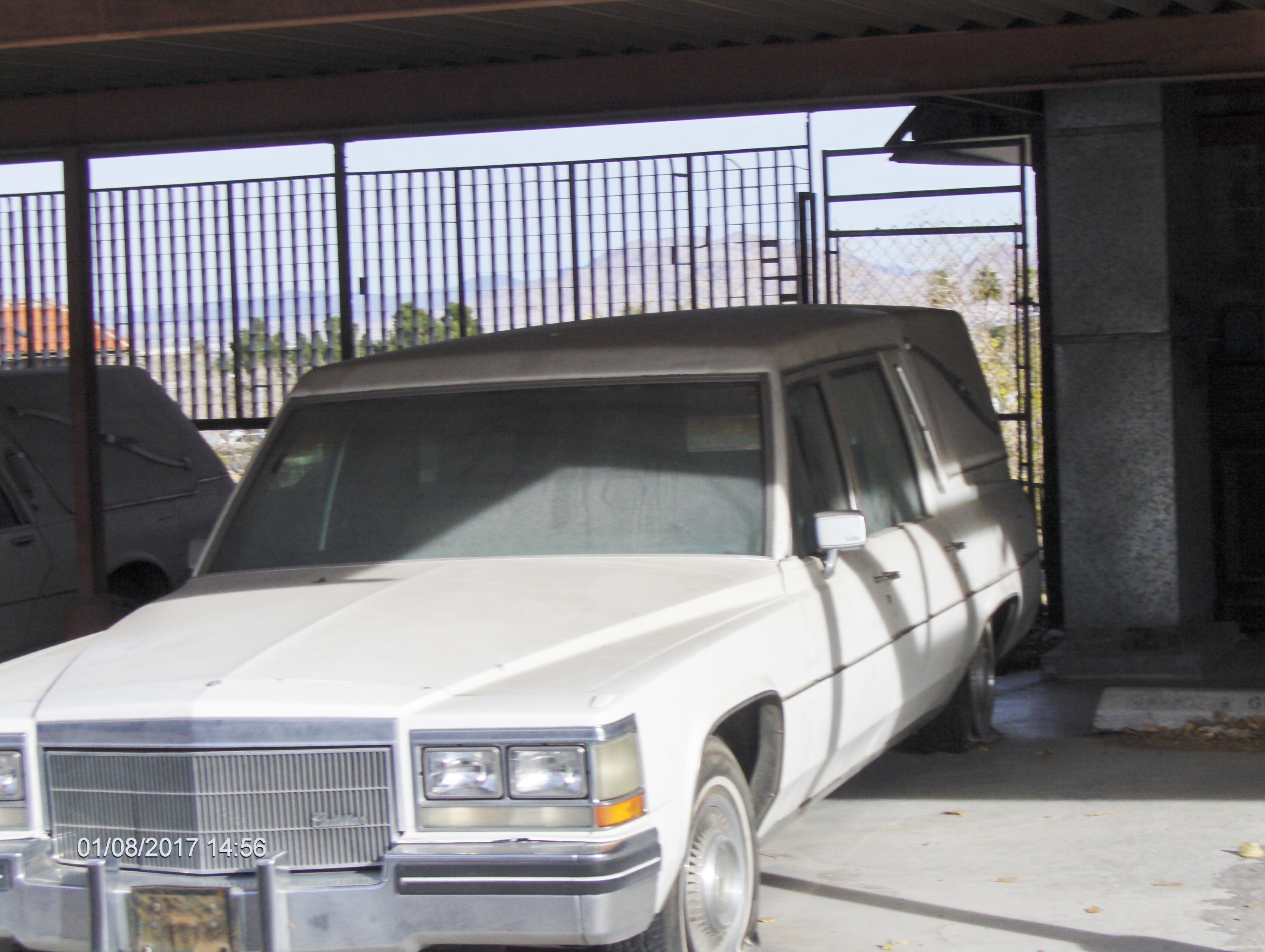 My source says they probably belong to Desert Memorial as their crematorium butts up against this carport. He's lived there for five years and they were there when he moved in so I'd bet they are available. Somehow.

ETA: I was wrong in thinking there were four there. The fourth vehicle, upon closer look, isn't a hearse but looks like one from far away. Looking at it up close it looks more like a Batmobile. Some kind of crazy car from the '50's, I would assume(not a car guy at all) with fins it looks like a hearse as it's kinda creepy looking not unlike a hearse. Makes me think of Christine although I'm sure those are different cars. Should have snapped a pic but I thought is was unnecessary.
edit on 1/9/2017 by TheSpanishArcher because: (no reason given)

Thank you very much for the information and the pics, i will try to contact the company you noted and see if they do have what i am looking for!

posted on Jan, 15 2017 @ 07:05 PM
link
I just sent them an email asking if they have a 1950's hearse and if it is for sale. OMG...i got chills down my spine when you said it had fins.....that is totally what i am looking for!!! Keeping my fingers crossed and praying to any and all forces that i know of that it is indeed a hearse!