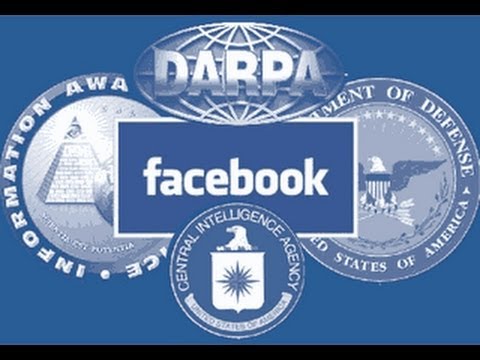 From the Reuters article:

Alphabet Inc's Google (GOOGL.O) and Facebook Inc (FB.O) on Monday announced measures aimed at halting the spread of "fake news" on the internet by targeting how some purveyors of phony content make money: advertising.


The article makes very little mention of what Google and Facebook consider to be "fake news" other than two references to Trump.

Is ATS a "fake news" site? How about Infowars or whatreallyhappened? Just recently, Zero Hedge was targeted.

In my opinion, CNN, MSNBC, the AP, Reuters, Fox etc. should be blocked.

Youll notice that in this article there was absolutely no criticism or challenge to this policy, especially not in regards to free speech or how mega corporations like Google and Facebook can literally control content on the web.

The only criticism in this story was that detecting "fake news" sites might be a little complicated when the site has both "real" and "fake news"...

Now, some people might say, "well, they can do whatever they want, theyre private companies".

Its just disturbing how one or two companies literally have so much control over the content of the web, especially when acting as mouthpieces for the establishment.

I hope that this will help to boost google and Facebook's competitors (assuming they have any).

I bing things but honestly? I already have my favorite news sites on my favorites (ATS being my favorite source) so I doubt things like this will accomplish what they seek, except I heard Trump just went up 3 points!
edit on 11/17/2016 by PsychoEmperor because: (no reason given)

Many of us where just waiting for something like this to happen, MSM is a total joke even before the election which should cement just how biased they are, that along with what can only be classed as a "boom" in alt media was always going to lead to the big corps sweating at the thought of losing serious ground and revenue..

Personally you can turn this around and say look what has happened when these companies see alt news content as such a threat...

When I first hear this story , ATS was the first to pop into my mind . But I think they are going to use the brush to label who ever they don't want to have a alternative view .

I remember back in the day the search engines of old ......... what ever happened to Web Crawler, Alta Vista or Hot Bot? were these amalgamated with Google? can't remember ...... looking at those names seems so long ago, different times!! Wow

Google said it is working on a policy change to prevent websites that misrepresent content from using its AdSense advertising network, while Facebook updated its advertising policies to spell out that its ban on deceptive and misleading content applies to fake news.

Google has T&C for AdSense. Google is a private company. While Google is the biggest, there are many many other ad networks who serve up advertising and have different T&C.

Solution? Move to a different ad network. Nobody owes fake news sites (or any other) advertising revenue just because.

originally posted by: gladtobehere
I hope that this will help to boost google and Facebook's competitors (assuming they have any).


they dont and thats exactly why they can accomplish this, and get away with it. this is just another example of monopolies corrupting the market with self interest.
edit on 17-11-2016 by NobodiesNormal because: (no reason given)


Ummm...I know...hard to do...I use Duck Duck Go through Firefox and Bing...I only use google while at work...

I've never facebooked or tweeted...I have an old fb account which I've never used...(saving it for when I publish)

Fear not, there is a search engine just for you!

Why do you put that video up? That is not a CNN cameraman. I am tired of people who post videos, using the words within them to make a point, yet do not actually listen to the video. It is highly irritating.

posted on Nov, 17 2016 @ 04:36 PM
link
THis is about those "macedonian kids" sites that are spreding like wildfire. 90% of the news you see people sharing on FB right now is this crap.

Im thinking about reporting the posts I see that appear fake (its easy to spot, really), or that report unsubstantiated facts. The only way we can reclaim our internet is to actively address these issues. And I think its our job, as its free users, to take an active role. What that looks like to me: report, and let the websites handle it. They'll lose or gain credibility based on their own actions and merit.

I hear all this "Drain the swamp" cliche stuff. I think FB and Twitter need similar. Combined they are the #1 source of info for people in the US. If all that info is disinfo, our neighbors will just end up dumber.

This is a hoax. Lord knows there are plenty of clips showing CNN to be a fraud. This particular one, however, is misconstruing the facts. He doesn't work for them.

What this is really about is Democrats wrestling with why Hillary Clinton lost. They still can’t bring themselves to admit they nominated a terrible candidate. As they console themselves with California liberals handing Clinton the popular vote in a campaign based not on the popular vote and as they burn James Comey in effigy, they now have turned their attention to fake news. People apparently believed so many lies off their Facebook wall that they rejected Clinton for Trump. Yep! That’s the ticket!

As an aside, I could spend days documenting all the crap, lies, and outright errors pushed on Vox, but the left would not believe it. A Vox writer, you will recall, actually wrote about a bridge between the West Bank and Gaza Strip, that does not exist. And that Vox writer has now been hired by the New York Times, a newspaper that to this day has never apologized for misreporting on then President George H. W. Bush’s experience with a supermarket scanner. The reporter in question was not even present and that reporter got promoted to the senior ranks of the paper.

And let’s not forget a week before she lost the Atlantic ran a story entitled “Why Is Hillary Clinton So Widely Loved“. Only later did they change the title to “What Hillary Clinton’s Fans Love About Her.” There is no note in the piece that the title was changed after vast ridicule.


I guess it's a problem now that hillary lost.

It's all about getting the clicks these days, the more likes the better...

posted on Nov, 17 2016 @ 07:11 PM
link
I don't think ATS would qualify as fake news. There are people out there who are legitimate scam artists and they are making money off of news they know to be false. If sites like ATS do turn out to be on their radar, that would change my opinion.

Of course, my stance means Fox, CNN and MSNBC would lose advertising revenue as well since they sometimes really do report false news on purpose!

To make the best decisions, one has to have access to correct information. I'm not talking about opinions, but factual information. There has to be some way to tell if the facts you are reading online are true or not. Whoever enforces this would come under fire for being biased, I'm sure.

There was a ruling that let news organizations lie on television because it was free speech - this is the same thing, it is a good thing to deny advertising revenue to fake news sites. They sound like scammers anyway.

this is the new thing duckduckgo.com...