Is the flight over Denver a U.F.O.?

posted on Nov, 17 2016 @ 05:14 AM
link
Is this Wonder Woman's plane? It looks like a ghost plane flying over denver. Like I said, it's obviously a plane but it's origins are unidentified.

Thousands saw a plane circling the Denver metro area late Wednesday morning, questioning where it may have come from and what it may be doing. Officials at a host of federal organizations had few answers. 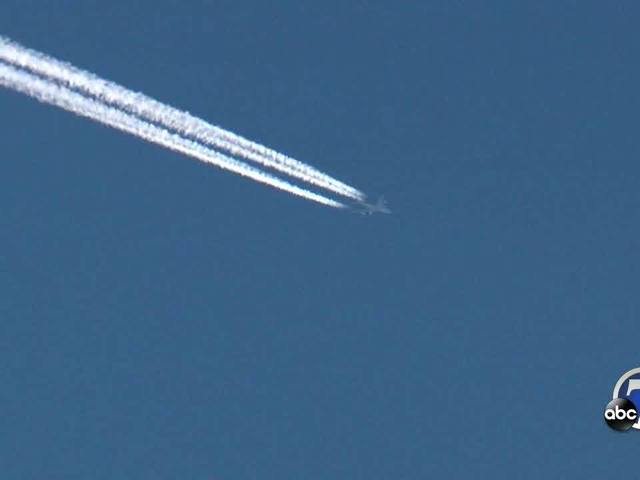 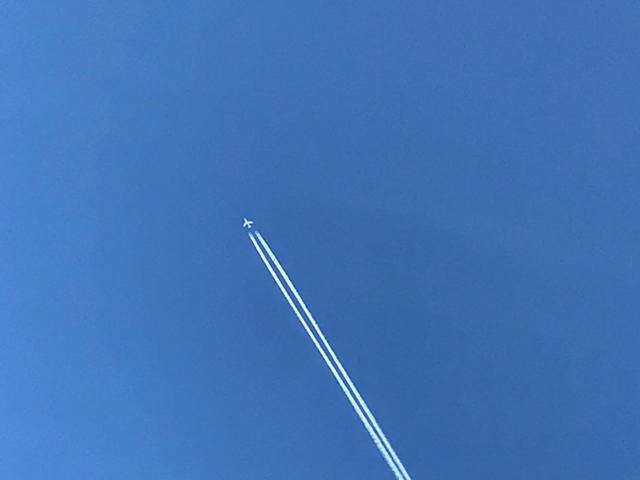 Officials at Buckley Air Force Base say it never checked in with towers on the base, and did not land at the base, despite flying over the base's airspace.

Denver International Airport officials also confirmed no such plane landed at the airport, and their towers wouldn't have come into contact with a plane uninterested in landing at the airport.

Further research into the plane's title of IRON99 turned up bases in the northeastern part of the nation that frequently give out the title of IRON to their military flights, however the title is usually reserved for T-38 aircraft, which are distinctly black.

When looking into IRON99, it appeared the flight had only communicated with the U.S. Army, and had no public communications available, as many commercial flights often do.

When contacting the military, including both U.S. Northern Command (NORTHCOM) and United States Strategic Command (STRATCOM), neither organization could confirm the identity of the plane, or even locate it.

The North American Aerospace Defense Command (NORAD) also investigated the flight, however they couldn't locate the flight or confirm its existence. When asked if the flight might have been a high-profile person, officials said the only high-profile flights in the air were in New York and Indiana.

Could this be a plane from a parallel universe?

I say that with tongue in cheek, but you have a plane flying in circles over a major city and we can't confirm the existence of the plane and nobody was in contact with the plane. Maybe they're testing some new stealth, ghost plane or something.

posted on Nov, 17 2016 @ 05:30 AM
link
I think the military know exactly what it is, they're just not willing to share that information. If the plane was really unknown they would've sent a couple of fighter jets to check it out.

So weird that it'd be flying in circles like that. Maybe it had a security breech that is being hushed up?

If i read clear. They could not locate the damn thing, but they now the flight pattern????

I don't know that these threads are related but they seem to be about the same thing...

posted on Nov, 17 2016 @ 06:04 AM
link
NG's latest wide area persistent stare. This one's a big mosaic system with ungodly resolution and runs out of a small jet instead of a Cessna.

To me it looks very similar to the nasa plane that will becoming into commercial use in 2025, where the faster it goes the more power it gains,

The thickness of the contrails looks very similar

originally posted by: Tjoran
Maby it's spraying something

"We need to spray something dodgy onto the population sir, should we do it at night or disguised as a normal plane, because you know those chemtrail people are soooo weary?"
"Nonono, make it daylight, visible to everyone...oh and don't forget to make sure we are really suspicious by not showing up on any radar. That's the best way to avoid these people thinking we are up to no good."

posted on Nov, 17 2016 @ 06:38 AM
link
A chase plane. Normally involved in testing another aircraft. Whatever this aircraft was doing the military or NASA does not want anyone to know about it. I was suppose to go to Denver this week for work but I had some weird feeling. Ended up joining the meeting online and cancelling my travel plans. I wasn't traveling on this day but still slightly creepy.

That is the plane for all the folks that have a cavern reserved UNDER the Denver Airport... They have to fly it ever so often to make sure it is indeed 'operational'...

Official Storyline: "Nothing to see here.... Unless You have a cavern and then We'd need to know the Cavern Reg. #..."

It is not unusual for an aircraft to enter a holding pattern as depicted here. As for Denver International's airspace, it is designated as Class B airspace (an FAA designation for space around very busy airports which requires specific equipment and entry procedures) but that only goes up to 12,000 feet. So contact with the local Denver Approach or Tower is not required. But at 32000 feet, contact with Denver Center is mandatory. So the reporter is not talking to the right people.

I will get much more excited if instead of the classic swept-wing four engine turbojet aircraft picture, someone posts a picture of a large flying wing or delta shaped ramjet. That would be something to talk about...

posted on Nov, 17 2016 @ 07:28 AM
link
They were not required to check in but circling the airport is somewhat odd I believe if they have no intention of landing. Maybe using it as an easy reference point but they could have done that move anywhere. If they would have done it somewhere else not even a story. Why bring attention to yourself if you obviously don't want it is the bigger question for me.

As I said in the other thread, both Mercury, which this was, and NAOC are almost never openly talked about by the military. They're command and control aircraft and because of their capabilities the military keeps quiet about their movements.

originally posted by: Kalixi
Is there a way to estimate its size?

So weird that it'd be flying in circles like that. Maybe it had a security breech that is being hushed up?

It isn't weird. That "racetrack" pattern is a normal holding pattern, used by large aircraft (commercial and otherwise) everyday.

But that racetrack pattern is not weird at all -- at least not in general. If you watch this video, you can see many racetrack holding patterns formed due to bad weather at the New York City airports. At about the :14 mark, several planes get into this pattern over Pennsylvania and Eastern Maryland. At about the :18 mark, they begin to form over Southern New York state and northern New Jersey. If you keep watching the video, you will see many more examples of this (such as above southeastern Virginia stating at about the :27 mark). And this entire video was all just over the span of about 12 hours: