posted on Nov, 16 2016 @ 05:28 PM
link
Back in 2010, a local man whose name is being given only as F. Akhmadulin, was metal detecting in a remote sagebrush semidesert area of Kazahkstan, near the eastern shore of the Caspian Sea, when he hit upon pieces of silver saddle ornamentation near a large slab of stone.

The man, realizing that he'd found something of significance, brought the pieces to the Mangystau State Historical and Cultural Reserve where they were examined by archeaologist Andrey Astafiev. Akhmadulin later led Astafiev to the place where he'd found the silver artifacts which turned out to be the remains of a stone structure. Unfortunately, it was 2014 before archaeologists were able to obtain funding to begin excavations at the site which they soon discovered was much larger than they'd initially believed.

The team has recently published an article about the discovery entitled The Discovery of Altÿnkazgan in the journal, Ancient Civilizations from Scythia to Siberia. 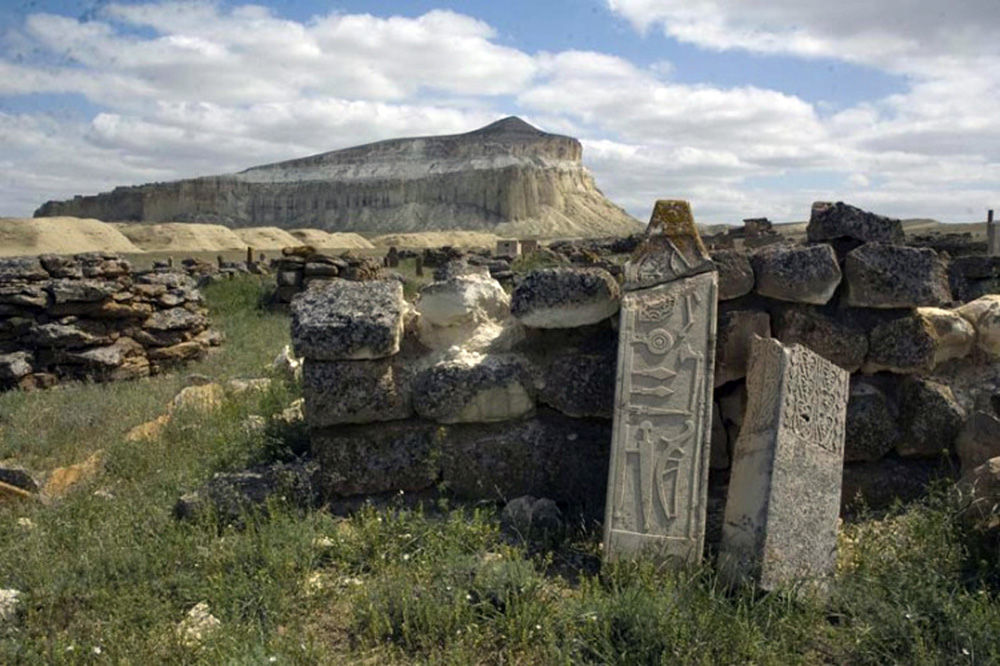 A massive, 1,500-year-old stone complex that may have been built by nomad tribes has been discovered near the eastern shore of the Caspian Sea in Kazakhstan.

The complex contains numerous stone structures sprawled over about 300 acres (120 hectares) of land, or more than 200 American football fields, archaeologists reported recently in the journal Ancient Civilizations from Scythia to Siberia.

"When the area was examined in detail, several types of stone structures were identified," archaeologists Andrey Astafiev, of the Mangistaus State Historical and Cultural Reserve; and Evgeniï Bogdanov, of the Russian Academy of Sciences Siberian Department's Institute of Archaeology and Ethnography, wrote in the journal article. The smallest stone structures are only 13 feet by 13 feet (4 by 4 meters), and the biggest are 112 feet by 79 feet (34 by 24 m)

The design and decorations on the silver saddle indicate that it dates to a time when the Roman Empire was collapsing, and a group called the "Huns" were on the move across Asia and Europe, they said. "The advance of the Huns led various ethnic groups in the Eurasian steppes to move from their previous homelands," Astafiev and Bogdanov wrote.

The owner of the saddle was likely a person of considerable wealth and power as the archaeologists found symbols called "tamgas" engraved on the silver saddle above the heads of predators, something that can be "an indication of the privileged status of the saddle's owner." These signs may also be a link "to the clan to which the owner of the tamga belonged," Astafiev and Bogdanov wrote.

It's not exactly clear why the silver saddle was placed in the stone structure, though it may have been created for a ritual purpose or as a burial good, Astafiev and Bogdanov suggested. They found the remains of one skeleton buried beneath the stone structure; however, the skeleton may date to centuries after the silver saddle was deposited there.

There were a few more articles out but it's all the same stuff. Since I'm not shell out $30 to read the journal article today, I don't have a lot more detail at this point so you'll have to settle for a couple more pictures. I'd love to find the coordinates for this place to see what there is to be seen from satellite photos on Google Earth. 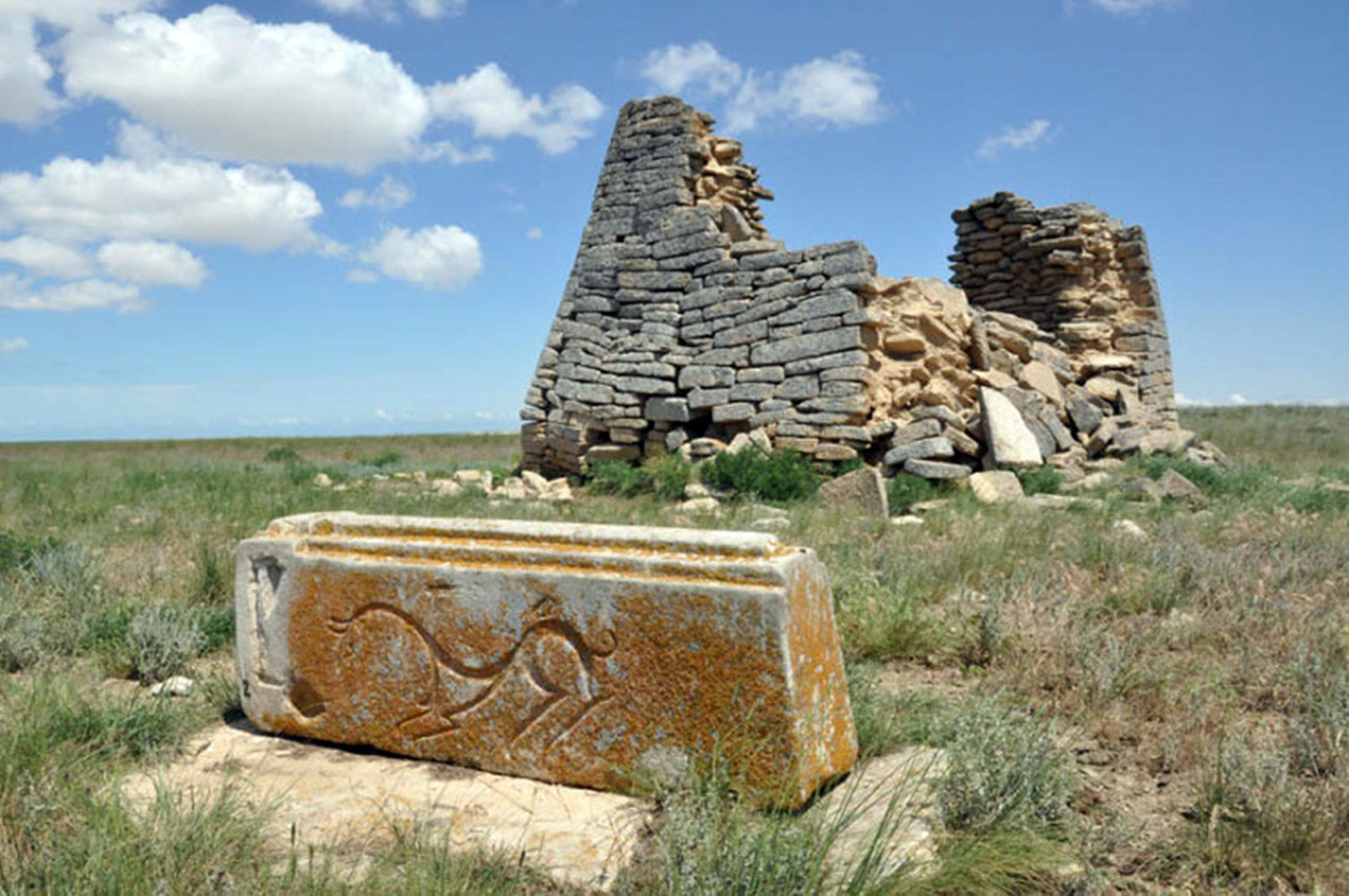 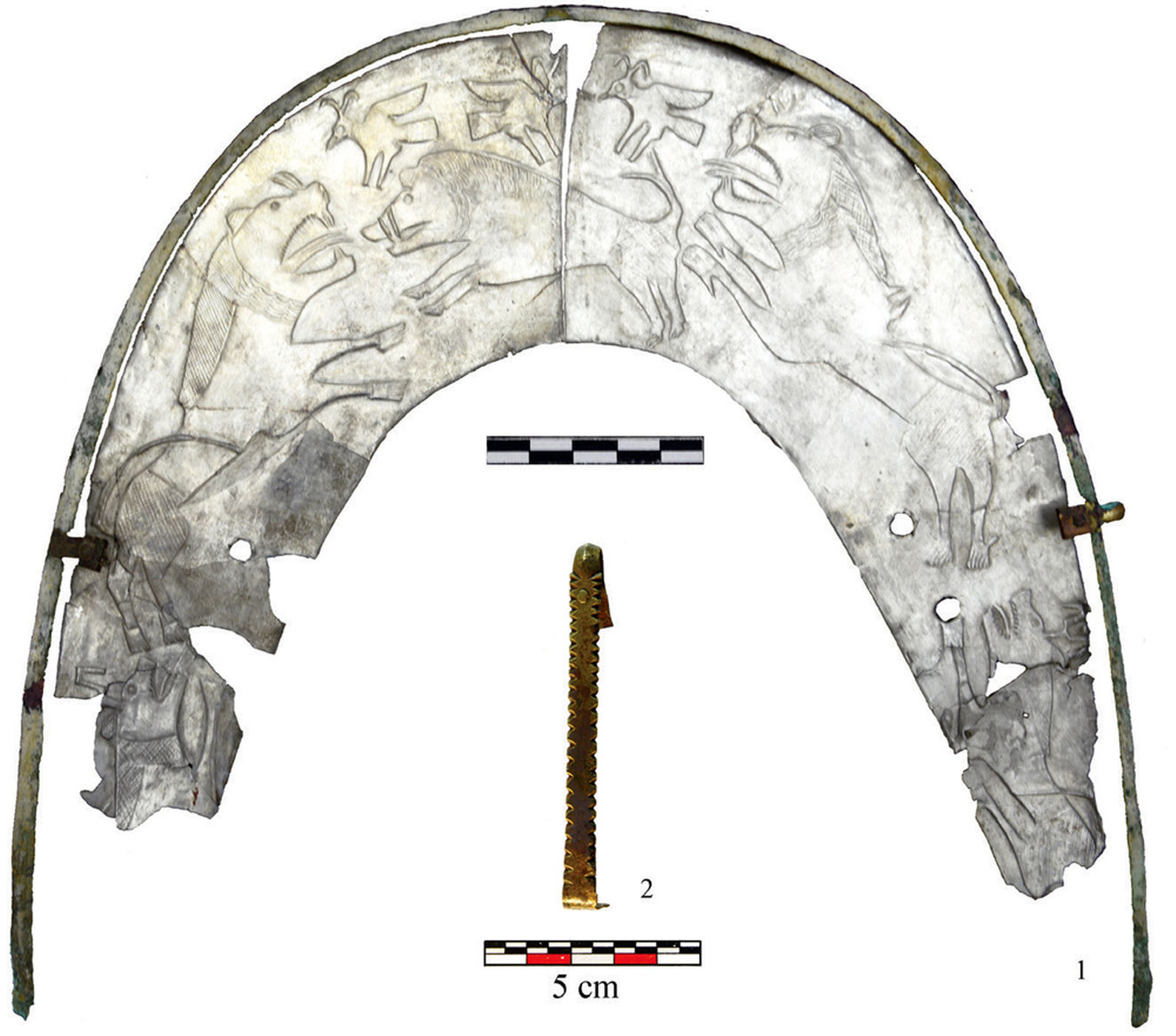 Lots of comparisons to Stone Henge but from the limited photos available, I'm far more reminded of something like Göbekli Tepe.
edit on 2016-11-16 by theantediluvian because: (no reason given)

The way it's being instantly interpreted:

stone complex that may have been built by nomad tribes

What nomadic tribe works in stone? Anyone have any idea how heavy stone artwork happens to be?

posted on Nov, 16 2016 @ 05:59 PM
link
a reply to: Snarl
I'm only speculating, but perhaps even nomads like to have a winter base. They could have conquered enough slaves to do the building work. The eastern coast of the Caspian is not far from the more settled areas of Persia, a little south of the main steppe, could have had a slightly better winter climate.

The artwork suits the nomadic world. I see wild boar in that bottom picture, a schematic horse in the one just above.

Anyway, maybe they had a Sexy time in Kazaks.....

The Horse sculpture reminds me of the white horse bronze age chalk sculpture at Uffington in England.

Another interesting piece of the puzzle, of Humans on Earth.

posted on Nov, 16 2016 @ 06:19 PM
link
a reply to: Snarl
Wasn't the Jews from antiquity more or less travelling stone workers and masons? I am not saying that this site was their work but perhaps it was created by the ancient equivalent of traveling contractors of today? If the archeologists think it was made during a period of faltering Roman influence perhaps some of these people took off and started caravanning? Just a thought probably unfounded but your question made me think of that.

Interesting that someone who builds stuff with their hands would post a reply to mine in this thread.

That stone with the horse carved on to it ... What do you make of the top? Those grooves?

posted on Nov, 16 2016 @ 06:42 PM
link
a reply to: Snarl
To me I would imagine it was created by someone of skill and renown, consider if the sculptor/ artist wasn't the same person like the person who cut and shaped the stone wouldn't just let anyone carve a horse on it you'ld think. If it was the same person that did both the stone cutting and carving must've been a very talented person. I think the horse looks awesome and is laid out very nicely. I have no idea what the technique used to make the carving but it looks amazing with flowing curves and crisp straights, I dig it.

posted on Nov, 16 2016 @ 09:28 PM
link
Haven't read the article yet but, The main slab in the first picture looks like it could be used to make weapons. It seriously reminds me of mold and cast weapons still on the sprue. Technically it could have been used to make weapons with a impression and an open face pour.