Although in the late 1960s there were already rendezvous ( Vostok 3 and 4 in 1962, Vostok 5 and 6 in 1963, Gemini 6 an Gemini 7 in 1965) and docking maneuvers in between spacecrafts, like the famous ones in between Gemini 8 and Agena vehicle in 1966, or the fully automated Cosmos186 and Cosmos 188 in 1967, or the first soviet manned one in between Soyuz 2 and Soyuz 3 in 1968 followed by rendezvous and docking of Soyuz 4 and Soyuz 5 1969 too, that perfectly may be considered the first tries to build a space station in orbit, it was only until April of 1971 that a space complex specifically designed to be space station was launched.

Salyut 1 became a standard for a lot of ulterior space stations that the Eastern European space program launched along that decade, as well as the 1980s and 1990s until arrive to the very last national space station called MiR.

On April 19th of 1971 it was launched from Baykonur Kazakhstan this large orbital complex that was originally designed to be a military Almaz space observatory but it was perfectly adapted to be inhabited by long stay missions of cosmonauts.

Launch was planned for April 12, 1971 to coincide with the 10th anniversary of Yuri Gagarin's flight on Vostok 1, but technical problems delayed it until the 19th.

The announced purpose of Salyut was to test the elements of the systems of a space station and to conduct scientific research and experiments. The craft was described as being 20 m in length, 4 m in maximum diameter, and 99 m³ in interior space with an on-orbit dry mass of 18,425 kg. Of its several compartments, three were pressurized (100 m³ total), and two could be entered by the crew.

This was the structure of the First Space Station of History:

The transfer compartment was equipped with the only docking port of Salyut 1, which allowed one Soyuz 7K-OKS spacecraft to dock. It was the first use of the Soviet "probe and drogue" type docking system that allowed internal crew transfer, a system that is in use today. The docking cone had a 2 m front diameter and a 3 m aft diameter.

The second, and main, compartment was about 4 m in diameter. Televised views showed enough space for eight big chairs (seven at work consoles), several control panels, and 20 portholes (some obstructed by instruments).

The third pressurized compartment contained the control and communications equipment, the power supply, the life support system, and other auxiliary equipment. The fourth, and final, unpressurized compartment was about 2 m in diameter and contained the engine installations and associated control equipment. Salyut had buffer chemical batteries, reserve supplies of oxygen and water, and regeneration systems. Externally mounted were two double sets of solar cell panels that extended like wings from the smaller compartments at each end, the heat regulation system's radiators, and orientation and control devices.

The astrophysical Orion 1 Space Observatory designed by Grigor Gurzadyan of Byurakan Observatory in Armenia, was installed in Salyut 1. Ultraviolet spectrograms of stars were obtained with the help of a mirror telescope of the Mersenne system and a spectrograph of the Wadsworth system using film sensitive to the far ultraviolet. The dispersion of the spectrograph was 32 Å/mm (3.2 nm/mm), while the resolution of the spectrograms derived was about 5 Å at 2600 Å (0.5 nm at 260 nm). Slitless spectrograms were obtained of the stars Vega and Beta Centauri between 2000 and 3800 Å (200 and 380 nm). The telescope was operated by crew member Viktor Patsayev, who became the first man to operate a telescope outside the Earth’s atmosphere.

Salyut 1 was unfortunately not very lucky in their statistics of achievement, After the failed attempt of docking of Soyuz 10 it offered space of work and research for the cosmonauts of Soyuz 11 but the crew died tragically in their return to the earth when their descend module pressurization failed.

Space stations were conceived, at least in the Soviet space program, as places of training of cosmonauts to adapt them to long stays in space, and to be alternatively stops in projected traveling missions to either the moon, mars or the outer solar system.

The thread is open to the free discussion of the important role of Space Stations in the modern research about the space. Great part of the technology we use right now in the International Space station was tested on the years of the Salyut and MIR programs.

The names of its tragic crew - Patseyev, Dobrovolsky and Volkov - were included on the "Fallen Astronaut" memorial placed on the Moon a month later by Apollo 15 astronaut Dave Scott. 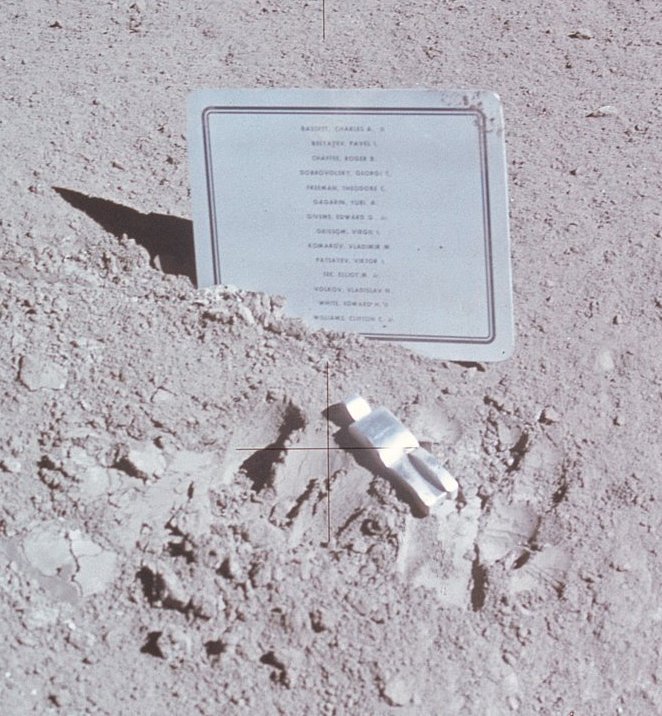 Thanks for the reminder on the plaque.

To their eternal shame, the Soviet regime denied cosmonaut trainee Valentin Bondarenko his place on that list, by keeping his hideous death in a pure-oxygen chamber fire a secret for many years.

Only slightly less shameful was the US government's fixation on the color of his uniform [blue] that kept 1967 flight testing fatality Robert Lawrence off the Apollo-15 plaque.

Next guy/gal on the moon needs to bring an errata plaque.

I may not live to see it but I'm counting on you folks to be vocal about it when the time comes.