posted on Nov, 16 2016 @ 11:02 AM
link
The discovery came about earlier this year due to an application for a fishing lake and flood defence work at the site at Great Ryburgh in Norfolk, under British law an archaeological survey needs to be completed before any major works can take place and once again it has paid dividends.
Luckily for us the cemetery is in a river valley which has waterloged the site and helped preserve the wooden coffins and their contents. 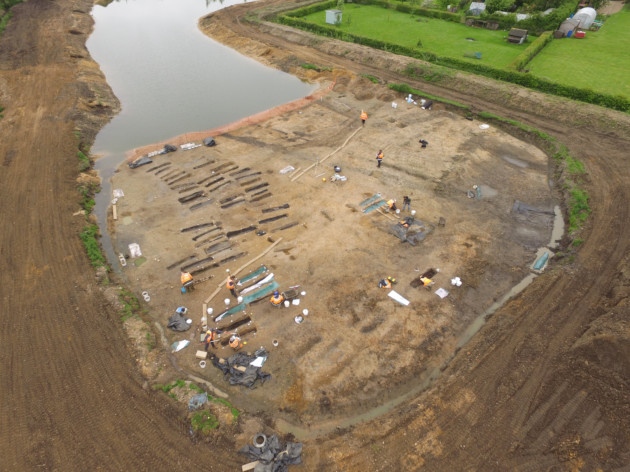 Picture of one of the rare plank lined coffins. 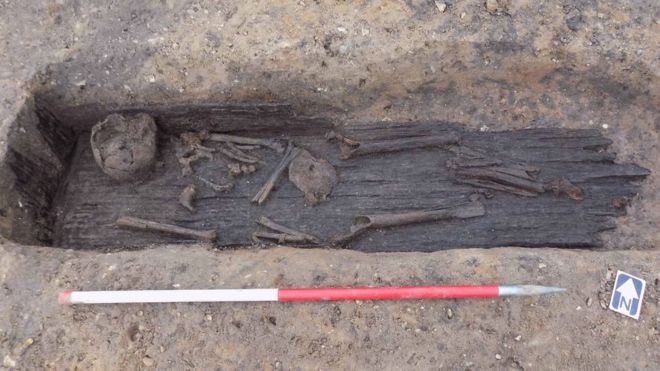 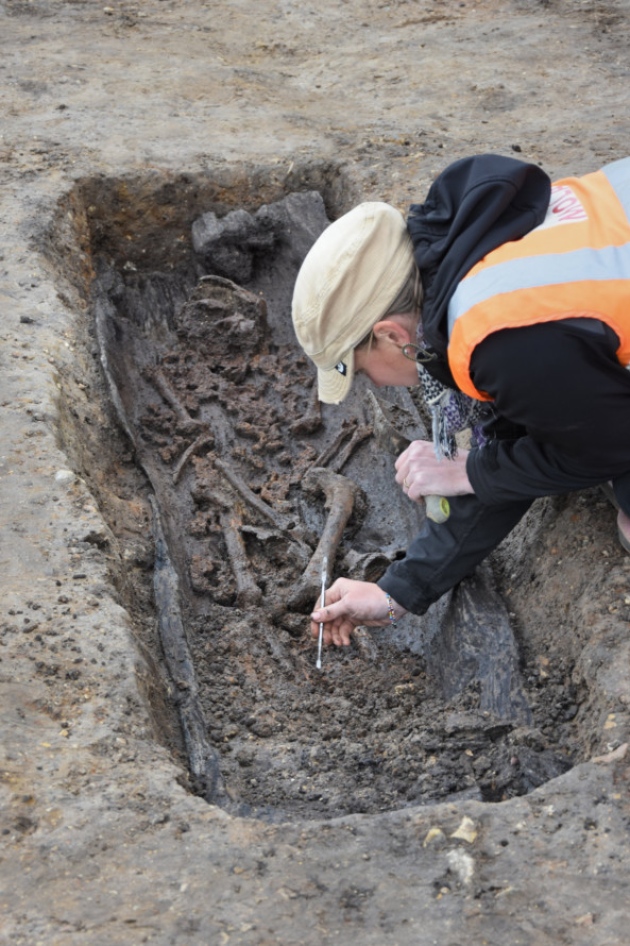 The cemetery was used by local Anglo-Saxon people some 1,400 years and has revealed to us how they buried their dead and their conversion from Paganism to Christianity , the bodies were discovered in their wooden coffins , oriented east to west and lacked any grave goods.

Most of the coffins were made from Oak trees , split and hollowed out but six were made from wooden planks which could indicate a move from Paganism to Christianity , they are believed to be the earliest examples to be found in Britain , the archaeologists also believe they have also discovered the remains of a small church at the site.
www.bbc.co.uk...

What gives us the right to run around desecrating the graves of the past?


Here in the states construction would halt for a day, then resume. Looks like these are being excavated with care, hopefully moved with the same care.

Respect for the dead not bulldozing them, or building pipe lines through burial grounds like in Dakotas, I agree.


Pretty clever. Back when trees were more abundant?
edit on 16-11-2016 by intrptr because: additional

originally posted by: Snippythehorse
What gives us the right to run around desecrating the graves of the past?
Oh right were alive and they are dead and defenceless corpses.....

They are long dead. The information we gleen will go a long ways towards understanding our journey. If you are worried about upsetting some spirits or something of that sort, then you should probably be more concerned with the fact that countless trillions of animals have been dying all around the area you are standing, for billions of years. Not one of those ghosts have killed you yet.

Recovered remains like this tend to be reburied once they've been examined.

posted on Nov, 16 2016 @ 11:31 AM
link
Your link stated they may have found a church and other artifacts nearby. Because usually cemeteries are accompanied by towns or settlements.

Ever see film, Deliverance? They actually show them moving a church and cemetery. But those were white folk, Native Americans get less respect. We like to keep that history buried...

Your link stated they may have found a church and other artifacts nearby. Because usually cemeteries are accompanied by towns or settlements.

Ever see film, Deliverance? They actually show them moving a church and cemetery. But those were white folk, Native Americans get less respect. We like to keep that history buried...


Like the drama currently unfolding out west with the pipeline protesters. Native American cairns have been bulldozed and no one cares.

Back to the topic, I love the hollowed out tree trunk 'coffin,' not only does it seem natural and a dignified way to be buried, but speaks of just how extensive boreal forests were in ancient Britain.

Keep political trite out of these forums...

Sincerely,
Everyone
edit on 16-11-2016 by Christosterone because: (no reason given)

For those who think this should not happen, it should. Otherwise the site would be destroyed by bulldozers and everything would be lost.

The site will be studied, the remains respectfully removed and studied. As this is a Christian site they will be reburied in a Christian cemetery. The laws in the UK are quite strict on these things, and in allowing the development to happen our understanding of our English ancestors will be advanced.

posted on Nov, 16 2016 @ 09:36 PM
link
I don't see a problem with it being studied. Also that way any remains can be more preserved that may have been damaged. It's a part of history transitioning between polytheist to monotheist, where many of the heathen practices were erased from the timelines in history. I believe many of what is know of Anglo DNA needs to be farther explored as well because it's not an isolated population as many people think it is.