posted on Nov, 15 2016 @ 03:18 PM
link
She also could have followed the laws regarding classified info, emails and personal servers.

Hillary is to blame for her election loss and no amount of her blaming everyone else will change that fact.

She was lacking in the "dead people" demographic.

Any way you wish to calculate we, as a country, don't want another 8 years of what we've just had.

posted on Nov, 15 2016 @ 03:53 PM
link
Politicians doesn't get the fact that after an 8 years of one political party in power as a president, people just like to try something new, that means the other political party.

It has been like that for a long time, sadly we only have to parties controlling elections.

originally posted by: marg6043
Politicians doesn't get the fact that after an 8 years of one political party in power as a president, people just like to try something new, that means the other political party.

It has been like that for a long time, sadly we only have to parties controlling elections.

really?....so you wouldn't mind if China hacked into the republicans e-mails and personal files in early 2020 and made them all public?

Hey if the Republican party got themselves some stupid appointee to a position of power as per say the State Department and later that same stupid politician wants to become a president more power to China.

I honestly feel like she didn't think she had to work for it. And this is why she didn't go to a lot of the places that democrats usually win. To Hillary the election was hers and no one had the power to stop that from happening.

Well, she obviously had some health issues, so that didn't help.

But yeah, she thought this was sewn up. I mean, why not? The press certainly tried to convince us it was all but over.
Even rigging the election with millions of illegal voters and other subterfuge, was all done to help drive it home.

But, when all was said and done, the so-called "silent majority" came out to the polls just like many of us hoped they would.

No one forces you to click and read these threads. If you don't want to read them then don't?

As for this story, Hillary can want to blame everyone but her self but in reality its her and her campaign who are to blame. They ran a very bad campaign. Full of lies and insults and alienated a lot of voters and targeted the ones who they would be able to manipulate the most so they voted with their feelings rather than ration thinking, they did this by making people emotional and stuffed it up by doing it with obvious lies and misinformation that a lot of people saw through and it made people realise who and her campaign actually was.

Maybe she'll contract permanent pneumonia to keep from being hauled in front of multiple Congressional investigative committees. If Hillary flees to Russia (like Snowden), will she be off the hook?

I think ( and have said it before ) that Hillary had something
on Obama and he has something on her. What we saw before
the election was he did his part; what he had to do to hold
up his end of the bargain. He kept his mouth shut, just
as she did when he was running.

Essentially pre election they both did what they had
to do to keep their end up.

Now, Obama is the one left holding all of the leftover
trash from the deal. He will look bad if he pardons her,
he looks bad that she lost and he mocked Trump and said
it couldn't happen. Yes, his legacy is going to fall to pieces
once he is out of power, but still he is hitched his horse
to hers and he will pay.

This is always the way it is with The Clintons, they
are like the creeping crud, the plague - one touch
will ruin you for life.

posted on Nov, 15 2016 @ 08:36 PM
link
As bad as Hillary was, imo Trump is that good. In a bunch of ways, he's an ideal candidate. Independent and patriotic demeanor is a plus also, wow, a respectable business person with media skills. Even his corny 1990's motif rings a nostalgic bell. Maybe it even harks back to simpler times that Americans wish for...what do I know? 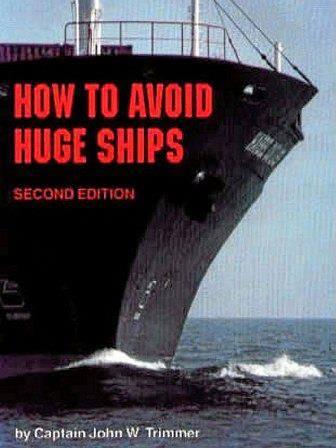 To add, I tuned into Sky News a week before BREXIT to try to get some basic info on it. So, I watched a full documentary on it and when I heard the pensioners go off about it, I was pretty sure it would win. That's funny because I had no idea about the misleading polls.

Flash forward, I had a good feeling about Trump, and wow, could the Dems pick a worse human being? They also caused damage to their own supporters in the process. LOOK at that popular vote, so many of my idiot friends voted for her despite common sense! It's a deep deep denial. Some of them are seriously upset now, it's like everything they believe in is crap, and they can't admit it.

I grew up with catastrophes like Affirmative Action, something that literally affected my life negatively....but I was always respectful of "the system" in an outward way. No rioting, that I recall.

I think given everything surrounding Clinton and Obama we come to the play / movie "The Lion in Winter". In this case Obama wants Clinton as his successor. When everything falls apart and they are discussing how everything ends a point is made, essentially if we are going to die what does it matter.

The counter point made is when the fall (death) is all that is left it matters a great deal.

I think Obama understands the part abut the fall and I think Clinton is oblivious to it.

If Clinton cant understand this then Obama will save himself and leave her to try and figure out before its to late.

He literally is like the Robber Barons from 19th Century who pulled out all the ethical plugs in order to "get their way" with society. Keeping in mind that mentality is key to understanding the Bourgeois-Fascist world.

Very nicely said, I'll look forward to watching the movie (again with that in mind)
I think your spot on with Obama and the direction he will take.

Very nicely said, I'll look forward to watching the movie (again with that in mind)
I think your spot on with Obama and the direction he will take.


The part in question is when Richard, Geoffrey and John were locked in the dungeon and Henry was coming down to execute them. Richard tells his brothers not to cower but to take it like men and Geoffrey says, 'You fool! As if it matters how a man falls down.'

Richard says, 'When the fall's all that's left, it matters a great deal.'"

Obama and Clinton are done with their political careers. Obama has stated he wants to remain active though and if he wishes to maintain credibility and influence then how he leaves office is of utmost importance. Clinton on the other hand cannot accept the fact she lost by her own actions and is intent on laying blame everywhere else. She is not well liked, even by Democrats, and her continued push continues to damage her image.

Do you go down as the person who refused to acknowledge facts while trying to drag everyone down with you or do you accept the facts, take it like a man and accept responsibility, and exit the scene with grace?


Your last impression can be as important as your first impression. Consider Raven’s linebacker, Ray Lewis. What most people will remember about him is the way he left football – as a hard-working leader who brought his team to a Super Bowl championship in 2013. On the other hand, consider Lance Armstrong. Both Ray and Lance have proven themselves to be phenomenal athletes … but how they will be remembered has much to do with how they ended their careers.

originally posted by: Martin75
The president noted that Clinton should have focused on reaching out to white, non-urban voters like he did in both 2008 and 2012.

I wouldn't exactly call the 'clinging to religion and guns' rhetoric and all the lecturing on racism an olive branch.
edit on 16-11-2016 by MotherMayEye because: (no reason given)

posted on Nov, 16 2016 @ 10:16 PM
link
Hillary gave a speech today. First one since the concession speech. This how she looks without all that...whatever it is that made her "glow" youthfully during the debates.