obama is and always will be a lying sissy.

I'm sorry but there is no other honest way to describe him.

posted on Nov, 15 2016 @ 10:09 AM
link
a reply to: seasonal
OMGosh thank you!!! That was priceless. Man, I would love to get these people in a real world scenario just to see how they react. LOL

LOL, remind me not to wear Red for the next four years ..... LOLOLOL, and i'm not even "in" country

originally posted by: iTruthSeeker
I would like to see what happens with these people when the electricity goes out. They would be among the first to perish.

They`ll go out in streets and protest

They deserve it for trying to jump on the wrong bandwagon...

I sincerely hope that those rich and famous celebs get negative publicity as from now on... But they won't sadly as they have PR people that appease to the sheeple...

originally posted by: Danowski
Maan, that video is funny What the hell is going on with Jerky Uygur? I always like that guy until that "you pathetic losers" comment I just saw. In which he perfectly displayed, how a classy losers acts.


For context, he was railing against the DNC, how they rigged things against Sanders who was highly favored to win vs Clintons tie/potential loss to Trump, etc.
That was directed at the Clinton campaign and all that happened to push her and keep pushing her, knowing she was a crap candidate.

So..I think he hit it dead on there.

He is now on the verge of being "red pilled" sort of..he is being called a sexist, racist, etc..all the catch phrases by the regressive left and he is taking shots left and right. only a matter of time before he is just called the alt-right. he is being cast out of the echo chamber.

originally posted by: seasonal
This short video brings us grown men crying about the election.
The vid also gives us Miley Cyrus sharing her snot bubbled heart felt opinion of the devastating loss.

Actually Miley has been pretty classy. her candidate lost and her worst possible fear happened, and her response is she respect it and him and will stand behind the candidate and the process with hope.

you cant expect more. gotta give props when its due...unless you want a echo chamber only...but then that's not a democratic society..thats a cult.

True. If you caught Colbert last night he said he "spent the weekend changing his "panic room" into a "give him a chance room". lol.

I can go with that too. Kicking and screaming at times but I'm going to try.

posted on Nov, 15 2016 @ 10:25 AM
link
My favorite was Clint Eastwood crying over the empty chair, what kind of crybaby does something like that, oh my bad hes a republicans, i meant scott baio, oh dammit let me restart here.

My crybaby is better than yours.

Because we're middle class & they're "rich"

OMGosh thank you!!! That was priceless. Man, I would love to get these people in a real world scenario just to see how they react. LOL

a reply to: Martin75
Real world,
How about this, my son and some neighbor hood kids playing airsoft, on my 3.5 acre back yard and a neighbor gets pi$$ed. He has 11 acres. We can't see each others houses hill/trees/distance.

True. If you caught Colbert last night he said he "spent the weekend changing his "panic room" into a "give him a chance room". lol.

I can go with that too. Kicking and screaming at times but I'm going to try.


I think we got to
so far, before taking office, Russia has cheered and seeing a new opening for a reset with relations and partnership with the west, he said flat out he accepts the laws for gay people and wont be changing it, he is gonna focus on illegals that are doing the illegal stuff, etc.

My biggest concern to be honest is things like..his insanity towards Japan specifically. they pay for defense already, so either he is highly ignorant of this, or...I don't know, but they are a very valuable ally and if we go, NK will go nuts and blast them without fear. I think we can cut the Okinawa base back significantly to just a officers club tbh, but no, cant let allies as strong (and as owned) as them out to dry.
And the science stuff...the creationism in school nonsense is humiliating and is a direct path towards future religious (Islamic) teachings to student. he needs to go the opposite and ensure no religion will ever effect scholastic teaching (if he truly does fear islam.).
And the denial for AGW..a global consensus. He can disagree on how to fight it (personally, I think massive funding on carbon scrubbers and a solar grid is far more effective than a carbon tax. make carbon irrelevant), but you cant disagree with hard evidence.

cautious optimism..and its only 4 years. if he is terrible, the leftys who stayed home will go vote in 2020


cautious optimism..and its only 4 years. if he is terrible, the leftys who stayed home will go vote in 2020

I hope the same too, especially some of the trade agreements that I think a 14 year old could have fashioned better from the beginning.


I think that was the only time I have ever found Jimmy Fallon or Stephen Colbert Funny.


For the rest of the cameos: I don't even like Trump nor did I vote for him or the greater Evil Hillary , BUT 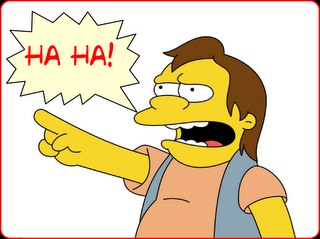 Why are they blubbering and crying now?


Maybe they dropped their caviar in their Olympic sized heated pools when they heard the news.

posted on Nov, 15 2016 @ 12:04 PM
link
When he's about to be reelected in 4 years this needs to be draggged out again to pre shame the liberals, maybe they won't cry as much next time.

Miley and classy in the same sentence. The universe must have bent in your favor to be able to contort those words together.

posted on Nov, 15 2016 @ 12:10 PM
link
seriously these people need to get over it
this social media age is totally ridiculous


obama is and always will be a lying sissy.

I'm sorry but there is no other honest way to describe him.


Do you mean this about Obama?
58 second video