Rather similar to Nigel Farage and Brexit.

It may be that the enormity of the change in direction is going to be life-changing for Don and everyone else.

The project will affect the whole globe as opposed to the old days when you just looked out for the country who you were asked to represent.

Such is the New World Order, and how it has affected everyone including politicians.

There is also the possibility that Don is part of the New World Order and we have all been duped. Looking at the conjurer`s left hand which he wants and not looking at the sleight of the right hand.

While I have my suspicions about him as some others do, we need to wait until he actually has a chance to be president to determine who he's really working for. It's a waiting game for now.

posted on Nov, 13 2016 @ 06:12 PM
link
That photo of Trump at the whitehouse with Obama,trump looks like the reality finally hit him and he`s thinking:
" oh crap what did I do now I`m stuck with this low paying crappy job for the next 4 years"

Coming back to ATS after a long time away here, after identifying Trump as a likely winner.

I was right. I feel vindicated as an analyst. I believe in things he doesn't, like AGW, but think he has the right ideas in other directions. This election was pretty neutral to me.

As far as Trump being a part of the status quo, listen to how the media was screaming against him during the whole election. If you asked me what the hardest part of resisting tyranny would be, I would have to say its resisting the dialectic, their control of both sides: The moment when they present you with the good cop and the bad cop, and give you a choice. Here's this opportunity it seems for fame and respect from the good cop, and on the other hand is this bad cop, who wants to beat the crap out of you. The person who's risen beyond will spit on the good cop and smile at the "bad" cop. Such a person is beyond that particular control paradigm.

That, for better or for worse, is what Americans did toward the messages the media put forth during this election, and that's a great sign. Whether Trump is part of the control paradigm and we will be "punished" for electing him or whether he's a true outsider who was demeaned because of his transforming ideas, remains to be seen, but the American people are showing courage and independence.

originally posted by: Tardacus
That photo of Trump at the whitehouse with Obama,trump looks like the reality finally hit him and he`s thinking:
" oh crap what did I do now I`m stuck with this low paying crappy job for the next 4 years"

originally posted by: Tardacus
That photo of Trump at the whitehouse with Obama,trump looks like the reality finally hit him and he`s thinking:
" oh crap what did I do now I`m stuck with this low paying crappy job for the next 4 years"

You might remember that Trump is not getting paid to be President, he is doing it for free.
I think he should donate the $400,000 salary to 4 different charities.

Watching the video of Trump with Obama in the White House, I had the same feeling that you did from the photo, that it just dawned on him what he had got himself into.

posted on Nov, 14 2016 @ 02:18 PM
link
Well, if 'they' can kill one president, 'they' can kill another, I just hope the Don learns from Kennedy and Reagan, and The Don's secret service protection men.

That's true, he has to take the minimum for official reasons.

posted on Nov, 14 2016 @ 02:23 PM
link
How do you not have a look of inner thought when you just got briefed on the alien galactic force lurking outside our planet. Guy is just figuring out how to build a space wall. 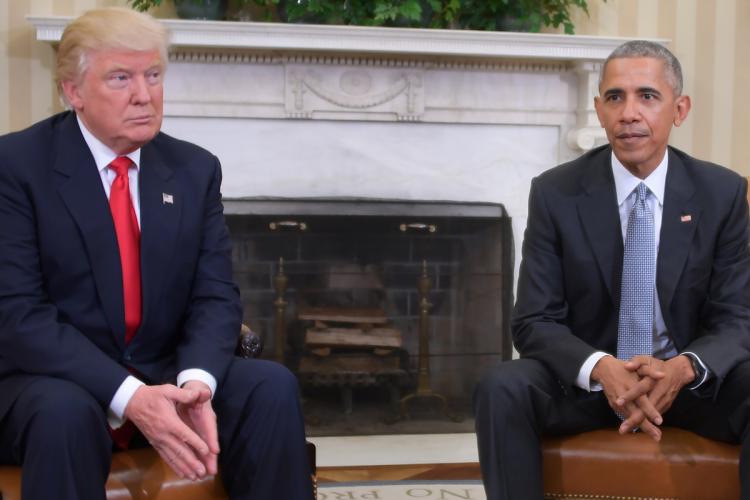 posted on Nov, 14 2016 @ 03:22 PM
link
Both Hillary and Donald had their own internal polls. They both knew Trump should win going into the contest.

The only question was whether or not the election could be stolen. It would have had to be close enough to do that, and Trump beat that margin.

If it had come down to Michigan or Pennsylvania, then Detroit or Philly would have "found" the votes to steal the election for Hillary. They already forge thousands of votes so why not a few thousand more if it makes that big a difference.


Both Hillary and Donald had their own internal polls. They both knew Trump should win going into the contest.

can't say so much about trump, but i'm kinda sure hillary did. got a feeling she canceled the fireworks show the day before the election day because of what her polling data said. she didn't want to spend the money to have it setup and then taken back down.