"You are such a colonial pos"

He is calm and collected, the others guys are all excited and cracking voices, hilarious.

Have these people got nothing better to do on a Friday night? just watched 5 minutes, surely more fun to be had in a bar with beer or something

Just think how much I could make off of F Trump merch!

posted on Nov, 11 2016 @ 05:45 PM
link
foolish people think to themselves:
" I don`t like trump I think I`ll go out and walk around with other people who don`t like trump and maybe we`ll break something"

ok, have fun with that then,although I think their time could be used more productively,maybe they should go visit a veteran in the hospital, you know since it`s veterans day.
I don`t think that will happen though because that would mean they would have to look outside of their own selfish petty lives,and do something completely unselfish.

I need to cash in on selling protesting merch... 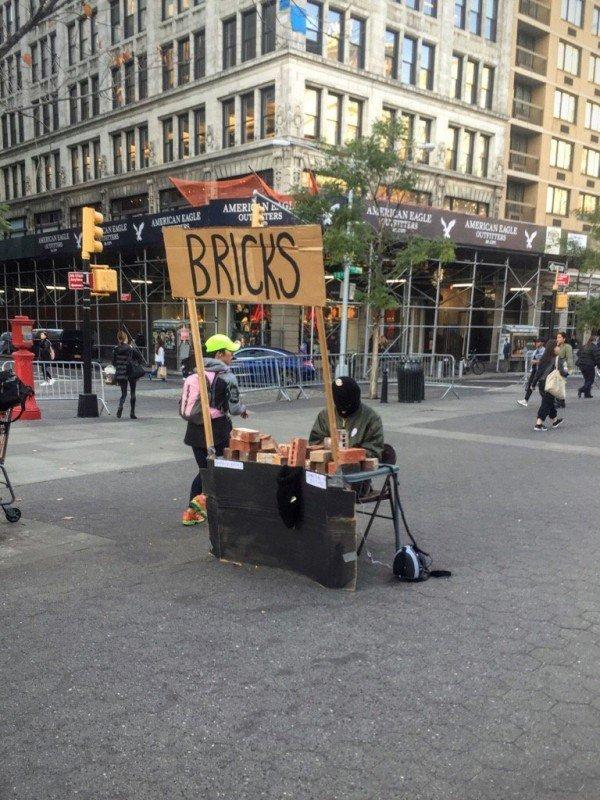 Oh god this guy going to be a millionaire!

The night of the walking braindeads. It's really smart to block the highway like that.

What exactly are these people trying to achieve? a re-run of the election until they get the right result? hoping their "states" break away from the union? i just don't understand at all the end goal ........ surely they, as a collective, have an end goal yes? do they all know what it is? is this officially organised? why?

To be quite honest, i have never understood the democracy of voting either in the US or in the UK, we have "Constituencies" you have "College Vote" or something ........ both, as far as i can work out, means we have "block" voting.

However, we live in a world of FUZZY politics where 10 votes is also equal to 200 votes, BS if you ask me LOL

Educate me please, i am loosing the will to live

I notice the American queen mother, has not called off her attack dogs, bad form there hilley!

originally posted by: Indigent
a reply to: Lysergic

I need to cash in on selling protesting merch...

That's hillarious! I wonder if those bricks recently came out of those marching right after the election?

originally posted by: corblimeyguvnor
To be quite honest, i have never understood the democracy of voting either in the US or in the UK, we have "Constituencies" you have "College Vote" or something ........ both, as far as i can work out, means we have "block" voting.


The logic becomes more clear once you realise that in both cases the representatives were established to represent communities.The good people of Plymouth select the man they want to represent the community of Pymouth, the good people of Exeter choose the best man to represent Exeter, and so on. Historically they are the representatives of the local community first, and representing some political party is a secondary consideration. Then a majority in the Commons means that the P.M. has the support of the majority of local communities.
The American system is the same idea. In principle, choosing the President is a collective decision made by the states, and the electors in the College are offering the decision of their respective states.
These are systems that say "local loyalties are more important than party loyalties". I think that is still a good idea.
edit on 11-11-2016 by DISRAELI because: (no reason given)

Get a bulldozer. They'll quickly scatter.

thanks, i thought that was what it was about, however, i'm old school ...... and old LOL. I remember the times, back in the 70's when all it took was a "show of hands" to enable strike action in the UK workforce, the MAJORITY of hands won the vote and, because it was a nice day, too warm to be inside a factory, the "brothers" would vote to strike.

In the 70's i was still an apprentice so was never directly involved in strike action but saw the sheeple effect of the show of hands, when some hands would rise more slowly than others after they had taken a look around to see what was popular.

Now, we have just had a referendum, i know MP's represent their constituents and can understand why they MAY vote against Brexit if "Theresa May" does not get her way in the Supreme Court. However ..... they have been mandated, through the referendum, to get out of Europe (EEC) ...... is it not dangerous to block that path because your constituents (minority) voted against?

Rock and a hard place i suppose, glad i'm not a politician

posted on Nov, 11 2016 @ 07:16 PM
link
a reply to: corblimeyguvnor
The referendum is a complicating factor, isn't it? Even more so, because the personal view of the M.P. may not match the way his constituents voted.
As I see it, offering a referendum imposes a moral obligation to accept the result. It's like agreeing to toss a coin; refusing to accept the outcome is bad practice.