I Didn't Realize How Bad It Was

Still, in a rational world, a sitting President would call for cooler heads to prevail. But as you suggest, this President has been as much a part of the problem as the other asshats.

Can't disagree in any way. You'd think that America's first African American president would be able to easily calm many of the frayed nerves and outrageous acts of violence and destruction we've witnessed over the past several years... you'd think that, but I guess it only works when said first African American president is more concerned with actually doing his job as leader of the country than he is concerned over his "cred" and how "cool" he is seen by these malcontents.

Ha you are right, sadly.

They've been on the defense for 8 years against relentless, baseless propaganda-style attacks.

Sounds like they've put their shields down and picked up spears.

originally posted by: Swills
a reply to: Metallicus

Really? Because I never saw any support for Obama at all from the conservative camp so don't be angry the rest of us aren't rolling over and letting a sexual predator con man as our president.

In some ways, you are right. In others, you are wrong. Not a lot of support but did any riots happen as a result of his election? I really can't compare lack of support and some harsh words and rhetoric to full blown riots.

originally posted by: Kettu
a reply to: Metallicus

They've been on the defense for 8 years against relentless, baseless propaganda-style attacks.

Sounds like they've put their shields down and picked up spears.

I think you have that completely backwards, or did progressives not have the last eight years to get this far?

In a rational world.

This ain't that. If it was this wouldn't be goin' on. 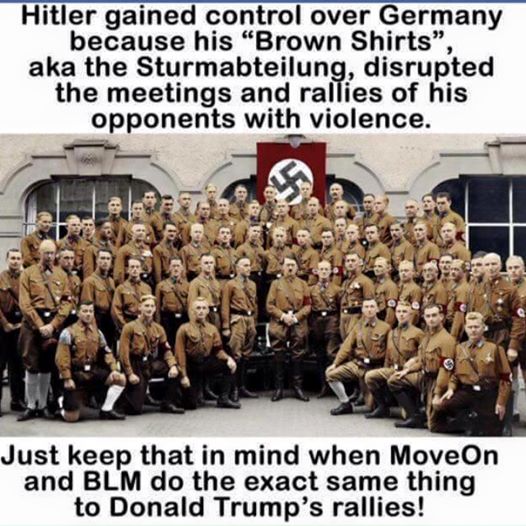 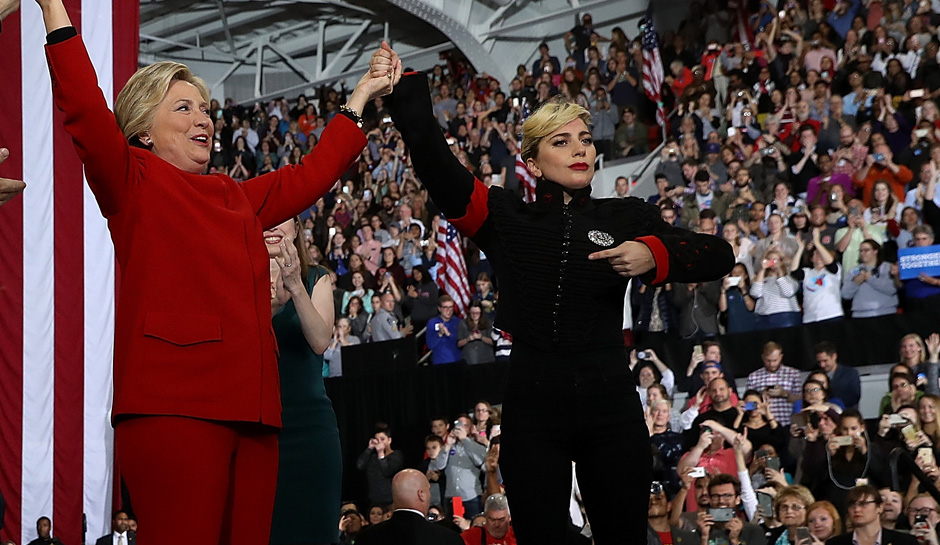 
If there is to be a civil war, I see exactly how it will start and as per usual, not a rich bureaucrats hand will see blood. It's even right in my back yard.

Conservatives own (usually many) guns.

The new civil war will be a short one.


so don't be angry the rest of us aren't rolling over and letting a sexual predator con man as our president.

Liberals hate conservatives having guns. There is a fkton of hate out there and I really don't like where this media interlocked with these protests could lead.

originally posted by: Konduit
The real Fascists are showing their true colors.

The Brown Shirts were arguably formed in response to communists and leftists doing that to Nazi rallies. They were a kind of private security to protect Nazi rallies then turned to the same tactics themselves.

originally posted by: Metallicus
I now have to admit that I was completely wrong. I always assumed we were talking with intellectual opponents people that really meant what they said...they loved America and Democracy...we had different ideas how to make America great, but we respected the process. Now I see now I was wrong.

You see, in the past when people lost elections they simply rolled up their sleeves and tried to find a better way forward. That way didn't include beating up an old man at the polls, beating down a high school sophomore for her social media post or tearing up buildings and neighborhoods in what can only be called domestic terrorism.

We shook hands with our opponent and said...we will get you next time.

What is going on now is...unnerving. It is surreal.

You are both right and wrong.

Whether it's an election, a football game, or online video gaming, people will always talk smack about their opponents. It's human's tribal nature and competitiveness coming to the surface. When the votes are counted or the game points totted up, the vast majority of people still shake hands and move on. Oh, they might still grumble if their side lost, or gloat if they won, but they keep everything in perspective.

What is different now is that we've had 8 years of developing whiny, petulant, child-like generation who can't accept that life isn't about giving everyone a trophy for participating. You have winners and losers. Sometimes life will go your way and you can ride the high, but sometimes it will go against you and you have to weather the storm. There is a growing and vocal portion of the younger generation who have never had to face this simple concept and have no idea how to maintain any sense of perspective.

The temper tantrum being thrown in places like Portland is exactly that - a temper tantrum. Just take a step back and think about it. What are they doing? Vandalising Portland. What is Portland? One of the bluest cities you can find. There is no point, no reason, no selection of targets with any meaning, just a bunch of overgrown toddlers trashing their own room.

You wonder what it would be like if Hillary had won? There would be a small minority having their own temper tantrum. There is a possibility that their tantrum would manifest more as small scale/isolated insurgency against selected targets, rather than riots. Still bad, of course.

originally posted by: Swills
a reply to: Metallicus

Really? Because I never saw any support for Obama at all from the conservative camp so don't be angry the rest of us aren't rolling over and letting a sexual predator con man as our president.

True, but both you and the conservatives maintained something important - a sense of perspective. Hardcore conservatives hate Obama as much as hardcore liberals hate Trump. Neither side, even out at the extreme ends of the spectrum, started to take pot-shots at each other, though.

originally posted by: seagull
a reply to: Metallicus

I just don't understand this, I look like a Trump supporter...

You could always just take it as a compliment, you know

Given how I feel about the man? No, thanks anyway...

But I, unlike quite a few seemingly, am willing to give him his chance.

So now we have all these riots going on, exactly as I predicted. And, folks, aside from these little snowflakes that are melting on campus today, the kids, all of these riots that you're seeing in New York and Philadelphia and Chicago and Los Angeles are bought and paid for. They are not real in terms of springing up genuinely and organically.

They're bought and paid for, and we know this from the WikiLeaks email dumps from John Podesta, and we know it from Project Veritas videos.

We know that all of the protests at Trump rallies were bought and paid for primarily by George Soros, by the Democrat Party. We are still being treated by the media to a picture of America that isn't true. They want you to believe that a majority of Americans is fit to fit to be tied and angry over the election of Donald Trump and as one of which we can never unify unless Trump caves on everything in order to get peace. That's what they're trying to make everybody think, and that's what's making me nervous, when I hear so many on our side talk about now the need to cross the aisle and the need to unify.

The time to unify is after we have forced them into surrender just like we did the Japanese in World War II. But the days of unifying with the losers because they're mad and we don't want the media saying mean things about us, they lost. And, folks, they have been losing since 2010. Obama would not have won his two elections were it not for his race.

www.rushlimbaugh.com...
Conservatives seem to make jokes while liberals always start screaming and if that does not work (if there is enough of them) they resort to violence IMO.
youtu.be...

This was all easily predicted though Metallicus. History shows us that when such divisive campaigns are run, there is always trouble afterwards.

That is not me supporting it or anything, just pointing out it is irrational not to have expected it. For those protesting, get politically active and campaign for change at the next election (the way democracy is supposed to work) - that is obviously what should happen for those that feel strongly enough to be protesting at the moment.

For future elections, it may be worth the candidates while to remember that divisive campaigns breed divisions (shock horror).

There is certainly too much these days though of people expecting to get everything they desire. Sorry peeps, the world doesn't work that way. Take Brexit - i was (still am) firmly in camp Remain but Leave won.......so you suck it up and get on with it.

Some of the stuff that has been coming out though is quite horrifying. The older guy getting battered for voting Trump is appalling and shows how scary the world is getting. People seem really detached from reality these days....


he was impeached for sexual miss conduct

He was impeached for perjury and obstruction:

You didn't see riots because the opposition had work in the morning. The welfare state gives plenty people idle time. That seems to be the class or lack thereof which the dems cater to and promote.