posted on Nov, 10 2016 @ 10:24 AM
link
Or just controlled opposition? A lot of truthers seem content in the idea that they have somehow defeated the corporate oligarchy by electing a multi billionaire.. Trump IS part of the elite. I remember when Obama got elected and many people(myself included) thought GREAT! Time for some real change!

It feels to me as though the exact same thing has happened now. The flagrant slander and lies of the media resulted only in propping up Trump even more. It seemed like a blatantly engineered reaction to me. It is the revolution everyone has been looking for.. or is it?

Do you honestly think that if the elite didn't want Trump to win he could have still pulled it off? The last president to try earnestly to take back the country from corporate control got assassinated. Trump is part of the corporate elite...

The fact that Alex Jones was so openly promoting Trump rings alarm bells to me in itself. Trump is the hero many people have been waiting for. At least that's what he purports to be. It's just too perfect.

Do you honestly think that the answer to ending the corporate oligarchy is to elect a corporate tycoon?..

I think a lot of the US is in for a serious shock. Every politician wins by making incredible pledges and most barely fulfil any of their promises..

Not to mention all the 666 a-okay hand signs he throws with gusto. I don't trust him and watching his acceptance speech it feels like he's taking the piss and inside he's thinking "Hahaha suckers".

Maybe I'm just being cynical but I really don't think so. The whole thing seems like a Psy OP of epic proportions. It feels as though you're playing right into the elites hands..
edit on 26/10/2010 by TechUnique because: (no reason given)

I don't know, I see it this way, the era for career politicians is coming to an end, US is nothing but a big business entity, a corporation actually, been run by private interest, their lobbyist has been writing bills for decades, linked globally by the markets, that is the fact.

originally posted by: marg6043
a reply to: TechUnique

I don't know, I see it this way, the era for career politicians is coming to an end, US is nothing but a big business entity, a corporation actually, been run by private interest, their lobbyist has been writing bills for decades, linked globally by the markets, that is the fact.

Hey that is why presidents always come out of the presidency rich, powerful and fully protected by the tax dollars.

That is they way it has been for decades.

originally posted by: marg6043
a reply to: TechUnique

Hey that is why presidents always come out of the presidency rich, powerful and fully protected by the tax dollars.

That is they way it has been for decades.


I just can't wrap my head around how many truthers think that this is somehow the end of globalism and the New World Order. This is the NWO. It just seems so obvious. Like a script to a really predictable movie.

posted on Nov, 10 2016 @ 10:38 AM
link
I'm from the United Kingdom by the way, and I am a Christian. Just thought I'd add that for clarity. I don't have an intimate knowledge of US politics at all. I just feel like I am on the sideline watching a circus or dramatic performance..
edit on 26/10/2010 by TechUnique because: (no reason given)

posted on Nov, 10 2016 @ 10:40 AM
link
You are just being cynical. You need to do some research. Donald is not how the mainstream has portrayed him and he has been in the public eye long enough to have many interviews regarding politics that go back at least 30 years. He has also been a public figure for a very long time, long enough that if what he is accused now of doing a long time ago (words notwithstanding.. however, I have heard worse from my women friends - don't condone, but is not a deal breaker to do the job - if you say you've never said anything that offended someone, you are delusional), they would have for sure come forward at the time.

Hillary is a shill for Saudi and they want to take over the US ... from the inside. Do some research. It's all out there to see. They also paid people to disrupt Trump rallies - people got hurt, but the DNC doesn't care. They are chaos creators. They are hate.

It's up to all of us now to support our President, take back our country. We can do this.

PS as far as Obama is concerned. He was groomed to do just what he has done. We are so far in debt. We are hated. He has divided this country like no other. It is so sad that people cannot see past this manipulation.

Trump was not born rich. He works hard. What he appreciates is others who work hard. Use their brains to think. Think for themselves.

Come on now people.. we do not need our federal government controlling so much - that is not what it is there for. We also don't need to be in such bad shape here on the home front.
a reply to: TechUnique

I think what you may be driving at is that we're being lulled into some false sense of security. I can't speak for all the truthers in the WORLD, but I can speak for myself and to some degree I can talk intelligently for what I know of the people on ATS and I pretty sure if there's a conspiracy or issue to be found, ATS will never have the wool pulled over their eyes. The Post-Election nonsense is just that, nonsense....chest thumping...after it all settles in? Business as usual and I don't think there are many if any here that are blind to that.


What I DO think, in the short-term is that people will initially be far too hopeful and feel let down, BUT, I would love to find myself having to acquiesce that I'm completely wrong about that.

Maybe, maybe not. What Trump is, though, is a successful businessman. With the ever-increasing outrageous debt this country is in, he may be able to straighten out our debt. It's worth a try. That's why I wanted to see Trump in office.

I can't even imagine the horrendous state this country could be in had Hillary got elected.

Can you be 100% certain that Trump hasn't been planned as a US president for a long time now? Needless to say the Globalists are always looking to play the long game.

(Not even going to mention the Simpsons episode actually predicting Trump as president... oh wait)

Sometimes the truth is stranger than fiction.
edit on 26/10/2010 by TechUnique because: (no reason given)

Is always been kind of a circus in town every time we have elections in our nation, now this time around its been more spectacular with Trump running that with any of the known c areer politicians, blame the media for that I guess.

Since the global economies got linked together the NWO became into effect, that is the fact. 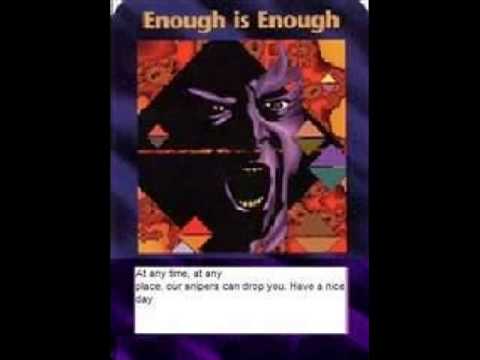 Within 6 months of Drumpf taking office this country is going to enormity of their mistake.

I echo your sentiments completely, perhaps it is because I too am from the UK, but let's face it, whether he is in on the game or not, he still represents an elitist party.

The most laughable thing is and even a poster above said as much, that America is a corporate company, he is a corporate man, so why not?! (paraphrasing here).

Corporations are what is wrong with this world, I get the American people wanted something different form "the establishment" yet they are failing to see Trump and the Republicans are the establishment.

In the last 24 hours I never realised just how far apart England and America are culturally, I noticed someone on another thread gushing about his acceptance speech, thinking it was his best yet, however to my mind Trump's simplistic tone, dare I say grammatical inaccuracies make him seem illiterate.

Which is strange, as when I watch footage in the video above, he comes across as rather more eloquent....does Trump have to dumb down his speech to reach Americans?

I know I will get flamed for this, I really don't care, most of the time people on here ignore me, which is fine by me because I will never speak their language.

Well, at least you said it. For all the good it'll do. The Trumpette Brigade will be here shortly in force to tell you all the ways that you are wrong and a terrible, stupid person.

originally posted by: solargeddon
Which is strange, as when I watch footage in the video above, he comes across as rather more eloquent....does Trump have to dumb down his speech to reach Americans?

Nope, youre not going to get flamed. In fact from this American, I will agree with you. But, bear in mind this was part and parcel to his "tack"...it is precisely HOW he won the election...by reaching them through the common means necessary that he knew would resonate with them.

You have no idea how hard he fought with EVERYONE, and I mean everyone fighting him tooth and nail on his approach to the public. He shunned each and every one of their pieces of advice and his gamble paid off. He reached a demographic that, while not eloquent, before found themselves to be horribly unrepresented.

So yes, in a lot of ways he did "dumb down" his rhetoric; the TLDR of Trumps campaign can somewhat be summed up by "Look, you effin want change, vote for me cuz ill give ya effin change" and it worked!
edit on 10-11-2016 by alphabetaone because: (no reason given)

Thanks, it means a lot to not get "shot down" for having an opposing viewpoint, more importantly someone who can agree.


So yes, in a lot of ways he did "dumb down" his rhetoric; the TLDR of Trumps campaign can somewhat be summed up by "Look, you effin want change, vote for me cuz ill give ya effin change"


So by speaking to the lost sector of America he won their votes and permission to keep on ignoring them...making the elite greater.

He's not as silly as he pretends.

Well, honestly only time will tell if they get ignored or not. I'm willing to give the guy a chance, and see if he will keep his word or at least make an effort toward representing precisely what he says he will.


Yet, I suspect that business-as-usual might be the outcome because, well, honestly, because it has always turned out that way. The most negative consequence I see coming out of all of this debacle, is the party damage done to both Democrats and Republicans in the long-term. Whether people view the outcome of the election as good or bad, one thing is a forgone conclusion - that the entire political landscape has been irrevocably tainted for the forseeable future.

posted on Nov, 10 2016 @ 11:57 AM
link
a reply to: TechUnique
I only expect two actual things from Trump, and are really the only thing I wanted to see him in.
*Repeal of ObamaCare/Mandatory Insurance/ Existence Tax
*and safeguarding the second amendment. Other than that, I am certain most everything else is business as usual.

See, now if Democrats would just abandon their quest to destroy the constitution, then maybe others would be more open to their candidates.