posted on Nov, 10 2016 @ 07:40 AM
link
There is a person by the name of Miles Mathis who does independent research in physics as an avocation and posts papers on his website. He is self-taught by going to original texts such as Newton's Principia, extensive reading, and his own analysis. He is brilliant.

One of his readers, a Dutch engineer, has posted a YouTube video of an experiment based on one of Mathis's papers. Mathis, in turn, has written a paper to go with the video.

PI is not what you are used to for things in motion.

Based on the paper "The extinction of Pi" by Miles Mathis.

Here is a link to the paper, which is a nine page PDF: A Simple Experiment Proves π = 4.

Pi is the ratio of a circles circumference to it's diameter.

Moving the object does nothing to this. Not sure what kind of fuzzy logic this guy pulls off here.
edit on 10-11-2016 by SignalMal because: (no reason given)

He'd be brilliant if he was right, and he's not. You'd actually have to be able to do algebra to understand why, though.

eta: It's obvious he doesn't understand limits in calculus. He tries to handwave it away but he's totally incorrect.
edit on 10-11-2016 by Bedlam because: (no reason given)

Wouldn't friction, and gravity play a huge role in interference on this experiment? Hence why we developed math to calculate an exact measurement without the need for tolerances.

From my understanding pi is seemingly infinite due to the fact there is no perfect circle anywhere in the universe.
If you really got down to the largest of number that pi can go to, it'll still look like a bunch of triangles forming a circle.
This mans experiment would need to have a calculation for a perfect circle for pi to = 4.


From my understanding pi is seemingly infinite due to the fact there is no perfect circle anywhere in the universe.

Pi is what Pi is.

Get used to it and forget this nonsense.

I work with maths every day. Thank god for Pi as it is the basis for so many other proofs...

And do you know why?

Because it's true....and it works.

Motion relative to the Earth i assume?

Because we all know the Earth IS in motion, at roughly 65,000 mph...which would mean Pi is always 4, since we and the planet we reside upon, is always in motion...not to mention the motion of the Solar system around the Galactic centre, or the Galaxy moving through the Universe....


First of all, Pi is the ratio between the circumference of a circle and its diameter. That ratio is 1:3.1415...
That's an absolute value that cannot change. It is what it is, and what it is in not a huge mystery.

Sure, this experimenter tries to apply motion to Pi by sending the balls through a curved tube, but the curved tube does not necessarily represent a circle, so I don't understand how he thinks Pi is being represented by simply rolling balls through an imprecisely curved tube.

Which brings me to the second point:

...but that has nothing whatsoever to do with Pi. I'm not sure at all why the experimenter would think it does.


I suppose that if the tube diameter was large enough, the ball in the curved tube would ride up the side of the tube a bit due to its momentum (like a race car's momentum pushing it up a banked racetrack curve, causing the car to ride up that banked curve), and thus take a longer path to the end than the ball in the straight tube.

I'm sure that through experimentation, he can find a ratio between the paths the two balls take -- the straight one and the one that rides up on the walls of the curved tubed). HOWEVER, that ratio should be called something other than "Pi", since it is practically has no association to Pi.

This reasoning is correct.

The diameter of his tube is arbitrary, except it's not. It was chosen specifically to persuade people into believing a false assumption.

The presenter frames the experiment to guide the viewer towards a phony conclusion. When we bother to view all that is within the experiment, that focus and manipulation becomes clear.
edit on 10-11-2016 by SignalMal because: (no reason given)

The experiment needs to be done with a vehicle on a fixed track and I'm sure there are people out there who have model trains ready with precise wheel diameters that will show the flaw(s) in the experiment.
edit on 10-11-2016 by fractal5 because: (no reason given)

The soft plastic he's using to make the loop will have more of a tendency to slow down the ball than a harder substance. You could make the loop out of glass instead of plastic and the ball wouldn't lose as much speed in the glass because the glass would have less friction. Any harder substance would have less friction than the soft plastic. Metal tubing could be used but unlike the glass you wouldn't be able to see inside it, but all you really need to do is photograph where the other ball is when the looping ball exits the loop.


About 17 years ago, I began sending my papers to mainstream sources, trying to play by the rules. But they decided to be nasty, not just refusing the papers, but implying I was some sort of idiot for disagreeing with them. 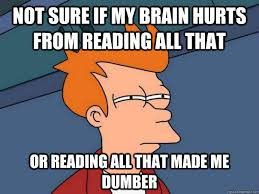 How can the ratio of the circumference of a circle to its diameter change when motion is involved?

The idiocy of some people on the Internet is astounding.

Just .. Oh. My. God. This is the most ridiculous thing I have seen today.

originally posted by: ConnectDots
Here is a link to the paper, which is a nine page PDF: A Simple Experiment Proves π = 4.


For those who are interested in actually reading papers, here is a link to the original paper that inspired the experiment, "The Extinction of π":

Abstract: I show that in all kinematic situations, π is 4. For all those going ballistic over my title, I repeat and stress that this paper applies to kinematic situations, not to static or geometric situations. I am analyzing the equivalent of an orbit, which is caused by motion and includes the time variable. In that situation, π becomes 4. I will also remind you this is not just a theory: it has been indicated by many mainstream experiments, including rocketry tests and quantum experiments (see links below). . .

The people that didn't understand it are the ones who think it's real.

The people that understand it (and understand basic English) know that it's quite simply impossible.

So, how about you explain it in your own words? You must be able to as you believe it's true.

Squaring the circle and redefining PI

Flashback to Edward Goodwin, Indiana and 3.2