These two pictures were taken by my old man from a Iphone 6S, on a flight from Rockhampton to Brisbane in Queensland, Australia on the 9th September at approximately 6pm. He noticed something small and white out of his window seat, accelerating away from the plane on a slightly acute heading (relative to his flight) as it was cruising at 32'000ft. From when he noticed it and after a bit of gawking, he had enough time to fumble out his phone and snap a couple of images before it faded into the distance. (Also good to note he asked the bloke sitting next to him if he could see it as well, which he could) So, as an ex-pilot myself, my first thought is a internal reflection off the glass in the passenger windows on a Boeing 737-800, but after having a closer look at the pictures on a 4K computer monitor, I'm almost convinced it’s a solid object. The object in the pictures maintains its shape between the two images, whilst appearing to change direction, which a reflection wouldn't do. My old man said it appeared to be small-ish and a solid unchanging white colour, but was quite a distance away - so he couldn't be 100% sure.

The only explanation I can muster up is a private jet on a different heading maybe 6000ft under his plane, obscured by the window glass of the Boeing. Or something military, but not sure we have anything white in Australia. That’s all I can think of that is small and can better the airspeed of a cruising passenger jet. But I'm certainly up for suggestions, my old man said its the first thing he's seen in his 55 years that he couldn't explain.

Swing us a message if you want to have a look at a full res. and un-edited copy.

posted on Nov, 10 2016 @ 04:38 AM
link
I once saw a crazy orb with my own eyes, and everyone else around me saw it too. Maybe it was something like that? Then again, it could be light reflecting off one of those foil helium balloons someone let go of, or something similar.

Those are of interest for sure. I've seen 4 or 5 little balls like that outside my place in the sky.

I really have no idea what they are, but they hung around for almost an hour before disappearing.

I think it's a combination of sunlight and the widow , there are other luminous spots on the picture too.

Nice one, I have the box DVD set of the twilight zone and was amused when I saw William Shatner in it

That's what I first thought aswell. However, if you blow the pictures up it appears to have the same form between the two pictures taken from two different angles. Image 2 High Res Enlarged
This one appears to be in glare, but the object still looks different from the glare on the window... posted on Nov, 10 2016 @ 12:57 PM
link
I must admit, in the first two pics [in the OP] the object looks more rounded than it does in the enlargements, where it looks to me to be a solid, more linear shape. Strange one.

Probably either a Gulfstream or a Citation. Both have private jets capable of cruising just under Mach 1, so would easily pull away from a commercial flight.

What was the flight number? You will probably see the flight on Planefinder? It all depends on the coverage.

9th September at approximately 6pm (1800 Australian Eastern Standard Time) I make it to be 0400 GMT 8 Sep for the playback.

I tend to agree. That's all I could think would haul a$$ past a passenger jet. Although, cant help but to hope that's a picture of something without logical explanation.

At work now, But I'll look at that tonight.

originally posted by: Badams
Image 2 High Res Enlarged
This one appears to be in glare, but the object still looks different from the glare on the window... 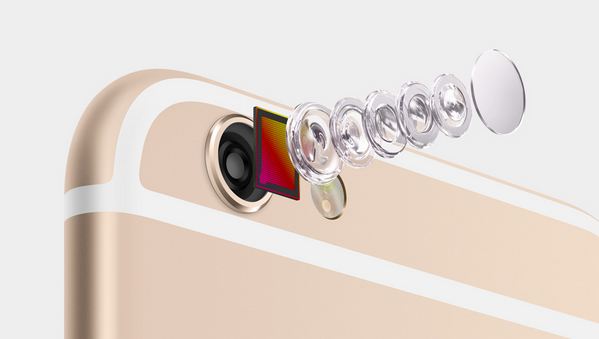 The plane is moving pretty fast so if you're taking pictures of a point in the clouds like that and the clouds aren't moving as fast as the plane, the angle will change, and when the angle changes so will lens flare.

edit on 20161110 by Arbitrageur because: clarification

Yeah, I realise that, which is what I first thought of as its the logical answer. Buts it's not like the picture was taken and the object noticed after the fact, two people saw it then the pictures were taken. Can't be witnessed by two people and be lens flare.

You have already acknowledged that the picture is full of reflections probably from the window. Even if there was nothing there but reflections from the window and two passengers have a discussion and one says "look out the window, do you see a bright spot right there?" and you point to the spot, of course if there are reflections everywhere as in this photo the other passenger will see reflections too. So there is no reason he would say "no I don't see anything" and if he does see something how do you know it's the same reflection when there are so many other reflections? It's not like I can even sight down another passenger's finger all that well when they are trying to point to something.

So I think there are just way too many reasons why I wouldn't place any weight on that story in determining what it was in this case.

Now if it was a big spaceship out the window they were looking at, then a second witness might be helpful since then we are no longer talking about indistinct tiny reflections that can easily be confused with each other, so I'm not saying I'd always dismiss confirmation of a second witness, but in cases like this it would seem to have much less value than you are trying to assign to it.

edit on 20161110 by Arbitrageur because: clarification

I see a lot of orbs, orbs no problem....usually yellow orangey I'm old so....been in the seat awhile....