posted on Nov, 10 2016 @ 05:15 AM
link
yeah, I think this might have originated as a fake story. I found a reddit post that dug into it alittle bit and the guys research traced the story back to what looks like a hoax article.

dang it! I miss the older days of the internet when there was still room to wonder about stuff like this.
edit on 10-11-2016 by rexsblues because: (no reason given)

posted on Nov, 10 2016 @ 05:17 AM
link
a reply to: Quantumgamer1776
I lived in Az for a while,read many story's of people dying from dehydration while hiking near Superstition mountain,but never heard that story of a disapperance,no follow up,nothing about finding vehicle,I think the story made up to make story sound more intriguing

The movie that you post "Fire in the Sky" is about the Travis Walton case of the mid-1970s and happened near Snowflake, Arizona and is not even remotely connected to the Phoenix event.

posted on Nov, 10 2016 @ 07:31 AM
link
I've always been intrigued with the Phoenix Lights. I actually used to have a Brown Univeristy student that was a regular fare of mine that saw it when she was 7 I believe she said. Said her family lived up on the side of one of the mountains so they got a bit of a different view of than those on the flat.

Vie always wondered how many lives changed that night after seeing it. We already know about the ones that have made it into the news over the years, even the governor later went on to admit he saw it after that stupid fiasco he caused to begin with.

The lives of the little man though. The ones we never heard about. Wonder what other strange things may have happened. If I recall if traversed quite a bit of the state. Could be many people that we've never heard of, small town folk or what have you with stories that are kept hush hush.... Things that make you go hmmmmm.

Something certainly happened that night to affect that many people.


There is a subscribe button at the top of each thread.

The movie that you post "Fire in the Sky" is about the Travis Walton case of the mid-1970s and happened near Snowflake, Arizona and is not even remotely connected to the Phoenix event.


I didn't post that movie, the first person to reply posted that

posted on Nov, 10 2016 @ 08:27 AM
link
My apologies everyone, it seems this story is just a viral marketing campaign for the movie.

I humbly hang my head in shame as I request the mods move this to the hoax bin. 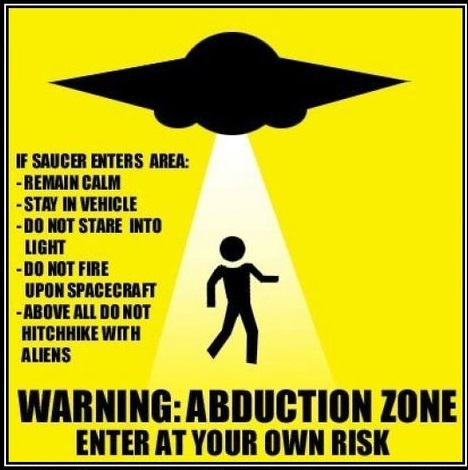 posted on Oct, 4 2017 @ 09:23 AM
link
The director of the film The Phoenix Incident started creating the 4 dead men hoax four years before the film. It was so successful that major papers like the UK's Daily Mirror ran stories as if it was true. If anything it was a master class in how to create a rumour to promote a product.......take your time about it.

originally posted by: _BoneZ_
a reply to: IsaacKoi

To add to that, the Phoenix Lights were just military planes doing training exercises that involved flare drops:

The Phoenix Lights - Laying To Rest The Myth

Well, not really. The lights near Phoenix proper dropped in that V-like formation were indeed flares. But the Phoenix lights sighting as a whole were comprised of sightings of a V shaped craft for hours before those flares were dropped north of Phoenix, and then after they were dropped, south of Phoenix.

The flares were just "coincidentally" dropped in sight of the city for the first and last time ever by the military, on the day that hundreds of reports of a V shaped craft came pouring into authorities. It still confuses folks to this day.. who dismiss the sightings as flares. So to the military, if they were aiming for misdirection and disinformation, one has to say... mission accomplished!
edit on 4-10-2017 by fleabit because: (no reason given)

You ain't NICE ,but TANKERS are LOUSY about security...

I was all set to take on the bear theory. It doesn't seem that far-fetched to me that a black bear could kill 4 men. There have been instances of multiple-victim bear attacks. Usually how it goes is the bear attacks one person initially, because the people startled it or it was defending cubs or a fresh kill. Most of the time others can escape, but how many people just leave their friend to be killed? Sometimes people either try to draw the bear's attention or they actually try to attack the bear. It's not hard to imagine that escalating into all 4 sustaining mortal wounds.

Black bears are usually relatively docile, but in certain situations they can become quite violent. The most unbelievable part to me would have been the bear having consumed all 4 victims. They normally don't even completely consume the person in single-victim attacks, although there are exceptions to every rule.

Oh well, moot point since it's a hoax story anyway.

Not to mention there are no bears in the estrella mountains.

originally posted by: AzDesertWatcher
a reply to: face23785

Not to mention there are no bears in the estrella mountains.