Time to reach out to our liberal friends

posted on Nov, 9 2016 @ 02:38 PM
link
At first glance, last night was an outstanding victory, and a stunning surprise. After all of the mainstream media ground pounding for Hillary, the trashy celebrity support, the shameful campaign contributions of our president (B.O.), and the blatant lack of support from the GOP... It is unbelievable that he won. Trump won. He done gone and done it. Now let's hope upon closer inspection, he keeps his word.
And it's alright to gloat a little bit. After all, it was said that our vicarious victory could not be done. Us Trump supporters are just too stupid, racist, and bigoted.
I don't think that I will be gloating though. But I am relieved that it is over, not because I completely trust trump – but because I completely dispise Clinton and her team. I am very glad that she has failed.
Now it is time for us to pick up the pieces and continue through this opportunity to regain control of our country. And I understand the hesitation from the left to hop on board, because I would never do likewise. But there are conservatives who would have if she had won.
During Obama's presidency, mistakes were made. He was not a good president, and I do not believe he is a good man. He ruined the country for people who want to work hard and contribute. He ruined it beyond the rubble and dust Bush reduced our country to.
It is time for out reach. Sure, the Liberals on this site are probably a lost cause – irredeemable. But your confused and embarrassed friends may not be. Pick them up, dust them off. Be gentle but stern. It is time to give them a second chance and embrace them for their potential.
I hope Trump will lay the groundwork for our country to move forward. I am willing to support him as he makes good on his promises. If we are in fact responsible for trumps victory, then we can continue to affect this country and make a change that benefits us all. I won't turn my back on the liberals just because they believed in a demon. This world is fast, dangerous, and deceptive. We should try to stick together

posted on Nov, 9 2016 @ 03:33 PM
link
I'm seeing liberal crying and acting like baby's, some are even rioting and talking about killing. Not going to coddle this bull!

posted on Nov, 9 2016 @ 03:35 PM
link
I'm sorry, but all of this "Trump voters need to reach out to Democrats" stuff today has left me with this famous artwork firmly in mind: 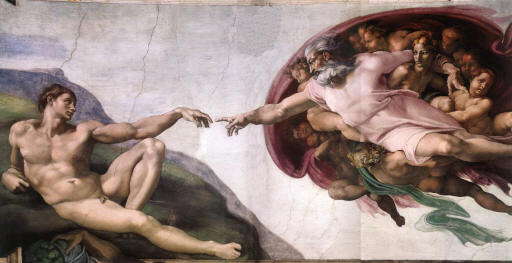 I'm much more of the opinion that the non-Trump crowd knows where we're at if they want to reach out to us and that's that.

Trust me, I will be watching Trump very closely, and whenever he makes a mistake, I will be calling it out, loud and clear.

You might be coming from a good place but your post is really condescending. If I were a liberal and you approached me like this you'd probably get the opposite reaction of what you'd be expecting.

Then there are all the little details that people actually disagree on.

originally posted by: kaylaluv
Trust me, I will be watching Trump very closely, and whenever he makes a mistake, I will be calling it out, loud and clear.


I think this is a healthy stance regardless of who is in office.
well, mistakes happen, but if it becomes a pattern, then it becomes a problem.

I am willing to give this Trump dude a shot. some things he states I quite like, some I find absolutely disturbing (seriously..he is gonna shut down nasa...wtf), some I find just absolutely amusing and impossible to fulfill and will be laughing loudly

(gonna make mexico pay for the wall / entire economic plan is from creating soo many jobs because soo many jobs are gonna be here its gonna be amazing, bigly amazing enough to grab jobs by the kitty or whatever the full fleshed out plan he gave..which I think I may have given more detail in that sentence than he did)

But anyhow, yeah. all politicians should be under the scope...the ones on the other side, and perhaps even moreso the ones on your own side (they are representing you after all).

originally posted by: WUNK22
I'm seeing liberal crying and acting like baby's, some are even rioting and talking about killing. Not going to coddle this bull!

I don't think I am a liberal, or conservative, what I am is an American. A union metal worker, skilled trades. The Dems tend to be more pro labor where the Repubs tend to hate labor unions. They hate the fact that they have to pay us a decent wage. I think they feel that money should go to the CEO.

They tend to feel that giving everything to the wealthy is good because some day something may "trickle" down to us common folk. I believe they feel feel factories should be able to spew toxic waste into our backyards if it makes them money.

I don't like everything the Dems do, too easy on illegals is my main issue, too fast to say there is nothing wrong with Islam.

I like the fact that Trump is what he is, I am actually hopeful he can do what he says he wants to do, without destroying the labor unions.

To clarify things for some who may not know but have an inherent hate for unions, The building trades unions are nothing like the UAW or some public sector unions. We can be laid off at a moments notice.


originally posted by: WUNK22
I'm seeing liberal crying and acting like baby's, some are even rioting and talking about killing. Not going to coddle this bull!


Sure, the Liberals on this site are probably a lost cause – irredeemable.


You think that about us? We must be doing something right then.


Yep. Same here. Bernie then Hillary. My vote to Hillary was just the best way I could vote against Trump and the subsequent control GOP would get. No love for Hillary though.

a reply to: SaturnFX
Say what!? Wants to shut down NASA?? O_O Good grief. *scribbles in notebook*

posted on Nov, 9 2016 @ 07:21 PM
link
Return to the 1930's much?
Protectionism and using rebuilding infrastructure to boost our economy. I'm surprised no ones pointed it out yet.

You have to give him some credit by intending to make things better for our Veterans.
They served and Congress whittled away at every benefit. Actually I can't even hardly call them "benefits" since when you sign up for the military you sign a legal binding contract for your service and the US government has reneged repeatedly
over the years.

Despite this election being a choice between a criminal and a buffoon, what matters is now actually doing the job.