page: 1
23
<<   2 >>
log in
join
share:
Winstonian
+5 more
posted on Nov, 9 2016 @ 02:19 AM
link
Today was a historic day! Against ALL odds, Trump has defeated the political machine. The entire political system on both sides of the aisle was against him. The entire news media fought him at every step. Hollywood and the music industry blasted him. DNC operatives paid protesters and agitators to create violence and false narratives. Obama campaigned for Hillary, Bernie campaigned for Hillary, EVERYONE campaigned for Hillary. Millions of dollars were spent on correct the record and other paid shill groups. Billions of dollars in opposition, both legal and illegal, and Trump came out on top. More importantly, the PEOPLE of this country came out on top.

The people have spoken.

As we watch the Clinton supporters disappear tomorrow, and things get moving onto the right track in this country, do not forget the people that opposed us. Remember each and every person that tried selling us out to the establishment. Our vote counted today, but make them count in the future. Boycott every single person and company that shilled for Hillary. Starve them of our dollars, and smoke out the treasonous rats.

This is a once in a generation opportunity, let us not squander it. The work has just begun, let us take our country back!

The Liberal Holocaust Is Finally Over , and WE THE PEOPLE Will NEVER Forget ! 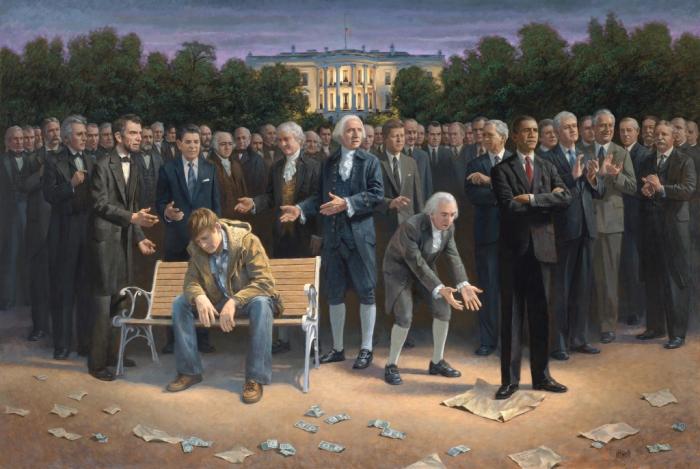 theres only like 30 and counting!! In various different angles and forums. This is so wonderful!

Trump was right: the election was fixed. An illiterate billionaire is now the most powerful man on Earth.

TBH, at this point I think everyone is entitled to his/her own victory thread, lol

posted on Nov, 9 2016 @ 02:31 AM
link
Landslide VICTORY for Donald Trump. The American people have spoken, Donald Trump will be our 45th President of The United States of America.

TBH, at this point I think everyone is entitled to his/her own victory thread, lol


The entire news media fought him at every step.


You mean excluding Fox News. Which holds a huge viewership. That is MSM. I know, it's the Republican mantra to say the entire MSM favored Hillary though.
edit on 9-11-2016 by Lucid Lunacy because: (no reason given)

I am not a Republican. Fox news was after Trump for the vast majority of this election.

Just enjoy our victory! It is a wonderful day!

Clearly you didn't watch much of FOX. They were with very few exceptions on board with CNN and MSNBC against Trump.

The real defeat was the MSM without a doubt in my view.

originally posted by: TheConstruKctionofLight
a reply to: DJW001

Donna Brazile must have given the instruction sheets to the wrong people !!


SJW are in melt down on UK media, the people that have had held the strings for far to long know have to face the momentum of a population that is becoming aware of just how much they are getting f#cked in the ass...

Personally I am happy to see how it works without a dynasty running the show and in a system that I hope will not continue in the way it has for the previous decades. The world has been churned up and so much hurt has been felt, why not give a totally different approach ago??..

On another note, f#ck hillary and everything she stands for, the US population may well have just saved the world...

posted on Nov, 9 2016 @ 02:40 AM
link
I watched Fox. I watched how it evolved. The OP is insinuating MSM during the duration was against Trump. Anyone watching FOX would have seen their position on him shifted as it got closer to the end. FOX News being a very large portion of MSM (based on viewership) puts a hole in the OP's premise.

Just enjoy our victory! It is a wonderful day!


Would you have enjoyed a Hillary victory and feel it's a wonderful day? Honestly..

I wasn't pro-hillary, or pro-trump, but I seriously doubt you, and other Trump supporters here, would be enjoying a victorious day should the other candidate have won.