posted on Nov, 8 2016 @ 11:19 PM
link
The alternative media has been an absolute disgrace, with a huge percentage of their stories absolutely fabricated out of thin air.

I certainly hope people didn't vote for Trump because of all these fake stories. I hope it had more to do with the things she really did wrong (such as the email investigation, or the pay for play).

Truthfully, I think it had more to do with Hillary's general unlikeability than anything else, along with an overwhelming urge from most Americans to throw a giant grenade into established government.

Turns out, Hillary was a much weaker candidate than I thought -- And already I'm on record saying she's the second least electable candidate of my lifetime. Turns out, that title goes to Trump.

originally posted by: 200Plus
Can't wait for school tomorrow.

originally posted by: Informer1958
Breaking out the champagne!

Maybe a few shots of whiskey while im at it!!


Welcome to the real world, you do not always get what you want even if you shout loudly and stamp feet...

Looks like the tables will be turning very soon.

Remember what Trump said: I will overturn Obama executive orders on gun control.

originally posted by: Informer1958
a reply to: slider1982

Trump said he will get a prosecutor to go after Hillary.

I hope that his prosecution team consists of Gowdy & Chaffetz because that'd be awesome. My 2 favorite American Pitbulls.

TFW you cheat on an unprecedented scale and still lose

posted on Nov, 8 2016 @ 11:28 PM
link
Trump has been establishment from day one, he's a billionaire with a lot of powerful connections. His administration will be full of establishment goons and America will continue on the same course it has been going on for the past 100 years.

EDIT: And before anyone says I'm "salty" that Hillary lost, it would have been the exact same way with her.
edit on 11/8/2016 by LumenImagoDei because: (no reason given)

originally posted by: skepticalguy
First the Cubs win the World Series and now Donald Trump is President Donald Trump. I feel like I entered a parallel universe at some point along the way. Let's see if he'll follow through and send Clinton to prison.

Mandela effect has stepped up its game.


The tied has changed guys give it up you are not relevant anymore, the degenerates have spoken... 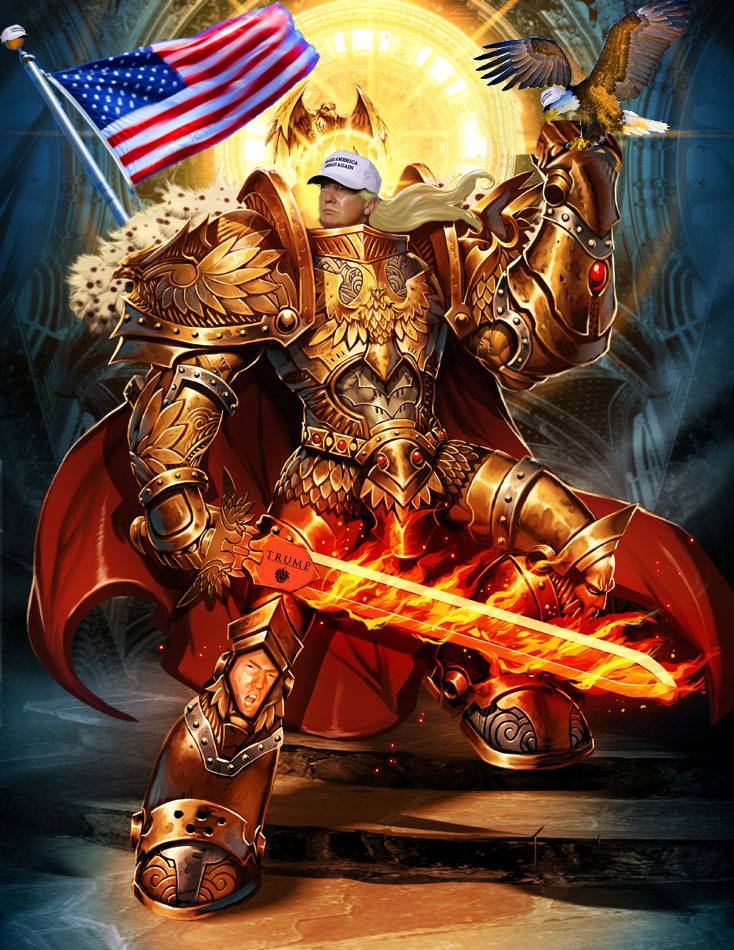 
Pennsylvania still hasn't dropped yet very very close he needs that and Michigan.

The Republican party is over.

Fact is, the Republicans threw Trump under the bus from the start.

Trump represents a new Republican Party for the people, by the people.