posted on Nov, 8 2016 @ 01:53 PM
link
So if that is so there is just a few Trump voters.
Daily tabloid in Finland tells this story and their source is Princeton Election Consortium ( Clinton winning 99% ) and Huffington Post ( Clinton winning 85% ), tried to find out these numbers .. hmm where are they ?
What is odd is that these numbers has increased during a week, week ago it was almost 50-50 between candidates.

Another herring to bite, EU doesn´t like Trump they prefer Clinton. If Trump wins EU will become weaker as Trump has said his goal is to make America great again ( increasing jobs in US and making US stand on it´s feet again, also his policy about illegal immigration is not well taken by EU . Trump is not intrested in EU matters and most likely won´t give support for EU if they asks )

EU sinking ship.. Clinton has been rendered as its rescue.

I am glad these elections are over soon and i hope you vote for canditate which is best for US not for EU.
EU cannot be helped.. pls do not help EU

Link is in finnish .. sorry but you see how we are (dis) informed
Iltalehti
edit on 8-11-2016 by dollukka because: (no reason given)


How accurate were they with predicting Britain's Exit from the European Union.. BREXIT?

Not very ... they said that brexit won´t happen.
I am curious where they found these numbers..

If you read the fine print at the bottom of their predictions, sometimes you'll see the source...if they're legitimate.

Nate Silver thinks it will be close and he is a LW pollster. Margin of error he said could be off by a lot . They just don't know.

posted on Nov, 8 2016 @ 02:22 PM
link
If the certainty was really that high, Hillary would not have cancelled her fireworks show in New York. The campaigns always have better inside information than the regular public do.

Not to mention, you can tell from how they behave. They were campaigning hot and heavy right up to the wire and they were hitting the same states. You know where the key races to watch are because they were in the same places. If Hillary was so locked in, her campaign would have continued the outreach into red states to work on down ballot races, but they didn't do that. They were concentrating on her.

In Missouri where I am at, they never bothered with a local ad buy at all. Trump has never been lower than +5. Right now, he's about +12 and may be carrying enough to pull all the other down ballot races too.

Clintons percentages increased because over the weekend the FBI recommended no charges.

Therefore many of the voters apprehensive about voting for Clinton, are no longer apprehensive.

That as well as the underestimated turnout of Hispanic voters
edit on 8-11-2016 by Lucidparadox because: (no reason given)

Did you see that video of Hillary stumbling off her plane and into the waiting clutches of Bill and an aid? I think this was after her 3rd rally yesterday. She stumbled like a fighter about to hit the mat.

Is there a thread for election results state by state?

Like early results looks to give Trump Ohio. No surprise there. 46/44 right now.

But Nevada going to Clinton is interesting.

Is that thread started yet?
Exit polls are giving indications.

But the underestimated Hispanic voters are balanced by a couple factors: the lack of turnout in the black and young demographic and the fact that Hispanics are not the monolith those other groups tend to be.

What's so ironic is that Trump requested that Clinton early-voters change their ballot to him, after the FBI re-opened her criminal investigation.

But after the FBI cleared Hillary, she didn't request that people switch their Trump ballot to her.

Probably because her internal polls say that it wouldn't do any good. Or she just mentally forgot that it can be done.

I just heard that "young" voter early-turnout was down a whopping 68% in Florida and North Carolina. Obama excited them, but not the pantsuit.

No. That is illegal. Only after the polls close can they officially report in each state.

Probably because she's not a cry baby manchild.

650 000 emails checked in such short timeline. IMO Clinton´s have Comey by the 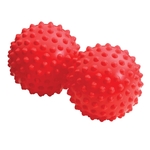 Sadly general public is gullible to believe what ever is told to them.

Huffington post explains their methodology easily (there's even a link to click on that says "How we calculate this") and they have been tracking Hillary with a 90%+ advantage now for at least a month or two.
elections.huffingtonpost.com...
edit on 8-11-2016 by Krazysh0t because: (no reason given)

He also did not release any emails or explain if Huma is in any legal trouble. Just said no, nothing to see here.