Yeah, you heard me, I did it. In an election cycle that made me want to vomit and which ran counter to everything I think our great country should espouse I listened to people who kept screaming, 'Vote your conscience!!!!!'. So I did.

I am sure many of you are saying, 'Augie, I thought you were voting for Thomas Jefferson?!?!?' Well, I did not for him, because, news flash, he's dead and dead guys cannot do doodley squat. As I stood there in the voting booth I had an epiphany, a revelation, an out of body experience were I realized that I am NOT going to throw my vote away for someone that cannot win (bless you anyway Thomas Jefferson) or worse, someone I cannot tolerate. I instead voted for someone who is not going to insult half the country, who is not going to make me ashamed to be an American, to not make me feel like I had to hold my nose when I pulled the lever for them, who actually is closer to my political views then I thought and who I think would actually do a spectacular job.

'But what about the drawbacks?!?!?!', you may be saying. I am willing to overlook these to prevent catastrophe, not only here but abroad. We need someone who understands foreign relations, how to negotiate, how to relate and interact with other people. She can do this. So what that she has a few minor character flaws? I can forgive those. So what that I may not agree with every single thing she says? She makes sense more often than not. So what that she may not be able to get every little political issue passed with little to no Congressional support? She will work to unite people instead of divide them. So what that she may not even be a legal citizen? I heard the same thing about Obama.

I can live with these things and so should you. Stop getting sucked into partisan politics and do what you know is right. If you have not already voted then join me and helping to make history, join me in bucking the system and trying to prevent a despicable human being from becoming the President of the United States of America!

And for those of you who may not believe I actually did this scroll down for your proof... 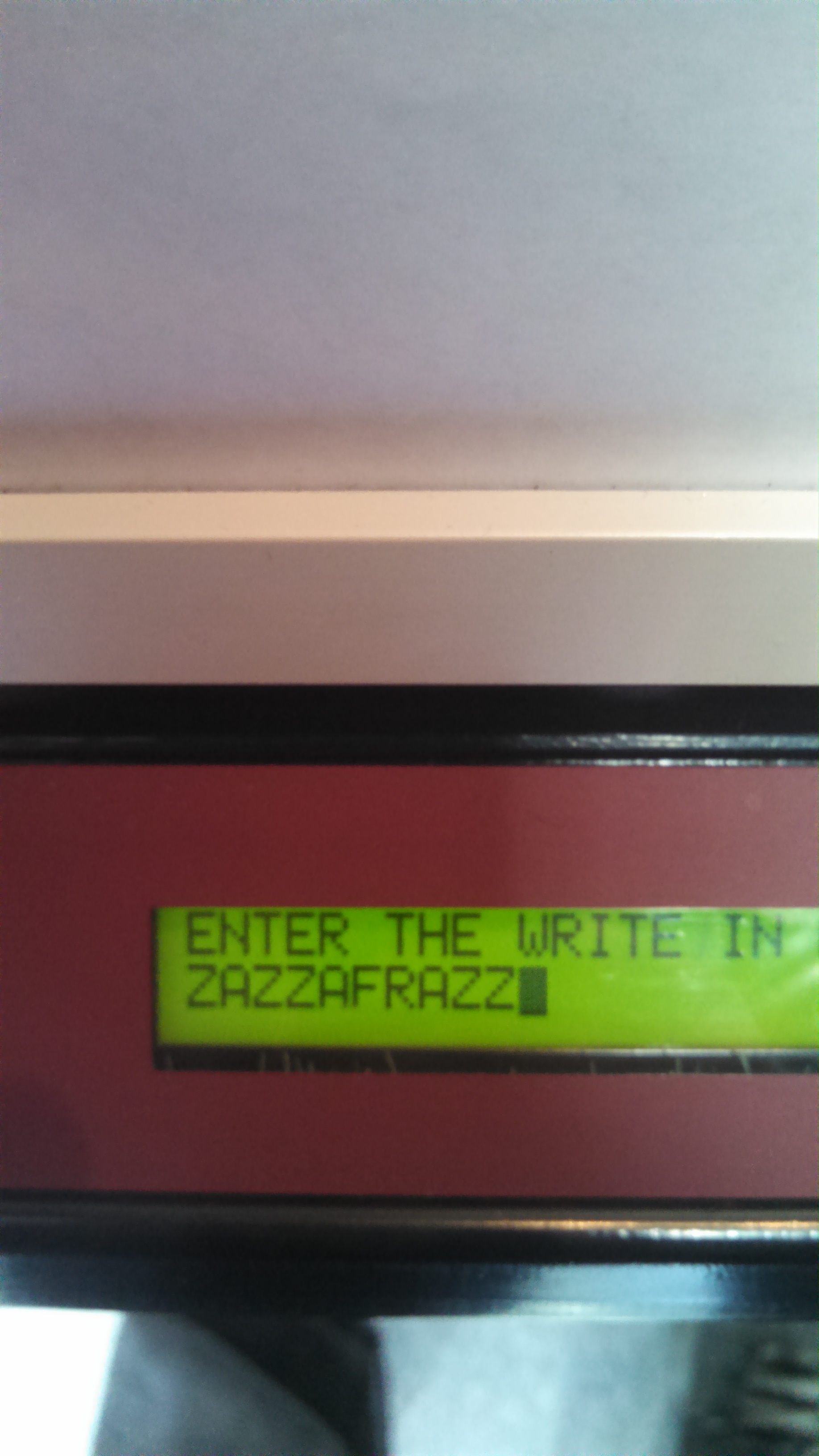 Yeah, I voted Zazz for President. You know why? Because she would do a better job than any of the ding dongs running. Oh, and before you think that taking a picture of me voting is illegal, I did my homework, unlike that potato head Justin Timberwolf, no laws here in New Jersey about taking pictures in the voting booth! So join me in making America really, really, realy great again and get with her, vote Zazz 2016!

Oh, and P.S. Zazz, when you get to the White House don't forget to appoint me Secretary of Cocktails. You're gonna need copious amounts of booze to deal with 4 years of this crap.

I don't want it, let her pick Kali or BH or someone else. I just want normalcy.

She often insults much of the country, those people are your political enemy so you're cool with it.

Maybe. But in an election of worse and worser I decided to do something I could live with.


I think people must have been wondering why I left the booth laughing instead of crying like the rest of them.

originally posted by: TheBulk
She often insults much of the country, those people are your political enemy so you're cool with it.

She does? I could not imagine a Presidential candidate insulting fellow citizens. That seems unheard of.

originally posted by: DrumsRfun
NO NO NO and....NOOOO!!!
Canada first!!


You can have Sponge-y, she should run for PM. I would illegally cross the border to vote for her too. We would all get Ski-dos and Crown Royal.

Oh well some lack common sense,if she win's and I lose my right to own a firearm,I'll remember who helped march in communism

oh man, get #ed! You may as well as voted for sliced cheese. Oh well, least it was not Clinton.

Too bad. She's Aussie! After much consideration I shall be writing her in at our next Aussie election!

Actually, bugger it. NEW WORLD ORDER with Zazz as Prez! That's an idea I can get behind!

originally posted by: Oldtimer2
Oh well some lack common sense,if she win's and I lose my right to own a firearm,I'll remember who helped march in communism

I have a feeling Zazz is not going to be able to confiscate your firearms.

What flavor was the kool-aid?

And btw, good luck with maintaining that mindset. We'll see if, or how long, it lasts.

originally posted by: worldstarcountry
You may as well as voted for sliced cheese. Oh well, least it was not Clinton.

Zazz is a vast improvement over sliced cheese and Clinton.

We've had far too many Presidential dogs. Hell, the last one was a total wuss dog, now we can have some White House cats, like 34 of them.

You voted for her just because she's hot.

originally posted by: NuncaPiensas
What flavor was the kool-aid?

And btw, good luck with maintaining that mindset. We'll see if, or how long, it lasts.

I see someone did not read past the title or first few paragraphs.

She often insults much of the country, those people are your political enemy so you're cool with it.

You often don't read OPs and comment from ignorance.

originally posted by: Trueman
You voted for her just because she's hot.

And the fact that she's a little crazy makes her hotter.