Don't these people know that when they buy a mask it goes into the pockets of time warner executives?

posted on Nov, 5 2016 @ 02:08 PM
link
Guido Fawkes was a Catholic Terrorist who was a bit part player in a plot to blow up the English Parliament back in 1605. Every 5th of November in the U.K the failure of this plot and the subsequent conviction of Guido Fawkes is celebrated by letting off fireworks and building large bonfires, where an effigy of Fawkes is thrown onto.

Edit- Here in the U.K it is known as Bonfire night, Guy Fawkes night or Fireworks night.
edit on 5/11/16 by Cobaltic1978 because: (no reason given)

Guy Fawkes Day is a British holiday, which means it's really old. A long time ago in a land far away, Guy Fawkes, widely acknowledged as the world's second terrorist (Judas Iscariot being the first) tried to blow up England's White House, also known as the Houses of Parliament. He had almost succeeded in his plan, but was foiled in a dark tunnel by the 3 musketeers, whom he had informed earlier of his plans after capturing them and placed them in a deathtrap that inconveniently malfunctioned. England celebrates this day by force-feeding a criminal candies(which are called sweets) for 3 days, tying said criminal to a tree and then having said criminal beaten to sleep(called death) by police(called Bobbies). Children dance in the spray of gore, eat the sweets and promptly go to bed without brushing.

posted on Nov, 5 2016 @ 02:56 PM
link
We should have a statue of Guy Fawkes in every city. We shouldn't be throwing his effigy on the flames of the bonfire, we should be throwing the government on it!

You shouldn't believe everything you see on the Internet.

Belief? Ha such accusations you make good person, in such a manner assuming anything about anyone on the internet is also a faliacious practice to consider in the same or similar fashion.

posted on Nov, 5 2016 @ 03:28 PM
link
The mask is taken from the film V for vendetta. The climax has a popular image of the people marching on Parliament all wearing the mask to take down the cruel police state. Just so happens that it also is on the 5th too and now the rally cry for anon.

The mask is taken from the film V for vendetta.

The mask is taken from the likeness of Guy Fawkes. It was popularized by the film V for Vendetta.

posted on Nov, 5 2016 @ 03:43 PM
link
How the heck do you come to the conclusion that it was organised by Anonymous. Who is Anonymous? Whoops the answers in the name, he's anonymous. So anyone could roll up and claim to be him or her for that matter.
Just because one schmuck has got a picture of him on his coat.
Being as London has the highest density of foreigners and the rest are jumped up hoorah henries and henrieters it is their usual MO to congregate in Trafalgar Square and have a knees up so this aint news.

No accusations, only a warning, believe it or not. 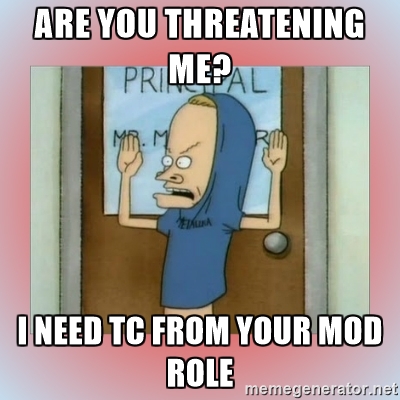 Anonymous no more. Unmasking at 0:20.

A drone camera would have been helpful as the fenced in by masses of police standing while who knows what is occurring inside is nearly immpossible to see... looked like someone on the ground when rushing behind the truck hard to tell of anyone is being brutalized in such things as they all turn their backs on it and then in such numbers no one can witness what is occuring inside and if beaten facts can twisted to they were violent first and who could possibly know?

Don't these people know that when they buy a mask it goes into the pockets of time warner executives?[


Only officially licensed ones. The Mask is mass produced by lots of different companies now, it's probably the biggest selling mask in the world.

Purchase of one used to get you on one of those special lists as a tracker I dont know if it still does or not.