Take a look at the REAL CLEAR POLITICS poll tracking GRAPH. (The graph is below the static number chart.)
www.realclearpolitics.com...

In mid-October, President Obama started campaigning strongly for Hillary Clinton all over the country. At the same time, as the tracking chart indicates, Hillary's poll numbers began falling, while Donald Trump's poll numbers began rising. There is now only a 1.6 point spread between the two candidates.

I think that even though President Barack Obama's personal approval numbers are up there in the 55% range, the policies he put in place over the past 8 years, are delivering more pain than happiness. Especially for working class "everyday" Americans.

President Obama's campaign stops on behalf of Hillary are getting lots of coverage on CNN, MSNBC, ABC, NBC, CBS, FOX. The more people see President Obama on TV, the more they realize that Hillary Clinton:

1. Will continue his economic polices. Policies that have caused them to lose spendable/discretionary income.
2. Is just a regular old politician who is bamboozling them for votes.
3. Will grant contracts and favors, based on donations.
4. Will not reduce crime and/or help the inner-cities of America to regenerate.
5. Is low-energy and boring as hell, compared to President Obama.
6. Will be yet another Democratic President, faced with a Republican House and Senate. More of the "I can't get anything done, because Republicans are the party of "NO!"". (Gridlock)

I'm sure most Americans are also starting to realize that President Hillary Clinton will be mired in ongoing investigations and probes. The FBI investigations into Security breaches, Abuse of power while S.O.S., Clinton family skimming from their personal charity, on and on.. will not stop. Hillary Clinton would be a totally inert and useless U.S. President. Hillary's declining health will only exacerbate her ineffectiveness, as President of this great nation.

The "First Husband", former President Bill Clinton, will also be a subject of ongoing investigations the day his wife is sworn in as President. We could have a sitting President, along with a former President, brought up on charges and jailed simultaneously. Two-4-One.

Busy Americans are now starting to pay serious thought to the ramifications of the choices they will make at the polls this coming Tuesday. IMO, President Obama is unwittingly helping Donald Trump, more than Hillary Clinton. (Maybe it's not unwittingly. Trump rarely says bad things about Obama as a person. Just his policies. hmmm..)

edit on 11/4/2016 by carewemust because: emphasized the graph

posted on Nov, 4 2016 @ 08:54 PM
link
I don't think Obama is as popular as the media reports. He has lost his "messiah" image, even among a lot of blacks who have finally begun to wake up and realized they have been used and abused for a half century by the Democratic Party.

I can Agree with your Reasoning here . Maybe Obama should have taken yet Another Vacation these last 2 Weeks for the sake of Hillary's Campaign . Ah , to Late Now.........)

He's always been a fraud propped up by a fawning media terrified of the repercussions of criticizing him.

Maybe it's the way the microphones are set up, but his crowds sound a lot more "excited" than Hillary's. But you're right. Nobody faints in his presence these days.

"Stephen Grover Cleveland (March 18, 1837 – June 24, 1908) was an American politician and lawyer who served as the 22nd and 24th President of the United States.[1] He won the popular vote for three presidential elections – in 1884, 1888, and 1892 – and was one of two Democrats (with Woodrow Wilson) to be elected president during the era of Republican political domination dating from 1861 to 1933. He was also the first and only President in American history to serve two non-consecutive terms in office."

Two non-consecutive terms? Well, he definitely had something going for him. But it looks like Grover had the same problem Hillary would have if (god forbid) she becomes our next President. "Republican political domination".
-cwm


Ah , How about NAFTA , 2.4 million people Imprisoned during his Term of Office , The (Gramm-Leach-Bliley Act) that dissolved the Glass-Steagall Law to Name a Few...

posted on Nov, 4 2016 @ 09:58 PM
link
a reply to: carewemust
You forgot one
Change the ACA from a piece of trash legislation to a piece of "it" legislation

originally posted by: Staroth
The good news is Obama will be out of there come next week!!! YAHOOOOO

Americans have been stupid for a long time.

Seriously tho, he doesn't help hillary by losing his # and yelling at everyone at her rally.

originally posted by: kruphix
a reply to: carewemust


Understood. But he started helping and they plummeted. Obama should have stayed on the golf course.

posted on Nov, 5 2016 @ 04:56 AM
link
Obama's credibility and false promises of change will drag down Hilary on polling day! It's interesting that Hilary hasn't really promised any change because she knows that folk have heard that one from Mr NO CHANGE OR DRAMA OBAMA. That should tell any average individual to drop HC like a concrete block.

When she ran for POTUS against OBAMA I was in favour of her becoming POTUS but now think she MUST not! I'm a brit and we are all in trouble if HC gets elected!

But, I feel that we all can agree that EVERYONE hates Obama. 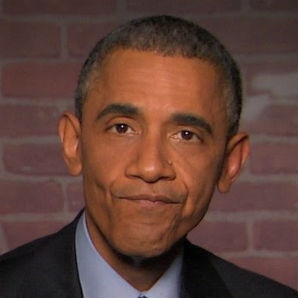