Landslide Victories. What They Are, Who Won Them and When.

posted on Nov, 4 2016 @ 09:56 AM
link
I've seen the term "Landslide" thrown around here on ATS for the current 2016 election. I've seen it used by both supporters of Hillary and supporters of Trump, both claiming that their candidate will win in a "landslide" come this Tuesday on November 8th.

So what constitutes a "landslide" ? What is it exactly? When was the last presidential election where the candidate won by a "landslide" ? Are we talking Popular Vote or Electoral Votes?

So off to the Internets I went and here is some of the interesting information I found. I hope some of you find it as interesting too.

First: What is a "landslide" for elections?

As defined by wikipedia, a "landslide" victory is:

A landslide victory is an electoral victory in a political system, when one candidate or party receives an overwhelming majority of the votes or seats in the elected body, thus all but utterly eliminating the opponents. The winning party has reached more voters than usual, and a landslide victory is often seen in hindsight as a turning point in people's views on political matters.

Okay, well it certainly answered another question, which was are we talking about Popular Vote or Electoral Vote? And the above definition defines it as the Electoral Vote.

Still, the phrase "receives an overwhelming majority" is kind of vague for me. I mean I could say that if a candidate received 300 electoral votes, that is 30 more than needed, and certainly is a majority.

So we need some examples here of what wikipedia considers "overwhelming majority", and list them they did:

Landslide Victories for the United States.

Look at the list, we see 17 elections listed out of the 57 we have had (the 2016 election is our 58th). This means that the majority of the time, presidential candidates that win do not win by a "landslide" election.

The first one listed was the election of 1804 with Thomas Jefferson vs. Charles Pinckney where Jefferson took 92% (162 votes) of the electoral vote (back then there were only 176 electoral votes to get due to there only being 20 actual states existing at the time).

The largest landslide recorded so far was the election of 1936 with Franklin D. Roosevelt vs. Alf Landon. Roosevelt took 98.5 percent of the electoral vote in that election. Here is a map that shows that: 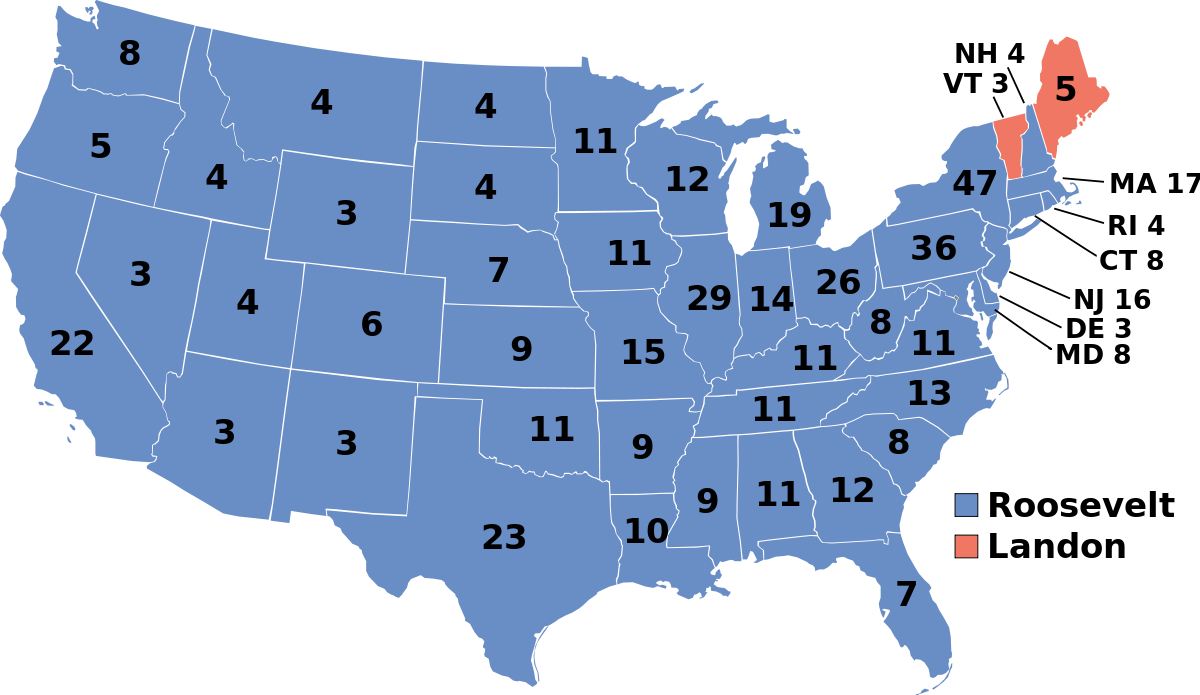 The second highest "landslide" victory that any presidential candidate has won, is also the last time we have had a "landslide" victory for any candidate, and that was the election of 1984 with Ronald Reagan vs. Walter Mondale. Reagan won 97.6% of the electoral votes. Here is a map for that election: 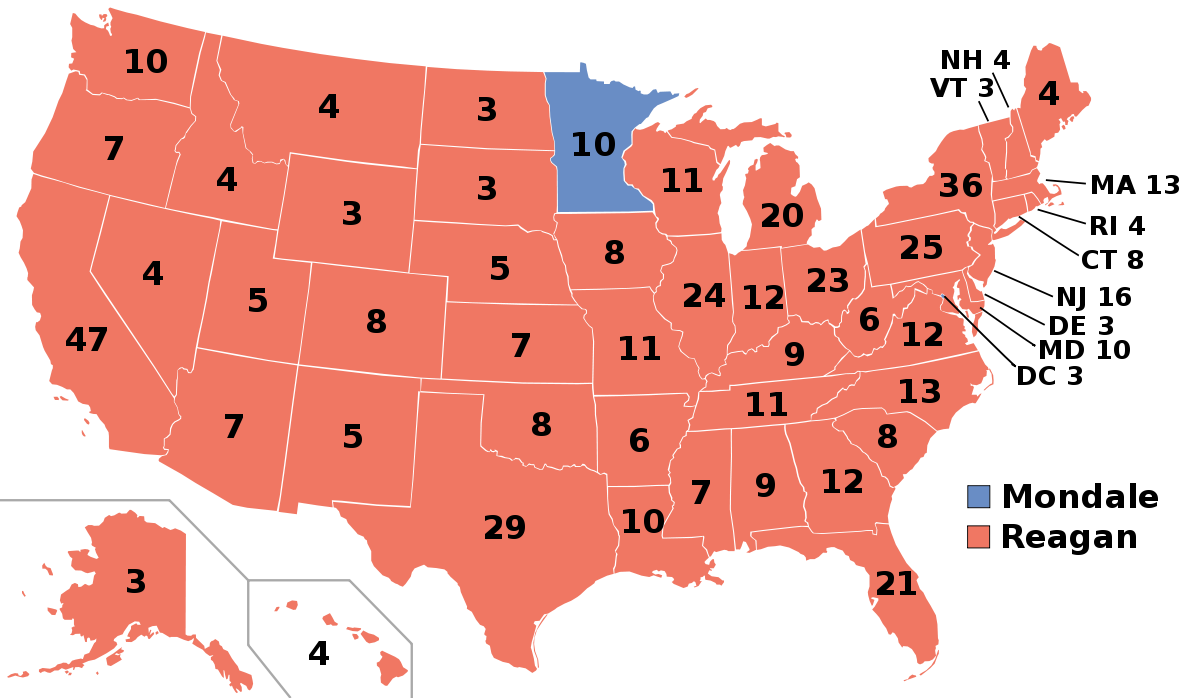 Again, this election has a huge different with the popular vote. Reagan won with a popular vote of only 58.8%

So it has been 32 years since any presidential candidate has won by a "landslide" according to wikipedia.

So "landslide" elections are actually quite rare compared to most elections. I'd be unwilling to throw that term out when talking about any candidate.

As a interesting side note, I invite you to take a look at the US Presidential Election of 1912

It was the last election where a non-Republican and non-Democrat was listed as having taken a good percentage of both the popular vote and the electoral vote. Here's the list and map: 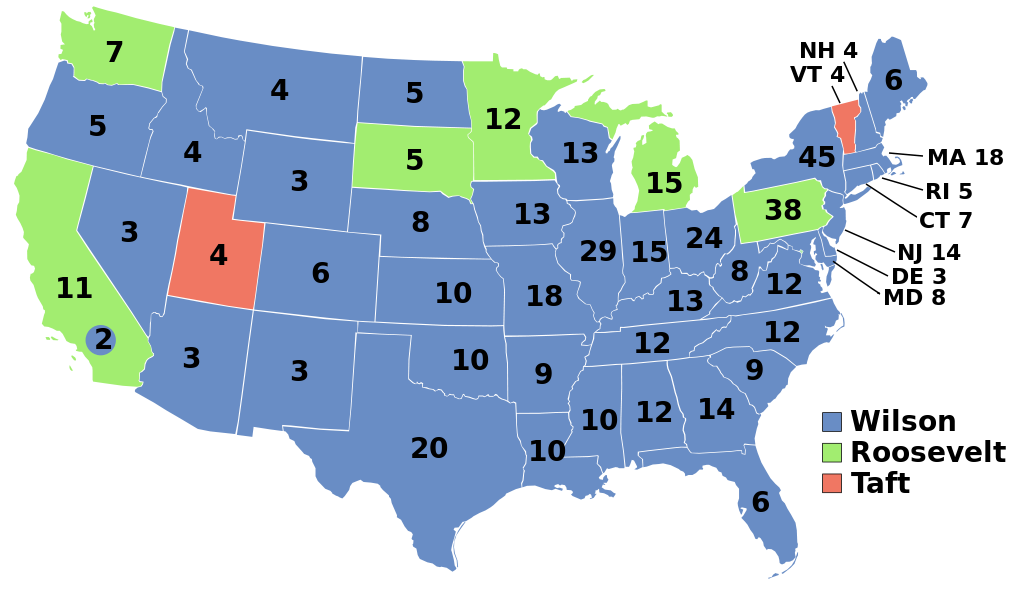 Some really great information Erik! I think a lot of people seem to forget (or perhaps never knew) what it takes to actually proclaim a landslide victory.


Honestly, I knew FDR was a popular vote, I just didn't know THAT popular. Which brings a funny recollection to mind, at least for me. Everytime I hear Alf Landon, I remember a Honeymooners episode where Alice wants to recapture their youth by Roller Skating and Ralph replies with "Lets face it Alice, our youth has passed...we left roller skating when Alf Landon stopped being presidential timber!"


At any rate, thanks for posting this...maybe some will gain some perspective.

I think one of the most ironic landslide victories was Nixon's in 1972: 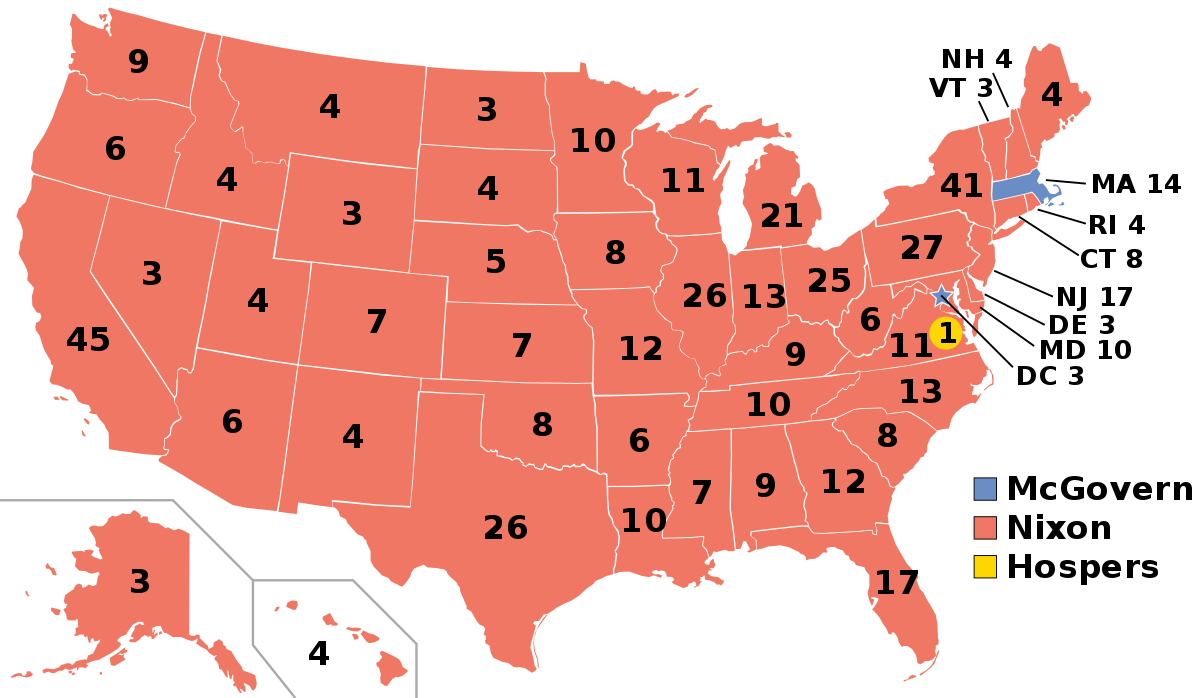 I think one of the most ironic landslide victories was Nixon's in 1972:


Regretfully, yes we do know how that ended. If we stop and look at the Presidential landscape today, Nixon was a saint...I'm not sure I find it as ironic though, Nixon was a fantastic speaker, a great foreign relations guy (though not sure if that's a plus or a minus to be honest lol), and he oozed sincerity (during his campaign)...


It's kind of a shame though, knowing what we know NOW, about the end result of reaganomics and NAFTA. At least the (still) on-going effects of what that downhill snowball started.

On a side note, I would be interested to know what elections existed where the presidential nominee won the popular vote but did not win the electoral college vote. Nevermind, I looked it up on wikilink

posted on Nov, 4 2016 @ 11:05 AM
link
Landslide is definitely overused.
The closest to a landslide in recent elections is Reagan in 1984 with a 17 percent victory.
Obama had a 9 percent win in 2008 but still short of double digits.