The Journal of the IAUAPR exists to provide peer review and publication for all aspects of UAP research and related topics. Subjects of interest include but are not limited to submissions related to "Earth Lights", "Anomalous Light Phenomena", Light Phenomena possibly related to seismic or volcanic processes, earthquake lights, transient light phenomena, rare lightening, and other varieties of Unidentified Aerial Phenomena including reported lights and objects, subjects related to any of these ideas including research and studies addressing possible causes, mechanisms or other explanatory research, studies involving the so-called "Extraterrestrial Hypothesis", the evolution and migration of space-faring civilizations, Extraterrestrial Intelligence, etc.

According to Roe and Lukes, a dedicated UAP/UFO journal with peer-reviewed articles has been missing in the past despite the many academic works that have been published in other journals (eg. Aeronautics and Astronautics, American Journal of Physics, Icarus etc.). A call for research papers has already been published and authors can submit their works to the editorial staff of IAUAPR. Apart from that, the association will also provide networking and collaboration opportunities, organize events (e.g. an annual conference) and offer expert analysis to the international UAP research community.


Here go some images of aerial phenomena referenced by IAUAPR: 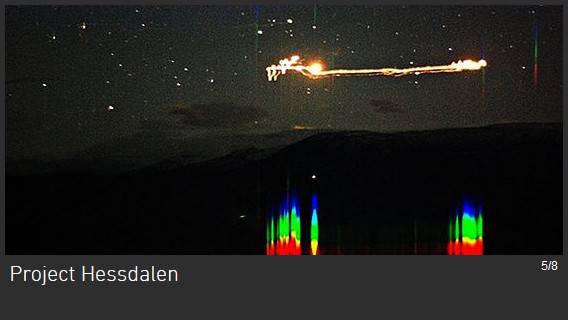 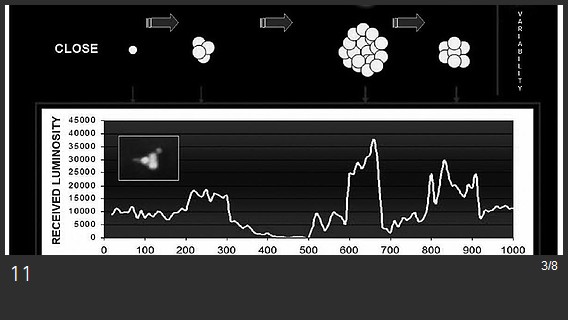 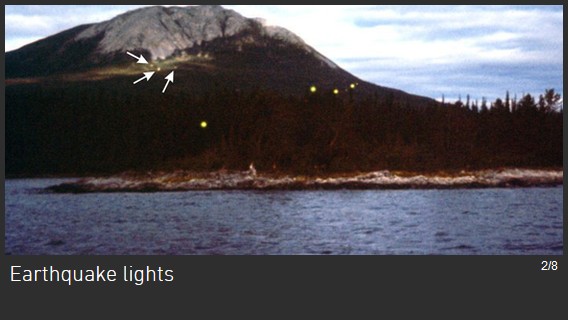 Personally, I think this initiative could indeed help UFO/UAP research establish itself as a reputable scientific discipline with international recognition. However, I think the main question is whether or not the platform can gain traction with a considerable amount of quality articles and sustain an ongoing interest in the scientific exploration of the subject. Time will tell, but it's probably worth keeping an eye on the development of this initiative!

Finally, here's a short clip with Ted Roe and his thoughts on UAP and strange aerial phenomena (the video is in English, despite the French title):

Thanks for reading up to here and feel free to chime in with your thoughts and comments!

posted on Nov, 3 2016 @ 05:02 PM
link
Personally I don't know how far they will be allowed to get, these type of organizations have been around since the 1950s. Most were infiltrated by agents of all types or founded by agents. Eventually the people working in those journals are harassed and gangstalked until they comply, most such journals fall apart after a while.

I remember back in the late 90s early 2000s there was a widespread fascination with UFOs, Aliens, the paranormal. Then starting about 2011, when I started posting here on ATS, the organized stalking escalated. Nearly all the people I used to trust in the UFO field were found to be agents, and stalkers themselves, like Art Bell, his guests, and even his callers. It wasn't just Art Bell, at the time it seemed like EVERYONE was an agent, a spy, every talk show host, became a gangstalker, and nearly every caller to the talk shows also seemed to be an agent. I remember many people on the "old internet" turned against myself and others almost instantaneously indicating that they were agents all along. I remember how groups of people were shipped out of cities and moved into other cities.

This isn't the first time this has happened, in the early 50s when UFO sightings were widespread, "they" also began a campaign of organized stalking but, it was hidden behind the veil of routing out communists, then they had 20 years of supposed societal unrest, and then again in the 80s there was also hints of gangstalking, then the 90s and then again around 2008-2016.

What makes the difference is that we have access to all types of data gathering technology. Especially passive radar, hyperspectral sensing, high definition cameras etc. Which can allow us to detect objects which have performance parameters far above all publicly known craft, for example extremely high rates of acceleration that would break most air frames, sharp 90 degree turns at thousands of miles per hour without slowing down, going from hover to 1000s of mph in under 1 second with no sonic boom. These are signatures of possible Alien Craft.

As one can see what the government, corporations, secret societies think is quickly becoming irrelevant. The reason I say this is because the technology to get off planet may come within the reach of the average person using the Biefeld-Brown Effect:

Or at the very least one can use this effect to achieve near orbital velocity, without the use of expensive and complex rocket systems.

Another reason is that we are closer than ever to true quantum gravity, it appears that the physics of the last 70 years has been fundamentally flawed. Most scientists won't or can't admit it (most of them work for the system) but, you can prove it mathematically, at least for simply theories.

Once this problem is solved then, it may allow for the construction of devices that allow travel without using spacecraft.

Since much of this research is done outside of mainstream science, there is the tendency to simply dismiss it as crackpot theories, with flaws everywhere, in method, reasoning, data, etc. So the standards of evidence and checking the evidence must be very high, to the point that it can withstand the scrutiny of the mainstream scientists.

The organized stalkers will be back in about 20 years, around 2036. The power elite will create or manipulate some world event to start "the conservative-religious cycle" again and once again they will harass Ufologists, eccentrics, artists, scientists, etc. They will spy on everyone and harass everyone and murder millions.

So be careful, this period we are entering is just a cycle, and most people are simply playing a part, they are like actors. Don't trust anyone.
edit on 3-11-2016 by deloprator20000 because: (no reason given)

originally posted by: deloprator20000
Personally I don't know how far they will be allowed to get, these type of organizations have been around since the 1950s. Most were infiltrated by agents of all types or founded by agents. Eventually the people working in those journals are harassed and gangstalked until they comply, most such journals fall apart after a while.

I think it's the first-ever attempt to establish a journal with peer-reviewed articles dedicated exclusively to unidentified aerial phenomena. But it's a long way from announcing something like this to actually gaining a reputation, I do hope they accomplish their goals, though.

It's also interesting you mentioned the Biefeld-Brown effect, I always loved reading about T.T. Browns flying capacitors powered by extreme voltages. Not sure if his concept was suitable for real aerial propulsion in its original configuration but I might need to read up on that again...

Hello jeep3r, I like Ted Roe and think he's a good guy with a sincere commitment to studying UFO experiences and incidents. He's certainly been at it for a long, long time and knows the scene well. I had a few interactions with him a few years ago and vouch for his enthusiasm and willingness to try and make a difference.

Personally, I've been at the point of Phil Klass' Curse for some years. It's each to their own and everyone approaches the phenomena in their own way. Here's the curse; you'll have to imagine the evil laughter - Monarch's shrill laugh from Venture Bros works well:

There have been other academic journals in pursuit of the reported phenomena with International UFO Reporter being one of the best. Another one, Journal of Scientific Exploration has been publishing great articles by some of the well known academics in the field. They went behind a pay wall 3-4 years ago and still offer a few free PDFs to download. The wonderful Michael Swords, Jacques Vallee, 'Tommy' Bullard, Jerome Clark and Peter Sturrock have all contributed to these journals.

There have been practically a baker's dozen of journals since the mid-1950s that featured genuine scientists and Arts PhDs. This is why I mentioned the Klass Curse. Many a bright mind has thrown themselves against the 'phenomena' and many have come away poorer for trying. That isn't to suggest everyone should pack up their studies and go home. It's the way that's worked for me and I no longer expect progress to be made. Sure, I've gleaned some insights which I feel are novel and original and I mostly keep them to myself because nobody is ever *right.* They leak out here and there

I applaud all those who intend to carry on in search of the answers and men like Ted Roe are amongst the best of them. It's still good to sometimes talk with others who remain on the path and it's an interest that never really goes away. Like the measles virus, the infected never truly recover and that certainly applies to me.

You listed some great resources.
JSE is one i used to follow a lot.

There is only one way to break past the barrier of the reflexive self. But almost nobody is willing to do it.

Personally, I've been at the point of Phil Klass' Curse for some years. It's each to their own and everyone approaches the phenomena in their own way. Here's the curse; you'll have to imagine the evil laughter - Monarch's shrill laugh from Venture Bros works well

Phil Klass might have been overly pessimistic with his UFO Curse and I'm sure he'll be proven wrong, sooner or later!

I understand, though, that the phenomenon made lots of researchers believe they're moving in circles, without really getting to the bottom of it. Add in the ridicule that surrounded the topic since the early says of UFO sightings and it's easy to imagine the frustration involved. Not to mention the obvious disinfo campaigns launched to protect potential cold-war secrets or something else that's not to be disclosed.

Perhaps IAUAPR can make a difference, perhaps not. But we better hope they secured the required funding to get past the roll-out phase.