posted on Oct, 25 2016 @ 02:39 PM
link
So I just watched the Trump Speech from the Al Smith white-tie charity dinner thing. Where Trump and Clinton both gave speeches...

While some of Donald's recited/read aloud jokes made me laugh (especially where she bumped into him and politely said, "pardon me".....), his delivery was disastrous. He clearly had not read the 'speech' or rehearsed the delivery at all --- a cold reading of a minion's speech. (That's how it came across. But anyway -- there were a couple of zingers in it....so kudos to the joke writer, hope you got paid!) 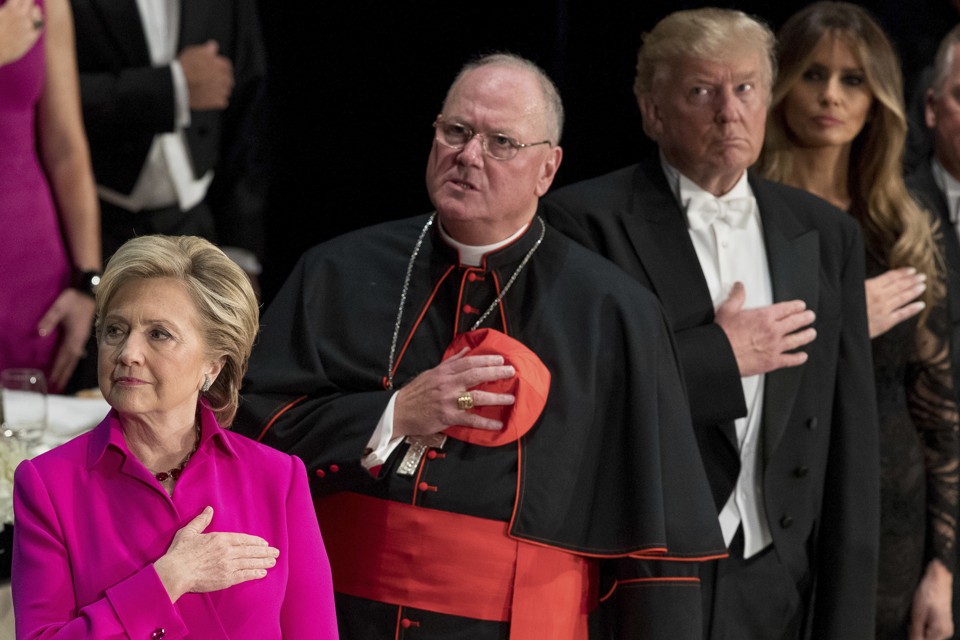 The photo above was splashed on The Atlantic mag site. The video (from Global News) indicated that yes, to the right of the screen Hillary is seated next to the Cardinal.

Yes, they were all standing for whatever reason. Doesn't matter. I don't know if Donald was actually seated on the other side of the Cardinal or not. But I do notice in that photo, that the Cardinal in red and Hillary in a 'Scarlet' (I call it fuschia) suit, while Trump and Melania were behind them in grey and black and white........I think it was photoshopped. "shopped"

But whether or not it was shopped, it is an image rife with divisiveness. She and the Cardinal as the reps of the upstanding righteous? And He and Melania as the villains?

It's -- in my opinion -- political trolling and baiting. Yet I see it on the cover of a magazine I respect. Sigh. Is there no decent, professional media anywhere at all? Or are we really living Episode One of the Hunger Games?

My inner circle is feeling this stress; so am I. So are many of you all.

So - this is just another effort on my part to calm us all down a little bit. Let's just all sit back and watch as this unfolds in front of us. Many here claim that voting does nothing and is just an empty gesture toward us peons to assuage our powerlessness.......others want to vote third party or write-in a word or name or leave it blank altogether.

I've been instructed on how 3rd party votes work - yes, both Stein and Johnson are on the ticket...but they are way, way, way way far out there in terms of having a solid audience. I've seen Johnson's 'interviews' - and I'm afraid he leaves even more to be desired than does Trump! Stein appears to be equally ill-prepared, and while I love her rhetoric, she's too much of a Dylan and Joplin and The Grateful Dead type for my taste.

Bernie was the man. He was speaking my language, and there is no other candidate that even comes close to him. So I guess Clinton will have to do for now.

(Don't know about all of you, but I really would prefer to stay where we are than to have World War Three or The American Civil War Redux.) (If you don't mind.) (I just don't want anymore of the violence.)

So - not sure if I'll follow this ramble or not, but wanted to post it. Do you think that the color scheme and figural composition of that photo is manipulated? And if so, what does it say to you symbollically?

I found it rather alarming.
And also, who's the dame dressed in Hillary's same color pictured just above her head?

Who was that woman in the red dress and gold/diamond bling with all the cleavage and the white gloves and glasses and 'texting' things???

This is our best?
No wonder so many of us are depressed, confrontational, defensive, insecure, frustrated, bewildered, angry, and anxious. 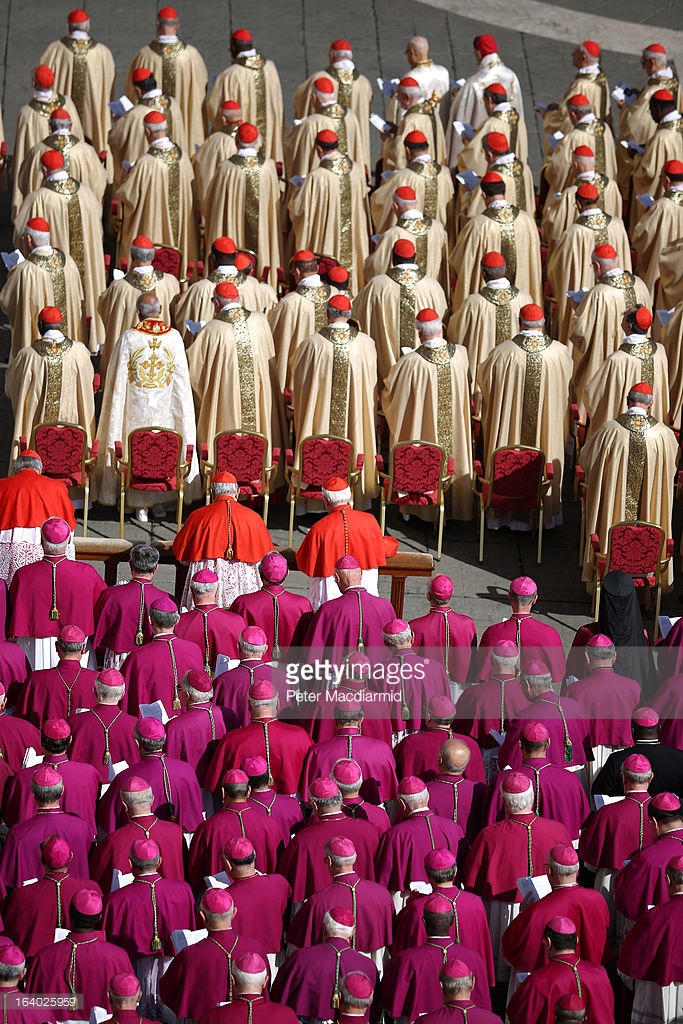 I'm just saying....the colors. And how she wore all white at the 3rd debate.

Weird visual manipulation of our emotions and thoughts. I don't like it. Journalism is not supposed to be stylized reality.

Just show us the dang pictures you shot with your phone just now. Like in real life.

The organization itself???? Not so much for their "pastoral behavior" -----

eccentric at best, fiendish at worst

Oh wait - the dinner was sponsored by (OR RATHER: was a fundraiser for) the RCC. And they made 6 million or something on it. All the richest of the rich in their richest outfits and richest carriages and horses with feathery hats on their heads and glittery jets and white gloves and fantastic phones and hairdos and makeup!!

And Trump pooped on their party.
Such a debacle. A 'let's shake hands and make up' session gone horribly awry.

Alert it and have the mods delete it. It's more about art depicting life than it is about politics anyway. Art. You know - costume, composition, colors, symbology......

Lol, sorry didn't mean it in an angry way, more of a giving you some # kind of way

whew!!! OKAY....thanks. I was a bit surprised at the sudden frothing!!

I'm talking about public speaking, and photographic art, symbolism as expressed with color and image positioning, the Catholic Church having a 'charity dinner' and their color scheme being replicated in a photo on the cover of The Atlantic.

turn on the ole noggin switch and compare and contrast to the 2016 election.

And you're the one getting stars!!!


LOL!!!
Well-played. I'm not sure the people who starred you were thinking like we were, though.
Not at all sure.

originally posted by: BuzzyWigs
So I just watched the Trump Speech from the Al Smith white-tie charity dinner thing. Where Trump and Clinton both gave speeches...

While some of Donald's recited/read aloud jokes made me laugh (especially where she bumped into him and politely said, "pardon me".....), his delivery was disastrous. He clearly had not read the 'speech' or rehearsed the delivery at all --- a cold reading of a minion's speech. (That's how it came across. But anyway -- there were a couple of zingers in it....so kudos to the joke writer, hope you got paid!)

Just to note Mandela Effect, People don't know our heart has moved from the left side to the middle ish.
OLD (they think it is still here) 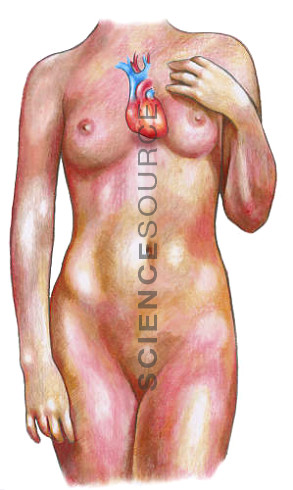 FOX News is not the only 'channel' out there. If the visual artistry is really beyond your skill-set, please do look it up. Having the exact same colors was not a coinkydink. It is a clear pandering to the RCC voters who watched the dinner.

It says "Vote for Hillary, 'God' is the subject at which she seems to gaze just as does the Cardinal behind her, and their backs are to Trump and his wife, who are easily recognized as "devils dressed in black and white and grey" by the Super-Catholic crowd.

If you can't see that, then I suggest some art appreciation instruction. I'm sure there are lots of youtubes that can help you learn about it. Color, positioning, shadows......all of that.

I was married to a tortured artist for a while - he taught me a lot about 'art' and the visual composition of it for evincing the emotional response desired by the artist.

I'm not just blowing smoke....it's artistic/visual composition. And it's what we have been reduced to as a public of consumers. And it troubles me.
But I can't look away....!!!!

The photo 'triggered' a meme of the Roman Catholic Church in my mind. That's how color affects people...it's a science.


This is our best? No wonder so many of us are depressed, confrontational, defensive, insecure, frustrated, bewildered, angry, and anxious.


Yep, I'ts actually the correct response---No amount of gratitude list, prayer, psych med, counseling, working the steps, working with others will relieve it. Dethroning all of them and paying every civilian on the planet $23.9 million for Physical Psychological and Spiritual damages is a real good start. Sorry, there will be no other way. Well of course its not practical but neither is a $220.00 fine for driving with an electronic device in your hand-No i was not texting--I was shutting off the beeping sound.

paying every civilian on the planet $23.9 million for Physical Psychological and Spiritual damages is a real good start

Yes. THAT 2016.
Or rather, 2017. I guess.
That's when it's predicted that we will have android robots patroling our streets as cops next year. I mean, I know we're not far from Idiocracy now ---- but at least in that depiction the cops and prison guards are still human.

Can I offer you some Brawndo?

Again. I AM NOT RELIGIOUS. But there is a place for the outreach to those who have trouble remembering the thing.

That we need to get along. Treat each other right.

Sorry for the off-topic-seeming post, but in my brain they are connected in a psyop.

originally posted by: BuzzyWigs
a reply to: superluminal11

And,,, With all this talk about manipulation and subliminal stuff you might need some
"Extreme Justice" and "remediation" too

posted on Oct, 25 2016 @ 03:57 PM
link
Combine the televised speech, the set and characters, the delivery and lighting. Combine into that all the other things with which we have been bombarded for the last 18 months......nay ----- four YEARS.