Please spare us from the usual crap, ok?

Also remember folks, you cannot link wikileaks directly, even our little trick of using the identifying portion of the email is not acceptable. You must find the relevant email quoted elsewhere and link to that; twitter or some other news site links are acceptable. If there is one you are wanting to discuss but cannot find it linked elsewhere, let me know via PM and I will try and find a source. 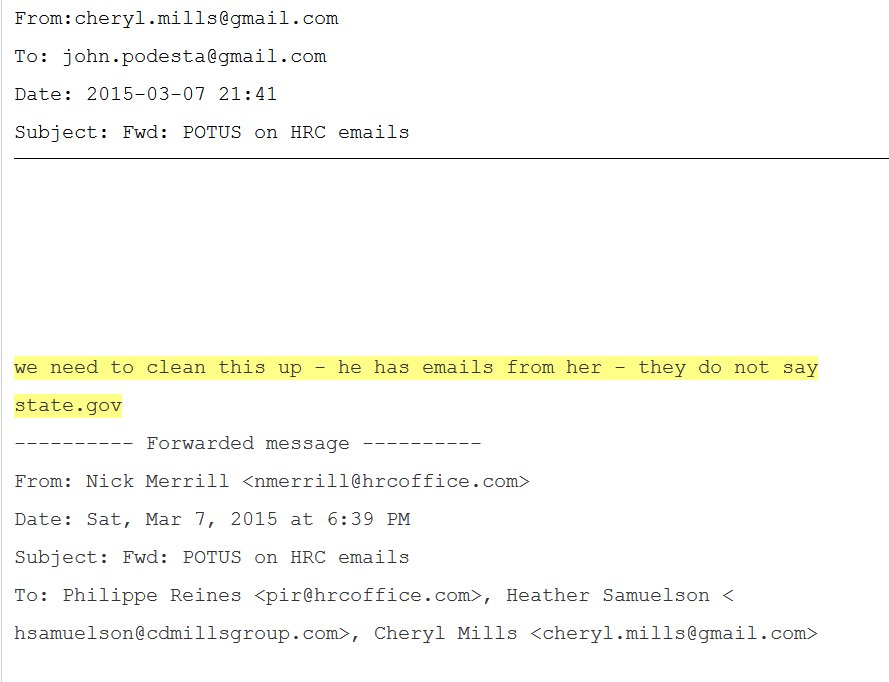 originally posted by: ColdWisdom
And I wonder who they could be referring to in this email.

Well, considering this is the email to which yours is the response:

I'd say it's pretty obvious to whom they are referring.

And just when did stonetear make his reddit posts?

posted on Oct, 25 2016 @ 09:38 AM
link
Thank-you! These continual releases are like waves washing over Clinton's sand kingdom at the beach. It's eroding away bit by bit. The MainStream Media is no longer ignoring the patterns that these Wikileaked releases are uncovering.

We need to clean this up?? Sounds like intent to me...

originally posted by: ColdWisdom
And I wonder who they could be referring to in this email.

I would not be surprised to find out it was in reference to Seth Rich!

Well, considering this is the email to which yours is the response:

I'd say it's pretty obvious to whom they are referring.

And just when did stonetear make his reddit posts? 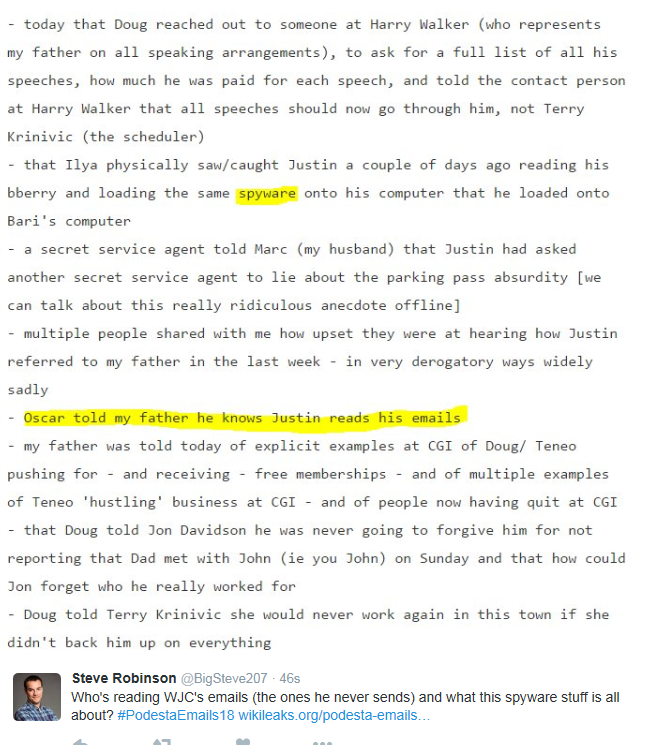 The posts, made on July 23, 2014, ask how to alter the contents of a “VERY VIP” person’s emails to strip out the “VIP” email address. On July 22, just one day prior to the post, the Benghazi Committee and State Department agreed on the production of such emails, according to the FBI.

Combetta is best known as the man who deleted emails from Clinton’s private server in 2015 after the House Select Committee on Benghazi issued a subpoena for records relating to the 2012 Benghazi attack.

The Clinton presidential campaign has said that Combetta, who was employed by Platte River Network to administer the server, acted on his own. The wording of this post suggests that, for significant alterations at least, orders may have come from the Clinton camp. 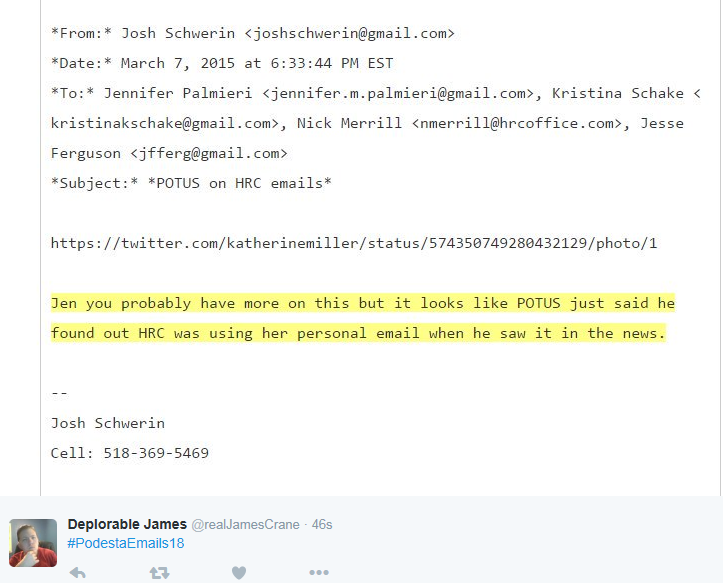 The Clintons have paid “hundreds of thousands of dollars” to cover the legal bills for a Bill Clinton aide who sits at the center of the FBI’s investigation into Hillary Clinton’s private email server.

Cooper registered clintonemail.com in his own name on Jan. 13, 2009. That email domain is the same one Hillary Clinton exclusively used to send work-related emails as secretary of state. Emails sent on that account were stored on a server that the Clintons kept at their personal residence in New York.

posted on Oct, 25 2016 @ 10:07 AM
link
Outstanding Gentleman, with this and some other interesting info, it has made my morning.

originally posted by: Martin75
Who is Justin and what kind of spyware did he get caught loading? Makes you wonder if Seth Rich got caught also...

posted on Oct, 25 2016 @ 10:25 AM
link
More concerns surrounding Clinton Foundation, check out ALL the names included in this email chain... there is also an attachment that I couldn't open.. perhaps someone ca take a peek?

> On Tue, Dec 6, 2011 at 2:34 AM, wrote: > > John, Bruce, Terry, Victoria, Jennifer - fyi re: below. I've asked that > it make my father's clips (it wld historically not as I understand it). > > On another note, I was in London Sunday and did a Foundation event > Sunday evening and two people separately voiced concerns directly to me > about Teneo, neither of whom I know well (one of whom is a friend of one of > Marc's old colleagues, ie we know only tangentially) and Sara Latham (whom > Victoria and Jennifer, I do know well - she worked for my Dad in the WH and > lives in London) voiced serious concerns to Bari - including telling her > Ilya has called Members of the House and Members of Parliament, "on behalf > of President Clinton," for Teneo clients (eg for Andrew Liveris and Dow > who's coming this month to London), without my father's knowledge and > inelegantly and ineffectually at best and at worse has now precipitating > people in London making comparisons between my father and Tony Blair's > profit motivations. Which would horrify my father. Sara also told Bari she > started working for Teneo, as Teneo, more than a year ago and then recently > stopped because she was so upset, partly because of what Doug and Declan > asked her to do/ pretend was happening for their clients at Davos- that's > all I know. I am hoping to connect directly with Sara this week, if only to > connect her belatedly into Victoria and Jennifer. > > I'm speaking at an innovations in governance conference today here in > Oxford and flying back later this afternoon. I will raise all of this and > more with my father this evening. Wanted to update you all in the meanwhile > about my augmented concerns post London and the below. Thank you. > > Chelsea