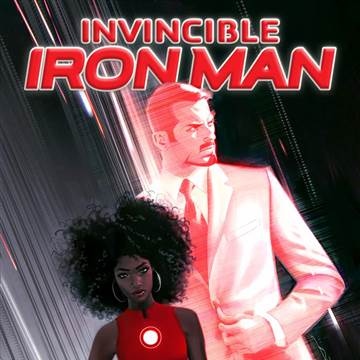 I don't know that the absurdities of all this 'SJW stuff' could be much more blatantly obscene. This has to be satire, right? Nope, Marvel actually went and in the main comic book run of "Iron Man" Tony Stark's role has been replaced by a teenage black girl.

There’s a new Iron Man. Well, Iron Man for now. She’s still working on the name. The events at the end of the comic-book event series Civil War II will result in Tony Stark stepping out of the Iron Man suit and a new character, Riri Williams, taking over, Marvel tells TIME. (Note: Tony’s departure doesn’t mean you know the end to Civil War II yet.) time.com...

Now before you go getting your _______ in a wad, this isn't complaint about there being females, or blacks, in comic books.

The big thing here to underscore is that this isn't merely a new 'Iron Girl' (er "Ironheart") series. It's replacing the primary protagonist in the main Iron MAN book series with a teenage girl.

Considering the primarily male demographic that are even in to comic books, business wise this decision by Marvel doesn't make any sense.

And it's not like this is some minor character. I need not even explain beyond four words: multi billion box office.

While it's not like there's ever been a shortage of female comic book characters (plenty of which have hosted 'their own' publishing runs). Names (just that include gender ID's alone) include: Wonder Woman, Supergirl, She-Ra, Catwomen, Wonder Girl, Spider-Woman, Bat Woman, Lady Mastermind, Invisible Woman, Lady Deathstrike, Catgirl, She-Hulk, Hawk Girl, Madame Hydra and Queen Bee. Adding in major Super Heroine characters the list most likely goes far beyond the percentage over male main characters when compared to actual readership demographics. Not to mention there is a good chance of minor plus 'ordinary' characters in any given book being roughly equal to the real world. 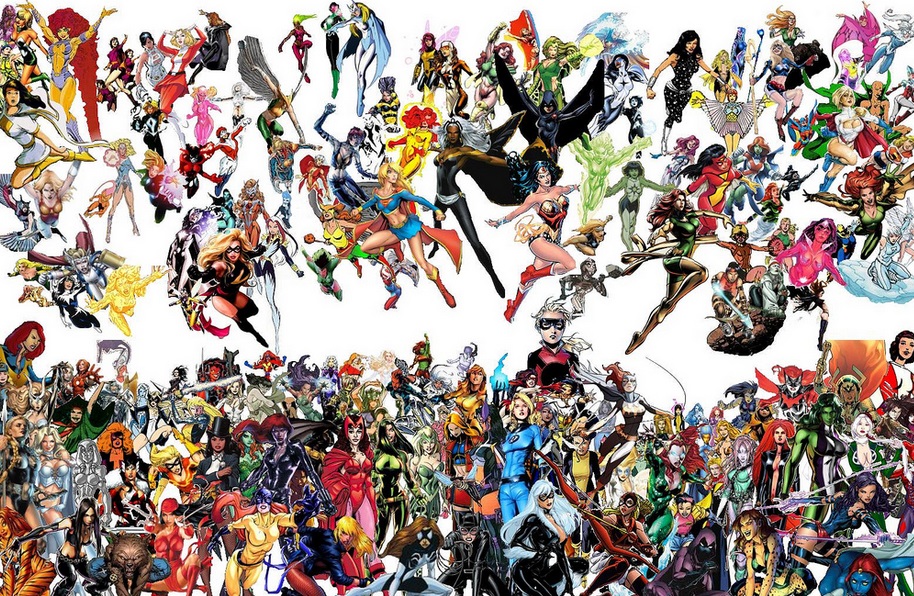 So it's not like Marvel was desperate to save face. Their top tier X-Men franchise has long been friendly to both females and multi-ethnic characters.

I'm not sure what Marvel's "Civil War 2" run is all about, but it sure is interesting that Iron Man becoming Iron Teenage Girl is a fallout from it, while the very PC Extremist ideology that pushes this kind of stuff is already showing the signs of a literal civil war in the real world. This goes for both here in the US and in the EU, the two most multicultural promoting places in the history of the known universe.

For added fun this truth stranger than comic book science fiction tale, there is an weird history of Marvel being a US government et al etc propaganda front you shouldn't have too hard of a time looking up.

And on that note, way to stick it to the "Patriarchy", Marvel CEO Isaac Perlmutter.
edit on 25-10-2016 by IgnoranceIsntBlisss because: (no reason given)

posted on Oct, 25 2016 @ 07:01 AM
link
Tony Stark shouldve been a black person by default when they first started the comic then. I'm just so exhausted of this skin color issue.

Peel back anyone's skin and you see the same thing in everyone. People who can't see the forest for the trees.

Let's pretend for 5 minutes that comic writers and artists haven't been doing the alternate universe, alternate time line, what if so and so had so and so's _______ for... well, how long exactly have comic book superheroes been around exactly?

How many Robins have there been? Superman was black for a while... in the 90's! Pre-SJW! OMG!

Wasn't the whole epic tears of injustice and white-male scorned gamer gate bitchery all supposedly about the creative freedoms of writers and artists? What's that? Irony?

Now writers can't change their own intellectual and copy writ property and do what they want with them?

PC PC PC!!! Everyone has to be PC now so they can get all the points they want and they were looking out for the poor oppressed minority group.

Poor poor minorities... They get absolutely no respect... Nothing has been done for those groups. /sarcasm.

posted on Oct, 25 2016 @ 07:20 AM
link
It's hilarious that you people have already made this about the race card when I merely mention the word black 3 times from title to finish.

She's not iron man and it's not changing what happened was a tie in with the black panther. At least read the comics before you rant. After Rhodes death starks long time friend. In thr comic he dies in thr movie he is paralyzed. Causes Tony to go off thr rails going after in humans. Hard to say he's a good guy in this series sonce he obviously looses it. Bit not to write out thr entire story thr girl isn't iron man but does assist him.

Oh, and Marvel is phasing out the X-comics.

There is a movement in popular media that always seems to see black and ethnic minorities and females/lgbts as more worthy than swms. You don't have to buy into it though, read a different comic, or just give up on them altogether if they wind you up so much.

When you get right down to it, it's a comic book. Some people invest too much of themselves into such things and it always ends in tears at reboots and stuff.

watchitburn
+2 more
posted on Oct, 25 2016 @ 07:35 AM
link
Why do they have to change characters that are loved and have been around for decades?

Why can't they just come out with NEW heroes and heroines that can build a following on their own merits?

posted on Oct, 25 2016 @ 07:38 AM
link
I'm not shocked, Marvel knows they have a few cash cows, and I'm sure they'll milk it whichever way they can. If that means changing drastically the direction in which Iron Man goes (Having a young woman replace him *note they haven't chosen a new name for her YET*) then so be it. There will be new Halloween costumes, new posters, merchandise, etc....

Good for Marvel if it goes over well.

My dear friend Kali, please be more sensitive to the snowflakes. Apparently they thought that comics were their safe space so they're having a midlife crisis over the new storylines. If we're too honest or upfront w/them, it'll just hurt their precious little feelings.

You forgot to mention that Dr. Doom will also be Iron Man during your little SJW whine fest
io9.gizmodo.com...

Because it would just be weird to refer to her as a man if she's trying to be feminine. Or is obviously a girl without even trying to be a man. Or manly in any way.

And as a comic book fan you should know that no change in comics is permanent.

Drink some decaff and go for a walk. There are far, far worse things in the world that deserve a rant than this.

Because it would just be weird to refer to her as a man if she's trying to be feminine. Or is obviously a girl without even trying to be a man. Or manly in any way.

Not if she "identifies" as a man. A middle aged white man.