Certainly not kids / Children. So, a minor oversight by TPTB, another backdoor mistake or just blatant couldn't give a toss? 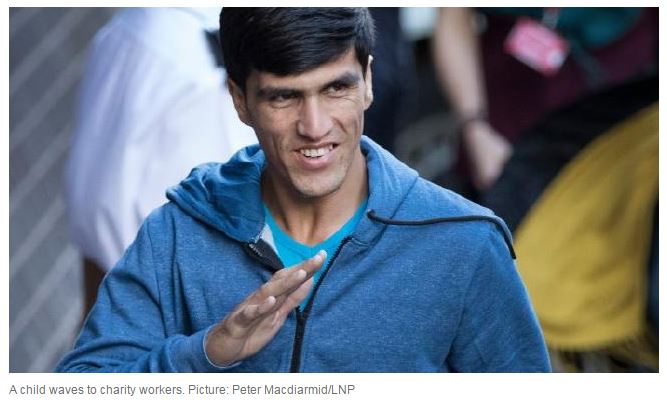 AID workers in Calais say migrant adults in the Jungle Camp are pretending to be children to get into Britain while vulnerable kids are being left behind.
They have blasted the procedures as a “shambles”, as Home Office officials admitted proper age checks have not been carried out, The Sun reports.
One aid worker told Mail Online: “It is a complete mess. Those at the front of the queue are not the most needy and vulnerable — they are adults pretending to be children.”

And Neha, a British volunteer working in a cafe for child migrants in the Jungle Camp, said: “I know there are vulnerable kids, kids with epilepsy, who are still here that have family in the UK they could be with right now. It’s a shambles.

“Children are not being told what they are queuing up for, they are not being given information, there is complete confusion.”
And Conservative MP David Davies tweeted: “These don’t look like ‘children’ to me. I hope British hospitality is not being abused.”

The boys — believed to be from Afghanistan, Iraq, Syria and Sudan — will be reunited with relatives already living in Britain.
Officials say the migrants have been interviewed and had their documents checked to establish they are under 18.

But the Home Office admitted routine medical tests, including checking dental records, which would confirm their claims beyond all reasonable doubt, were not carried out because it could be “intrusive”.

Instead the checks were just reportedly a screening process where they are effectively just checked to see if they look like children — and this age assessment is then signed off by a social worker.
edit on 24/10/2016 by Gemwolf because: Fixed link

posted on Oct, 24 2016 @ 12:48 AM
link
One big issue is that the Tories don't want to be seen as monsters or "break any human rights" because it paints them as the bad guy, so taking on a 'few kids' is better than watching that opinion poll drop anymore.

Its a horrible situation, a large % of these children and adults are coming from war torn areas, they have seen the worst humanity has to offer and they seek a better life. I can see why people are upset they haven't been let in.

I can also see the far right side of it all, struggling infrastructure taking on more when the government is doing nothing to really stop honest hard working families being forced into over priced privately rented accommodation and deeper into debt because the previous generation screwed them over for X Y and Z being told "Hey feel sorry for these kids" when some clearly are not children.

Your linked article has been deleted dude.

The one in the pic on your post looks early 20's to me and after 18 years working the doors I am good at.guessing ages...

Oh, I see. This nonsense again.

First of all, at least one of the most controversial shots, allegedly depicting a child refugee IS a picture of an adult...a translator at the camp, who works with the aid agencies to help them understand the situation on the ground there, and identify candidates for a ticket across the sea. Ergo, he is not either a child, nor being bought here under the banner of youth.

Given the tendency of the particular media enterprise which published this story first, to attach itself to whichever swastika covered bandwagon appears to be rocking through town the fastest, I have absolutely no desire to waste more time on the subject.

posted on Oct, 24 2016 @ 01:33 AM
link
I have no problem at all with refugees at all. I'm all for helping another human out 100% and always will be. However, for me, when I see this happening I can't help but think of hidden agendas somewhere? Something does not sit right.

It's like a recent boat load of starving refugees here in Australia. Do these look like starving war wrecked refugees to you?

or someone who just put there AK down a while ago? This stuff is happening everywhere. 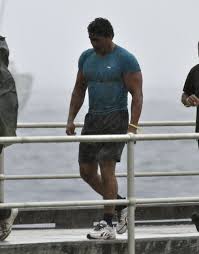 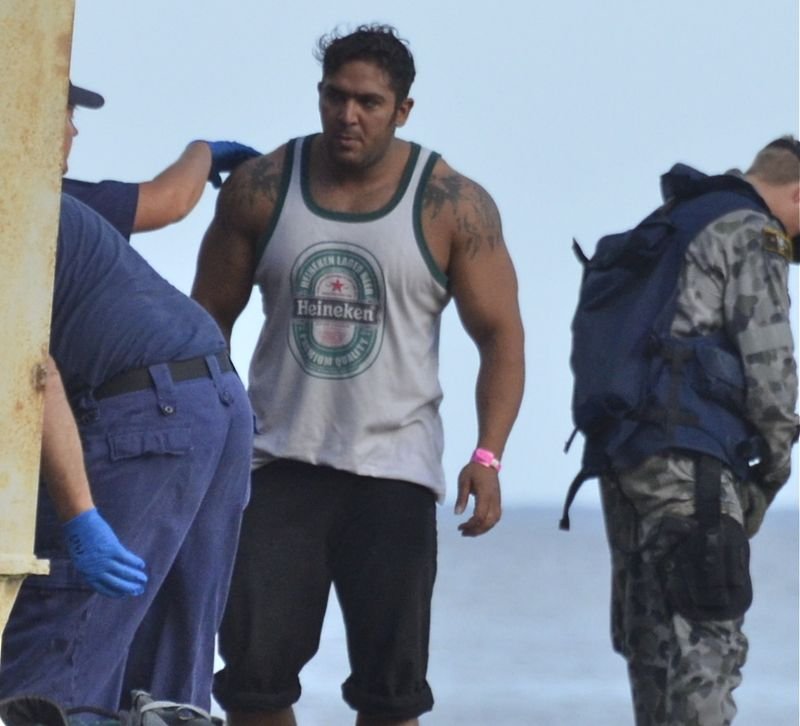 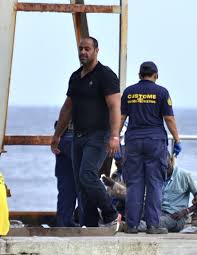 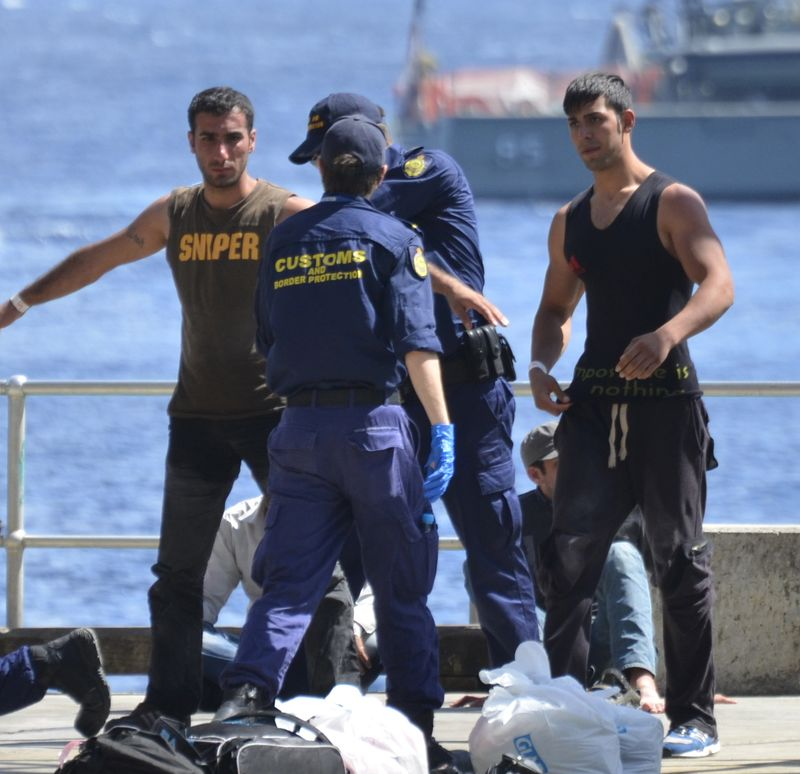 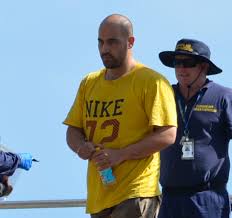 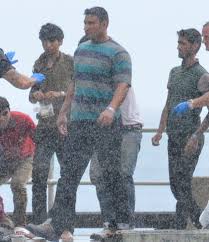 It seems highly likely that - in the absence of papers - some so-called children will lie their way into the UK. If you are a migrant who have travelled half the world then this last bit of dishonesty is immaterial.

The arrangement is part of a deal with the French to close the Calais migrant camp aka the Jungle. It's taken the French quite a lot of time to get off their arses, so let's see if they are actually successful and have a spine.

Anyway, lying about your age is rife. Look to the Nigerian under 17 football team and chuckle, because half of them probably live in the UK now attending primary school.

Yes ,those are some war torn refugees alright . Picture number 4 . who the hell supposidly comes froma war torn country with sniper written on their top .

Some guy that gets props for plugging a few IS members from distance, before getting himself and his folks out of dodge?

I swear to God, this tendency toward suspicion is toxic.

Or the same guy that was plugging pershmerga fighters before he realised his false god did not protect him . Can you tell the difference because i sure cant.

That means....precisely nothing. It does not mean that you should fear, distrust or hate based on your lack of knowledge. Read the bottom most segment of my signature, and pay the toll.

Actually that means you have no idea if you are letting a terrorist or a refugee in . Lots of healthy looking men in the pictures above . Perhaps the world would be a lot better place in they were home forcing isis out of their homelands .

This one was a mistake. Agencies and I believe an MP are among those who have since apologised for mistakenly claiming he was a translator. He was trying to get one of the children's places.

With regard to a recent tweet by TACT questioning the status of an individual male in a photograph at Calais, our information was from a credible source. However, if the male is indeed a migrant and not an interpreter, TACT regrets any concern caused. The tweet has now been withdrawn as we do not want to cause any further distress to the individual depicted.

. . . newspapers suggested the male was an asylum seeker, the tweet claimed he was an interpreter instead.

The Home Office confirmed on Thursday that the man was not one of its interpreters. And Tact said in a statement: “Our information was from a credible source.

I can't believe this. I'm using The Home Office as a credible source. Need more coffee.

Rule number one of Truth Club. There are no credible sources.
edit on 24 10 2016 by Kester because: (no reason given)

As Hutch put it :


Perhaps the world would be a lot better place in they were home forcing isis out of their homelands .

Like every individual photographed above and below etc. The same applies.
This lot are probably giggling all the way to the next terror event that happens. I'll bet my bottom dollar on that one.

"hehehehehe....they even thought I was a child!!!!" "I can't believe they fell for that one"

I do not believe that a person need work for the Home Office, to be a translator in a camp which has only a rudimentary structure of command and governance.

Answering my own question, Home Office building, Croydon, it appears.
edit on 24 10 2016 by Kester because: (no reason given)

Deary deary me, you are having one of those days aren't you TrueBrit. Have you got your Devils Advocate hat on today?

The camp. Not at Dover or on British soil.

How is this demonstrated?

The indications seem to say Croydon.


We had a team down in Croydon who were welcoming them and accompanying them through their first interviews. We are also involved in identifying the children that might be eligible out there in the Calais camps.

We think one of the photos is actually of a translator who was accompanying the children, so there's probably a fair bit of hysteria about this.

Middle picture Calais, presumably others Croydon. It seems a little hard to pin it down. twitter.com...
edit on 24 10 2016 by Kester because: (no reason given)

That same sloping wall appears in other pictures showing the coach and welcoming committee outside the Home Office building in Croydon.
edit on 24 10 2016 by Kester because: (no reason given)

I dont get this crap.

I guarantee you that all this nonsense will be the demise of leftist thought and the rise of new right wing radical ideology.

It is excess, masochistic and guilt ridden idiocy.

Arrogant too. Try to save the world is it? Well, try to be in a position to do so first. If your people are in need it is a crime and moral void to ignore them no matter the argument.

Feeding and protecting a neighbors kids while yours are hungry and in danger is a monstous thing to do.