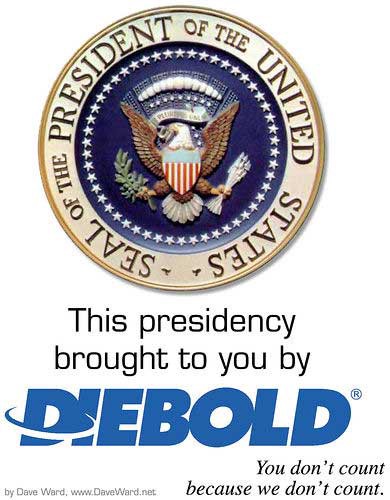 Not sure as to the exact time of his testimony, but this particular video was uploaded in March of 2006, more than 10 years ago.

Mr. Curtis is being asked whether or not he believes that the Ohio election was "hacked/rigged" due to the large discrepancy between the exit polls and the actual results.

According to his sworn testimony, in October of 2000, Clint Curtis was asked by Florida Congressman Tom Feeney to create a program which could rig/fix the election in favor of either candidate, 51% to 49%.

I think this is relevant in the context of current allegations and suggestions that this year's Presidential race may be rigged.

I think its also interesting that Mr. Curtis states that this is not a complicated program to write nor is there anyway to detect it without manually inspecting/checking the source code.


I think its also interesting that Mr. Curtis states that this is not a complicated program to write nor is there anyway to detect it without manually inspecting/checking the source code.

That claim is arguable.

Some details of Curtis' statements don't check out. West Palm Beach city didn't use touch-screen machines in 2000, something Curtis didn't know when Wired News spoke to him. It was the pregnant chad controversy in that year's presidential election that led Palm Beach county, where West Palm Beach resides, to replace its much-maligned punch-card system with touch-screen machines made by Sequoia Voting Systems in December 2001.

Adam Stubblefield, a graduate student in computer science at Johns Hopkins University who co-authored a now-famous report (.pdf) about Diebold's voting machine code last year, thinks the chances that Curtis' code was used in a voting machine are nil.

"(Curtis) clearly didn't have the source code to any voting machine, and his program is so trivial that it would be much easier to rewrite it than to rework it," said Stubblefield.

Stubblefield also found fault in Curtis' statement that any malicious code would be detected in a source code review. This would be true only for unsophisticated malicious code, like Curtis' prototype.

But, the actual unrigged count will be Trump 76% Clinton 24%

George Soros owns a large portion of the voting machines for gods sake, That is the dead giveaway that the results will be rigged.

hillary supporters are few and far between. here on ATS there seems to be an above average amount, But given that ATS is a Major website, It is almost certain that CTR is active here, So a portion of hillarys supposed "support" on here can be disregarded. The well oiled clinton machine would not let a site as big as this one go uninfluenced.

I think its time for military intervention in the USA, The whole government must be removed and the military take temporary control until a new government can be voted in (by paper ballot) It make take upwards of a year to replace everyone.

To CTR, The media and hillary supporters, You are OK with the fraud and corruption this time, You look the other way and defend because she is your candidate, I get that, But what about NEXT time? What happens if you dont like the NEXT candidate? With these leaks and corruption exposed, This was the one chance we had to change the system, to root out all the evil and causes of war. But you choose to look the other way, because "hillary" is your candidate, You have set a terrible president for the future and your childrens future. Shame on you.

posted on Oct, 23 2016 @ 05:15 PM
link
The rigging of the election occurred when these two clowns were trotted out as the the choices we are presented with.

Well, if election fraud via machines is actually possible, it would happen at the local level ... and aren't you Trump supporters always claiming that Trump is so popular everywhere (despite every indication otherwise)?

If it's so easy to fraud the machines, seems to me it is Clinton that should be worried, not Trump.