In Memory Of Mom


It was a year ago today that I had to say goodbye. My heart is heavy and words seem so elusive trying to describe the loss of you, how much you meant and always will. I thank you for everything that you have ever done. I thank you for your wisdom, humor and most of all for your undying love. I miss your smile and hugs. I miss talking to you. I miss you! So many memories come flooding through from time to time, especially today. I just wanted you to know that you are always in my thoughts and I carry you close in my heart forever. 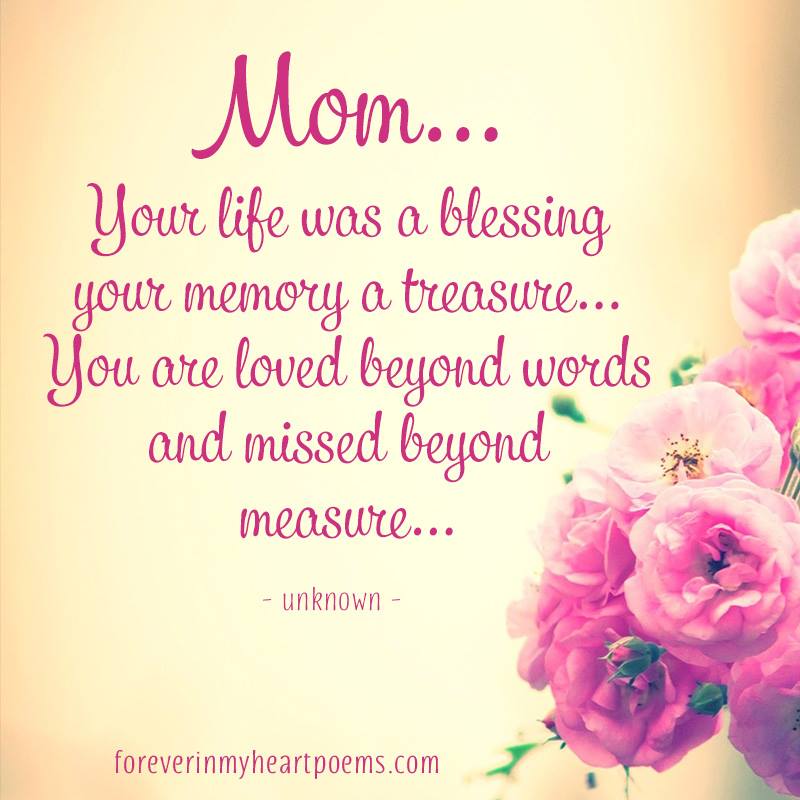 I know that many here have lost loved ones too. Please free to include your own thoughts and feelings for whoever you may be missing.

That was deep very cool that you shared your memories of her here.

Losing a parent is the toughest thing to get through.

posted on Oct, 22 2016 @ 11:52 PM
link
HUGS, Night Star. Your mother will always be a part of you, even if one another place (a better place.) I hope you take comfort in knowing how much love and devotion you showed to your mom and how much she loved you. And in how much I and many others care about you.

Bless you Night Star. What a sweet remembrance.


My mom died nearly 20 years ago and it was the hardest death to experience as a child regardless your age.


Thank you Encryptor! I love your avatar!


Thank you Sweetheart! You made me cry, that was so sweet1

Friend, it is a tough thing.

You know that I know and can only offer you my support and love and hope that you can find your strength and peace in knowing that your Mom helped shape and form one of the most beautiful humans I have ever had the pleasure of knowing.

Massive (((hugs))) my sister and know that you are and were blessed. 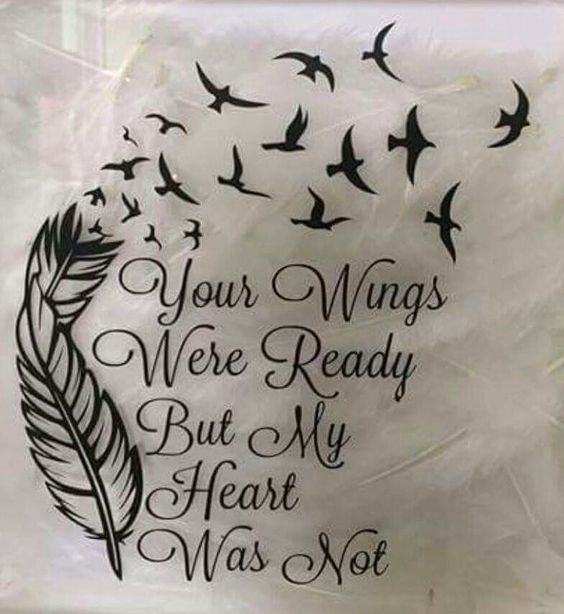 Thank you so much for your kind words!


Oh Honey, that was so beautiful. I'm crying again! Love you Shed Sister!

I remain very sorry for your grief.


Thank you so much! She was indeed wonderful! 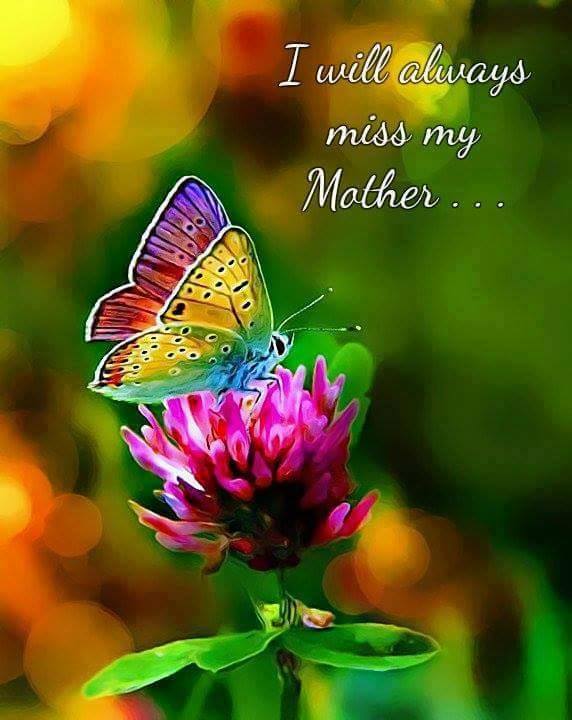 Night My Friend, this is a Beautiful Tribute to Your Mother. I feel for You having lost Mine too several years ago. Feels like just yesterday. I miss Her incredibly so...
This is wonderful...
Just know that CC and I have You in Our thoughts, and prayers...

Thank you guys! It means a lot to me! I know what you mean when you say that it seems like yesterday even though years have passed. We lost Dad in 2007 and I still can't believe it's been that long. Hugs!

Actually I think losing a child outweighs the loss of a parent. My mother was wonderful beyond compare, and I miss her deeply. She was truly a Southern Lady, but....

The loss of my middle son was so much more profound than the heartbreak of losing my mother. At least I got to be with her at the end, and also had a lifetime to know, accept and reconcile myself to the fact that she would leave this world for another where I wouldn't be for a while. My son left alone, no one to hold his hand, talk to him or tell him he was loved so deeply even one last time. The words over the phone from my oldest son, "Mom, Michael's dead", will echo throughout my entire being for the rest of my life. The agony of his senseless death, and abject misery his hateful, horrible ex wife put him through every time he wanted to see his little girl...all because he married someone else, eats like acid at my soul. No, it wasn't suicide as you usually think of it. Due to injuries suffered in a preventable accident, he was on opiates...ones his second wife continually gave him extra of...I guess you could say it was a slow suicide. And it haunts me when I remember her telling me she had figured a way to leave him when and if she decided to. I'll always wonder if this was what she had in mind. So, yes...I'd have to say that losing a child, at least for me, was monumentally worse. And no, the police weren't even interested in what I had to say. 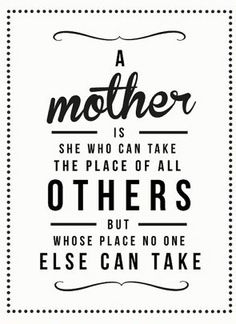 Can't even imagine life, or even want to think of it, without my mother in it. Big hugs, Night Star 💕

My husbands father passed away when he was 10 years old, it's heartbreaking to think of it, he was robbed. I feel blessed to have grown up with both parents being there, always, no matter what. Sorry for your loss 🌹

It's a hard thing to lose someone you love, and someone who loved you. Especially when you have the memories.

I lost my mother when I was three. That was a long time ago, and the scars have not and will never truly heal.

You are, by far, one of my favorite members here at ats.

I understand your pain and grief all to well and I'm so sorry.

I lost my mom when I was 15 and it still hurts to this day.

I really do hate that your beautiful and kind soul is hurting.

You are in my thoughts.


Your post just broke my heart. My Husband had two Nephew's he has lost and one of my Brother's had a Step-Son he lost. All young lives and so very tragic. My heart truly goes out to you. I am so sorry to hear of your loss and I wish we could somehow take away some of the pain. Words seem so useless sometimes. I want to thank you for sharing your thoughts and deep emotions with us here. I know how difficult that must have been for you. Big warm hug!

Thank you Jenny! I know you will treasure every moment with your Parents while you still can. When it is their time to go, you will have no regrets. You will know that you showed them how much they were loved and didn't take them for granted.