posted on Oct, 22 2016 @ 09:29 PM
link
Americans seem to be more divided than ABC News, CBS News, CNN News, NBC News, and MSNBC News, is honestly reporting. There seem to be women witches, clones, Reptilians, and countless others invading communities and convincing other women to vote Hillary Clinton for President. Even though many women know that Hillary plans to take America down a path that will, after she is Inaugurated to the White House, become very clear for all those with very little intuition abilities, it shows that they still hate men that much. Donald Trump is only a scapegoat for today's women. In York, Pennsylvania, many women believe that Hillary Clinton should be President. These same women, like thousands in Philadelphia, proclaim that they won't vote for Hillary, but was caught secretly supporting Hillary. The New World Globalization Orders will fade these women out in scores! Women in America are willing to destroy America because they have been told by very powerful lesbians and others that to stand up against Hillary is to be cast in hell. Even Madeline Albright warned that if women won't support Hillary, hell is their destination! Now what did she mean by hell? Learn about the true place for humans in the New World Order! President Obama has sealed the fates of both African Americans and latinos for the New World Globalization Orders by making money available to them in exchange for their souls! Its so sad that blacks and latinos actually think that what Mr. Obama did for them was done in kindness. If Mr. Obama went against the establishment they would have had him assassinated! He was just more cunning and clever than Americans thought. And yet his strong hold is still in places where African Americans lack in knowledge of self.

Rahm Emanuel, who is a Rothschilds enforcer and frontrunner, has destroyed Chicago. And people are so busy with tragedies in their lives rather than learn about Mr. Emanuel. Christians translate Emanuel as meaning, "god is with us." But if god is with the people, why is record numbers of Americans being shot and assassinated in Chicago nearly every weekend? God can be anything. To those who worship under Moloch (Satan), he is their god. The same goes with materialism, et cetera. SO GOD IS ANYTHING OR BEING, IN CONTROL OF OTHER THINGS AND BEINGS! American men better wake up because their is a conspriacy against you, and male freemasons is behind it. People like Actress Chelsea Handler, who is a comedian, actress, writer, television host, and producer, was reported as saying to certain women in secret, that she is part of a Secret Society Order of Women (really witches et cetera), and has long awaited the moment for Hillary to become President. She has also experimented with women! The sad thing is that plans for Hillary Clinton to become President of a New World Globalization Order was plotted back in the 1970's. Blacks who have been consuming Popyeyes Chicken may not know that certain chemicals was placed in the chicken which have altered your states of mind in 2016. Popeyes Chicken may be cheap, but it comes with a price folks. Your health will tell you 24 months after large consumptions. Americans must understand that the Illuminati and the Luciferians aren't racist. They just use racism and separatism as tools to rule and control!

Many women have turned their backs on their Creators for powerful and material wealth! This is one reason why the Prophet Muhammad swore that hell is filled with women. And during this time, outside of prisons and death calculations, women will outnumber men at least 30 or 50, to 1. When America falls folks, it will come with a BOOM! The decline of the United States is underway. It is that sick feeling in your gut which tells you we no longer can hold our heads up proudly and declare that our greatness is sound. We have become a casualty at the hands of group of self-centered elitists that have given the populace the permission to turn on each other. People are losing friendships over politics. Sectarianism, usually a term set aside for religious conflict, can also be used to indicate that there most certainly cultural, historical and political differences which are more than just disagreements. They are becoming divisive agents to rip apart the very fabric of stability in this country. In a world where we demand that all things should be simply explained with Black vs. White Good vs. Evil, especially in our politics, the climate is perfect for ultimate demagoguery, and you can all be happy with yourselves in thinking that is one or the other making it happen, because we have all been programmed to give consent for this type of end game. It can be argued that since the 1960’s, America has been on life support while others are saying it is dead.

posted on Oct, 22 2016 @ 09:34 PM
link
Powerful Men aren't Hating Women. Most men love and adore women! Thankfully, Hillary wasn't President when I was born. My Mom was 13 and would have murdered me, if it were legal back then.

Secondly, if you want people to read the stuff, don't write a wall of text. Two para separations are not sufficient for this mammoth wall of letters.

If you fix up those things, I may read it.

Splendid. And, in fairness to them, it's kind of hard not to hate an awful lot of men.

Anyway, whether or not he hate men, we can all hope for a Clinton victory.

I don't know any men who hate me, the good ones love this face. Hillary must have some bad men!

Is the title "Powerful Men, Hating Women" or "Powerful, Men-Hating Women" as the first are then misogynists and the second are misandrists. Since they are polar opposites it might be a good idea to clear that up. Grammar is important ;-)

American men better wake up because their is a conspriacy against you,


The Lasso of Truth Will Set You Free 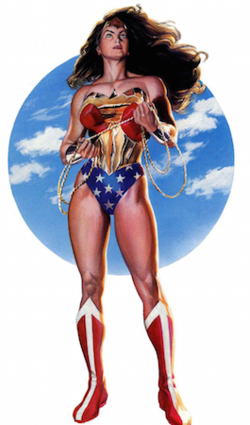 A proper ATS thread on the US Presidential Election.

My hat is not made of tinfoil, but it’s off to you all the same, sir or madam.

originally posted by: carewemust
Powerful Men aren't Hating Women. Most men love and adore women! Thankfully, Hillary wasn't President when I was born. My Mom was 13 and would have murdered me, if it were legal back then.

posted on Oct, 22 2016 @ 11:43 PM
link
I get more compliments than you can shake a stick at, i'm like a magnet. It's not easy being good looking, gets down right annoying at times.

posted on Oct, 23 2016 @ 02:25 AM
link
The aim of radical feminists is to put us men in death camps. Too bad for them they dont stand a xhance in hell without the help of men. Im entirely for equality but, as it stands, we arent equal there are vast differences in ability. There are reasons standards are always lowered for women and sports are segregated. If we truly oppressed women they would all be up in a market for sale. Lycky for them we are far more human than radical feminists and truly love them. As it stands Western women are the most care free and luxury living humans in history. Their susceptability to group think and a bias, gynocentric, BS media make them think they still have it bad.reply to: chopper2017

We can't just deny first amendment rights to reptilians now can we?

I think the key here is education.

I raised my clones to be better than the behavior Trump has been promoting, but they are still young and very impressionable.

posted on Oct, 23 2016 @ 10:17 AM
link
Great post. Really drives home the misogyny that lies at the heart of the Hillary opposition.

Reminds me why I'm all for Hillary.

I think ATS is becoming a little too batsh#t for me.

originally posted by: carewemust
Powerful Men aren't Hating Women. Most men love and adore women! Thankfully, Hillary wasn't President when I was born. My Mom was 13 and would have murdered me, if it were legal back then.

"Hillary wasn't President when I was born. My Mom was 13 and would have murdered me, if it were legal back then." Huh?

Look around the world and figure out which sex is the one pushing wars, running governments and overthowing the same.
edit on 10/23/2016 by roadgravel because: (no reason given)