posted on Oct, 22 2016 @ 11:52 AM
link
Given the popular trend is blame Masons for everything from Nixon to Ricky Martin
for a change of pace let's list things about Masons that are really really good

- they rig elections...no wait we buy them
- they assassinate political leaders, the ones not worth a dam anyway
- they influence the economy..because every Mason needs a butler
- they slumber in the earth during harvest
- they throw wild parties where they dress Tony Blair up as Captain Black
- they eat only the dew soaked berries of immortality
- they burn quickly in sunlight 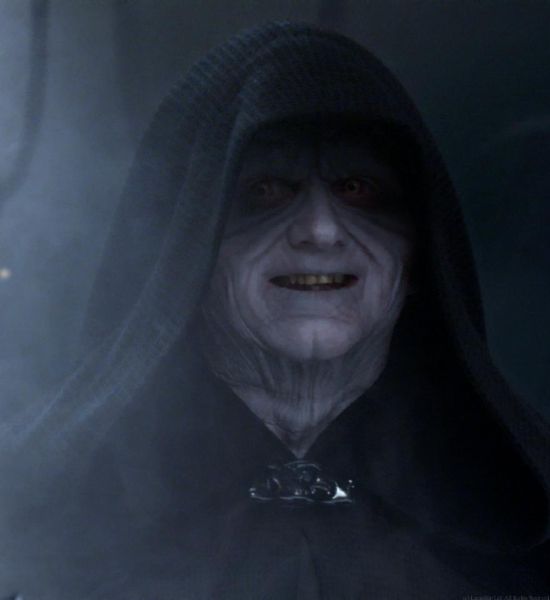 They are charitable.
They only look to better themselves through enlightenment and faith.
They serve the communities in a variety of ways.

The best thing...their doors are open. You can knock on the door at any lodge and talk to them. Hell, you may even be able to join their ranks.

They have fun parades and really neat toys. 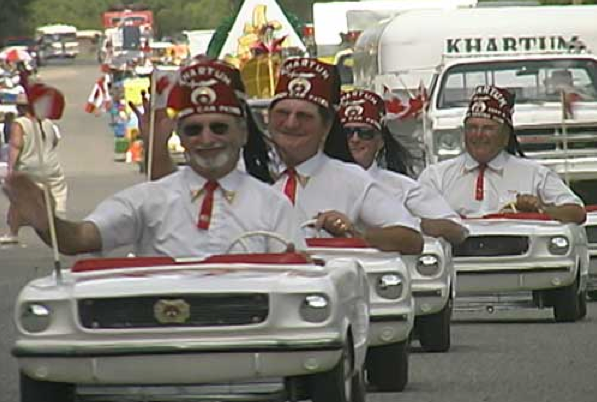 posted on Oct, 22 2016 @ 02:16 PM
link
I know a couple of masons..
Trust me, they are not going to assassinate or rig anything.. They are as normal as most of us.
Sounds to me they are just having some fun and enjoy being in this group.. playing with swords and talking about local politics and town protects.

They have done good deeds, yes a part of their constitution calls atheists "stupid" but that doesn't alter the fact
that they have been charitable and many have become pillars of communities.

Some folk need to take off the tin foil hats and open the blinders-Freemasons could've served on the frontline in many wars, given aid to nations who have suffered natural disasters and so forth. A Secret society is not synonymous with evil deeds, if a six year old started a secret society called the 'no cooties club' does that mean they are plotting to take over the lemonade stand industry?

From all that i've seen the masons are more benevolent than malevolent.
edit on 22-10-2016 by Thecakeisalie because: (no reason given)

posted on Oct, 22 2016 @ 02:36 PM
link
Masonry, on the whole, is a noble thing - upstanding professionals of good character, and a fair amount of charitable works to be proud of. The occult 'enlightenment' mumbo-jumbo business is a bit daft, but as I understand it that's a 'dumbshow' for the lower orders, and the real business takes place among the top ranks.

The problem is that it also provides a sort of hot-house for the planning of schemes and plans. Not automatically undesirable in itself, but it can so easily tip over the edge from being a plan for the benefit of everyone, to being a plan just for the benefit of the parties involved, and from there can head rapidly into a plan to benefit the parties involved at the expense of unsuspecting dupes, or worse.

Everyone goes on about the P2 lodge, but - while fascinating - it's a truly exotic and probably unique example of a masonic mega-conspiracy. Something like the Kenneth Noyes case is far more representative of the perverting of masonic principles.

Incidentally, a friend who has reason to know the score tells me that the current and rising generation of British freemasons consists almost exclusively of software designers and IT professionals. Which, when you think about it, could explain quite a lot.


A Secret society is not synonymous with evil deeds, if a six year old started a secret society called the 'no cooties club' does that mean they are plotting to take over the lemonade stand industry?


From all that i've seen the masons are more benevolent than malevolent.

i think that's the real reason behind this thread

posted on Oct, 22 2016 @ 02:54 PM
link
a reply to: kibric
You left out the bit where the low ranking members scorn non-members. This always happens when fallen seraphs show outsiders secrets that they will never comprehend.

Only the high ranking Luciferians can handle the other truths. Their ignorance and denial holds them below high rank. Always has done, always will.


You left out the bit where the low ranking members scorn non-members. This always happens when fallen seraphs show outsiders secrets that they will never comprehend. Only the high ranking Luciferians can handle the other truths. Their ignorance and denial holds them below high rank. Always has done, always will.

i think you might be missing the tone of the thread

Lighten up buddy
no scorn here

See Wikipedia on the Morgan case.

And the wonderful story of Jack the Ripper. You did not even mention the Illuminati. Well, I guess you have to be a Brother to prove you are a stand up guy who keeps his mouth shut before you learn the new secret handshake of the Illuminated Ones. But hey, paint the whole lot the same color Model T and condemn them because that is what us cowans are good at--not understanding anything beyond mouth breathing.

Seriously, the Mason bashing should end on this site (of all sites). They spend their time and money as they see fit for contributions to faith, hope, and charity. Who am I to question their rituals? Who is anybody to do so?

Let the Masons have their secret handshakes and funny hats and funny words and morality plays while they give back to a society that cannot care less.

a reply to: Rapha
How would you know? Are you a "high ranking" Mason?

a reply to: TEOTWAWKIAIFF
On March 13th, 1826, William Morgan, a supposed Mason, living in Batavia, NY, signed a contract for a book that was to expose the secrets of Freemasonry; some believe out of resentment for his Masonic affiliation being questioned by the Batavian Masons. Prone to drunkenness Morgan bragged about his book and soon everything came to a head in September. He was arrested for theft, but upon making bail was rearrested for failure to pay a debt of $2.68 and upon his release from jail he disappeared by means of which were never agreed upon by the "eye witnesses". Anti-Masons push that he was kidnapped and killed by a band of Masons. Several Masons were arrested and convicted of kidnapping, but there was never proof that he was killed. Even after his disappearance, his book was still published. All of these circumstances culminated in an uproar of public outrage. Regardless of reality, ALL Freemasons were seen as guilty of the murder of William Morgan. Soon anti-Masonic propaganda spread into all avenues of society to include churches and politics which led Thurlow Weed, a NY politician, to form anti-Masonic movement in February of 1828, gathering discontented opponents of President Andrew Jackson, known to be a Mason, into the Anti-Masonic political party. In many places in New England and America, Masonry ceased to exist for a number of years, but would come back, stronger. This event still has some affect Freemasonry today, though many may not realize it.

As for Jack the Ripper, no one knows for sure who he was.

originally posted by: Gothmog
They paid for my daughter's open heart surgery for the sole reason I could not afford it.
Peace

I would love to hear the story about this? If you dont mind?


originally posted by: Gothmog
They paid for my daughter's open heart surgery for the sole reason I could not afford it.
Peace

I would love to hear the story about this? If you dont mind?


Not much to tell , really. My uncle , who is a Mason , evidently talked to some other Masons. The next thing I know , this man walked in to the finance counselors office . My wife and I were asked to step out for a moment. After about 20 minutes , the man left and we were asked to come back in. The lady said not to worry , the entire bill was paid in advance.

The only thing I noted , was the man had a Masonic ring on. Didnt know the name or anything else . And , basically for everyone concerned , t was an ask no questions deal. And it was a Shriner's hospital .
Peace

That is way I remember the Masons.
I had, in years past, had dealings with the Shriners (Ancient Arabic Order of the Nobles of the Mystic Shrine (A.A.O.N.M.S.) or Shriners North America).

They helped tens of thousands of children over the years.

And some of there conventions in the South, back in 60s and 70s became legendary in books and movies.

posted on Oct, 22 2016 @ 11:19 PM
link
- They understand what's really happening in the world and are willing to go to great lengths for the benefit of humanity.

Personally I think they are evil, but it could just be a case of them being the only ones willing to do what it takes to make an omelette.

What is a shriner? Sry for the questions, i find your culture hare to understand from time to time

originally posted by: tikbalang
a reply to: Gothmog

What is a shriner? Sry for the questions, i find your culture hare to understand from time to time


To put it briefly , Shriners are related to the Masons.

a reply to: tikbalang
Ancient Arabic Order of the Nobles of the Mystic Shrine (Shriners International): www.travelingtemplar.com...
edit on 23-10-2016 by KSigMason because: (no reason given)

originally posted by: kibric
i invite all to list things about Masons that are really really good

we control the British Pound,
we keep the metric system down,
we keep Atlantis off the maps,
we keep the Martians under wraps,
we hold back the electric car,
we made Steve Gutenberg a star,
we rob cavefish of their sight
and rig every Oscar night.