posted on Oct, 21 2016 @ 08:59 PM
link
An Ontario Canada church was having it's Mary and child statue outside the church vandalised for years. Vandals kept knocking baby jesus' head off and then one day it was stolen.

The priest decided to restore and replace the baby's head and a Canadian sculptor came forward eager to compete the task. She had never worked with the stone before and decided to use terracotta clay which is an orangish color.

The result is nothing less than bizarre. Some have said it looks like a baby demon and others see a resemblance to maggie simpson. The priest was sympathetic and said since it was only her first try and mistakes happen he's going to let her try again. Really?

I can't believe this sculptor didn't realize from day one how awful it would look using the clay.
See for yourself.
www.foxnews.com... 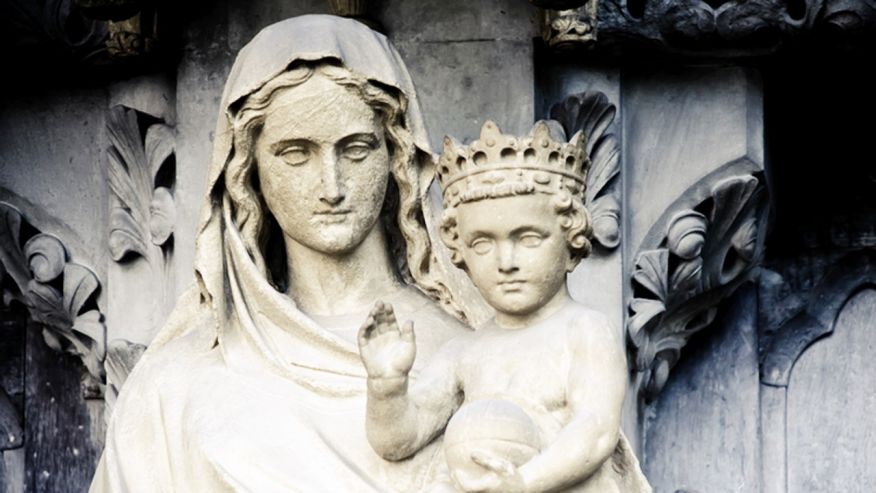 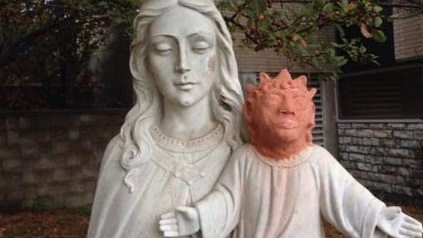 Looking closer at the first picture this is not a before pic of the same statue. It's just a similar one for comparison.

You just made me giggle like an idiot. Thank you

Its pretty obvious thats a different Madonna, so the point of your thread is?

The point of my op is obvious. Epic Fail on the restoration.

Whenever I think of vandalized statues I think of how shortly before 2001 the Taliban demolished 100ft tall ancient statues in Afghanistan. The USA had zero response to that. Then after 2001 suddenly the Taliban was a problem... not when they were ruining historic world artifacts only after unsubstantiated rumors of Osama Bin Ladin being there did they consider intervention. Then the USA threatened Afghanistan to hand over Osama Bin Ladin or they would attack them. Afghanistan responded saying after being presented with evidence they would do so. So the USA then said nothing back and attacked them under war. Then Osama Bin Ladin was rumored to leave, most likely to Pakistan. But then they kept attacking Afghanistan, put hardly anyone near Pakistan, and suddenly the goal was to free the country. Gee, freedom wasn't important to help them with while they were getting their country destroyed by the Taliban before 2001, but only now it becomes a problem.

All the while the politically connected oil companies and defense companies were becoming very rich. So it all made sense from angle and was a raving success. But as a $1 trillion effort to capture Osama it was a failure. So whether it worked or not depended on what the goals really were. Oh, and now we have pics of US troops patrolling heroin poppy fields of the country where such fields are now in great abundance, with heroin deaths now being reported as the #1 trending problem in New Hampshire about ten years later.

Finally Osama Bin Ladin had been killed about three times in the news including one announcement by the president of Pakistan but the fourth time the president of the USA announced it and it became the gospel truth for American sheeple. In other countries where the propaganda was not broadcast, nobody is gullible enough to believe such nonsense. End story. Lol, America is such a joke, Americans are a joke, the government is a joke, and we are living in a comedy show. Let us laugh as the Clinton come in and finishes off the silly country. I don't think there are any problems in America... its like the three stooges show where everyone bashes each other with heavy tools and expects only success... its not a problem at all its a comedy show for us to laugh at. The people are voting Clinton with the help of voting fraud, in so let us watch the collective punishments continue. They don't deserve it but will get what they have coming as I laugh at the whole thing. Bye America... its funny watching you end because of all the irony and hypocrisy in voting for your own destruction.

So any ways, when I see a desecrated statue I think of all of that... I really do. It goes right with my free speech being basically opposed in most places thread I made in the past day.

originally posted by: EchoesInTime
I can't believe this sculptor didn't realize from day one how awful it would look using the clay.

Still hilarious!
And they want her to try again?
Try jello. 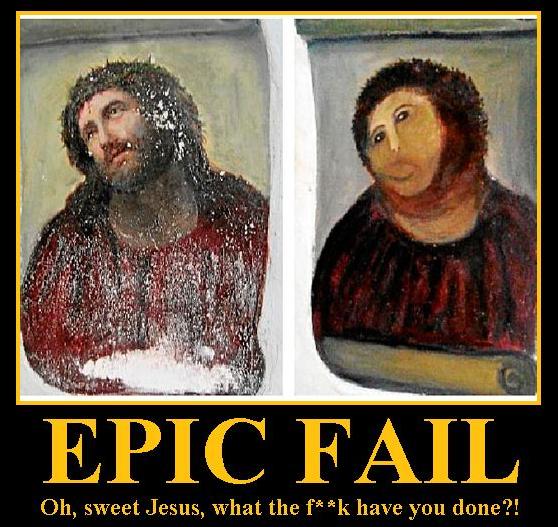 Im sure you guys remembered this master piece from a few yrs ago, now made into thousands of memes..