All told, Jones lobbed a dozen insults at Clinton during the nearly five minutes that Media Matters pulled from his livestream. They were:


nymag.com...
The best part was when he flipped out about ppl complaining about him talking over the debate, he screamed "THERE ARE LINKS WITHOUT MY COMMENTARY-This is the feed where I analyze the debate" paraphrasing here.

The voices, the singing, the endless commentary. Alex Jones truly is a one man show. Some say freak-show others agree.

Imagine watching a movie with him he's already seen.
edit on 20-10-2016 by Lysergic because: super aids

All told, Jones lobbed a dozen insults at Clinton during the nearly five minutes that Media Matters pulled from his livestream. They were:

posted on Oct, 20 2016 @ 10:15 PM
link
Isn't it amazing the way Alex Jones makes Donald Trump appear to be a master of rhetoric and comportment?

Im shocked. normally Alex Jones is a man with gravity and poise; the man is a beacon for sanity in uncertain times; he never goes off the rails over the mundane, and he's certainly one who's credibility is only preceded by his intelligence.

What an awesome Trump surrogate.

All you Trump supporters should be ashamed of yourselves.

posted on Oct, 20 2016 @ 10:45 PM
link
She admitted she was for the wall. That is a win. Ignored that riots were caused by her people when it's a proven fact. Just ignored the whole thing. Another win. Talked about Chinese steel but did nothing about it as a Senator. Not one word. Now all of a sudden it's a BIG problem. Again, egg on her face. She also kept going over her time, again and again. Wallace tried to shut her down but she refused. Just kept going over her time. Disgusting.

Distasteful or not, Are any of the things he said untrue? 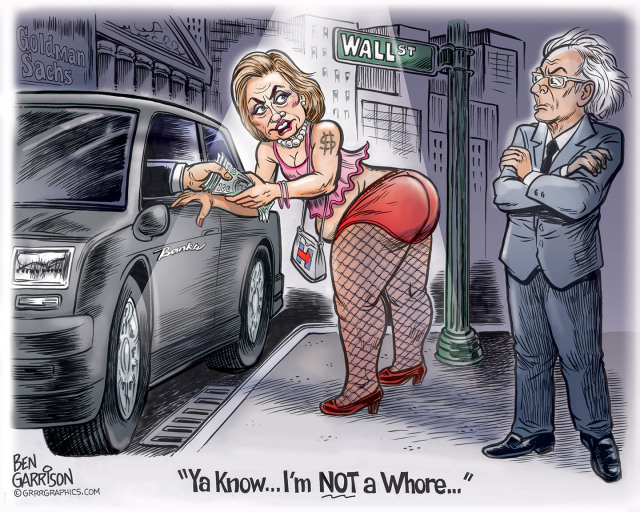 
All you Trump supporters should be ashamed of yourselves.

And all you Hillary supporters should WAKE UP!!!

Has any candidate ever been kicked out of an active debate for causing a disturbance? He could make history.


Has any candidate ever been kicked out of an active debate for causing a disturbance? He could make history.

That would be awesome LOL

originally posted by: kruphix
a reply to: Lysergic

What an awesome Trump surrogate.

All you Trump supporters should be ashamed of yourselves.

Alex Jones, by advocating against the corruption of Hillary, makes him your best friend but you don't even know it. You see, by being ignorant and discounting Hillary's corruption and lies, Alex Jones see's this in Hillary supporters, and so since Hillary would take your vote and then chuckle at your subsequent death, Alex is helping you in the long run, just in case you wake up in time and see your own error.

Disappointing... not funny at all and he should have gone with "wicked wicked devil" as this video proves:

posted on Oct, 21 2016 @ 11:03 AM
link
Alex Jones rails against whoever is president so he always has an audience. It's kinda too bad another democrat will be taking office because for people new to Alex Jones, had a Republican taken over, you could watch how the transition happens.

Alex is also very religious so often his stories involve the dark godless practices of politicians. How they worship the devil, etc.

Alex is like a public stunt performer -- he does engage in stunts that could hurt him but he's also just doing a career thing, selling shirts and coffee mugs and hosting a show.

I'm amused by him- I don't hate him- but I think people who take him as gospel or even as a raging truth bringer are children in the rabbithole.

I have to agree, he does amuse me, greatly in fact.


He would've made one helluva TV Evangelist, imagine him knocking ppl out with his breath like Benny Hin and then him doing Cobra Commander voices as he plays the devil, etc.

I sometimes enjoy the passing spectacle.

Alex Jones has done waaay too much LCD in his youth. The guy's a total nut.

posted on Oct, 21 2016 @ 05:54 PM
link
HAHA I love alex jones but man sometimes he just needs to relax! LOL
I myself watched it thru infowars and only lasted 3 mins until I switched to FOX. Although Alex is right about 110% of the time, i still don't need anyone trying to shout sh*t in my ear LOL