page: 1
72
<<   2  3 >>
log in
join
share:
burntheships
+31 more
posted on Oct, 18 2016 @ 11:03 PM
link
The Clinton Foundation has been exposed as having ties to the leader of
the Kosovo Liberation Army; Hashim Thaci in a newly obtained email
legally released through a FOIA, a portion of which is pictured below.

Clinton Foundation policy adviser Desai wrote "Is Thaci still embroiled
in organ harvesting issues and is that of consequence?" and asked
if it would be acceptable if William J Clinton invited him to the Clinton
Global Initiative Event.

As reported in The Guardian, the Council of Europe found in a two year
investigation Kosovo's prime minister was the head of a "mafia-like"
Albanian group responsible for smuggling weapons, drugs and human
organs through eastern Europe.

The Clinton Foundation invited the prime minister of Kosovo to the 2011 Clinton Global Initiative annual meeting knowing full well that he had been implicated in a human organ trafficking scheme as leader of the Kosovo Liberation Army in the late 1990s.

“Is Thaci still embroiled in organ harvesting issues and is that of consequence?” Desai asked in the email, which the State Department recently released to Citizens United. 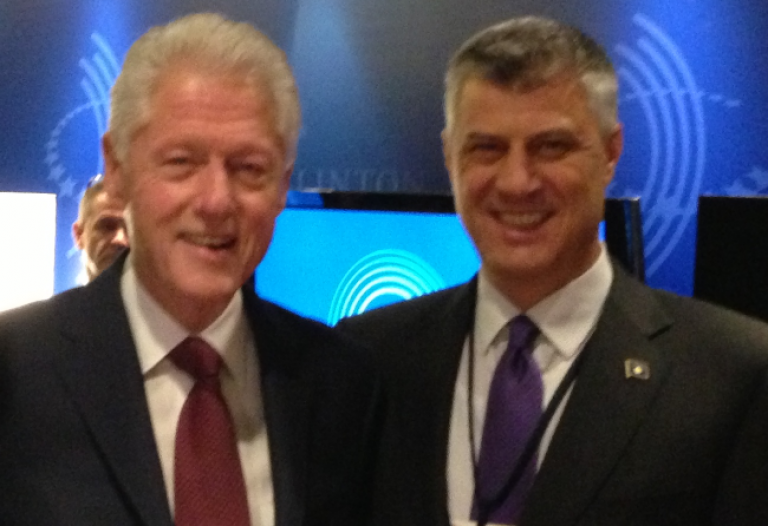 Despite his known ties to these gruesome activities, The Clinton State Department
appears to have approved Thaci to attend the 2011 CGI event. He also attended
in 2012, and 2013. Thaci sat next to Hillary Clinton at the 2013 meeting.

Other connections to The Clinton's are that in 2012, The Republic of Kosovo
signed a 50,000 a month lobbying contract with The Podesta Group.

Podesta Group's relationship is found to have skirted many regulations,
including John Podesta (Clinton Foundation Chair) and his links to foreign moneys.

"Im ok just taking the money and dealing with any attacks" he wrote.

Notice no one mentions the real ethical questions, only if it will be accepted
in the end to get the "money". Its all about the money, no mention
of human rights, or women's rights...

Just another typical sickening day of blood and money in the Clinton World.

There was an old thread where there are alleged connections between Clinton and the Dixie Mafia.

OMG. I just don't see how the clintons could possibly occupy our White House again. We should just take them out behind the shed and shoot them. I don't even know how to think about this other than making them disappear.

NoCorruptionAllowed
+9 more
posted on Oct, 18 2016 @ 11:30 PM
link
This is truly unreal, there just isn't any kind of debasement that the Clinton's won't touch and have their hands in, as long as they can get some money, even bloody sick money, like money derived from dead abducted humans just for their kidneys to sell on some black market.

The clinton's are ghouls. When they do die, their spirits will haunt old graveyards looking for corpses to inhabit.

Thanks for the link, wow that is going back in time.
The good ole days when ATS had anonymous posts.

Those poor poor people in Dixie!

I always wondered where Hillary got her new organs from?

In other election years, the media would have reported on this,
imagine it would be on the nightly news for weeks on end.

Not this time, at least not yet. Thankfully we still have
the alternative media til November, then who knows
they might be put down never to rise again if you know
who has anything to do with it.

I'm waiting for the baby sacrifice thread now. I voted for Clinton. How do you wash that sh** off?

Ways to become associated with the Clinton Cartel...

A. Be a supplier of hardcore drugs and or a connected network for distribution.
B. Be involved in rape/abuse of children.
C. Be involved with Human Organ Trafficking
D. Be a part of the fruadulent banking network.
E. Be involved with Al Qaeda, Boko Haram, Daesh really any of the many death squads.
F. Be willing to steal funds meant for humanitarian purposes. 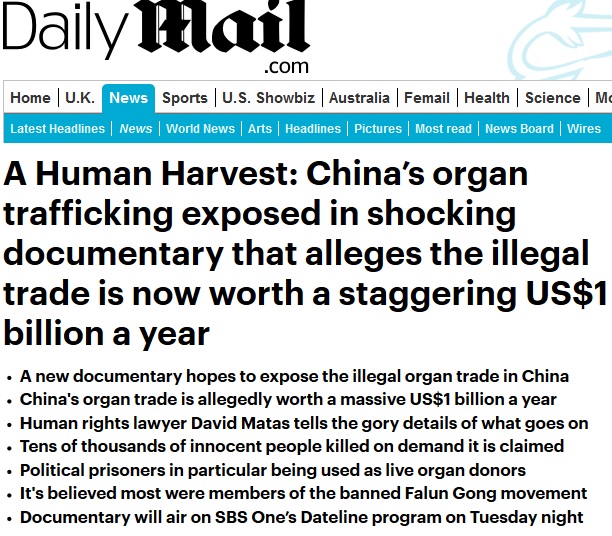 In 2006 a non-governmental coalition was formed called ‘The Coalition to Investigate the Persecution of the Falun Gong in China’.

They requested that Mr Kilgour and Mr Matas investigate allegations of organ harvesting of Falun Gong practitioners in China because of their extensive academic and political backgrounds and prior involvement in human rights activism.

The damning evidence they uncovered suggests that tens of thousands of innocent people have been killed on demand to supply an ongoing illegal organ transplant industry.

How these two Nobel Peace Prize nominees pieced together the evidence and continue to fight against this unimaginable horror is told in the program. LINK 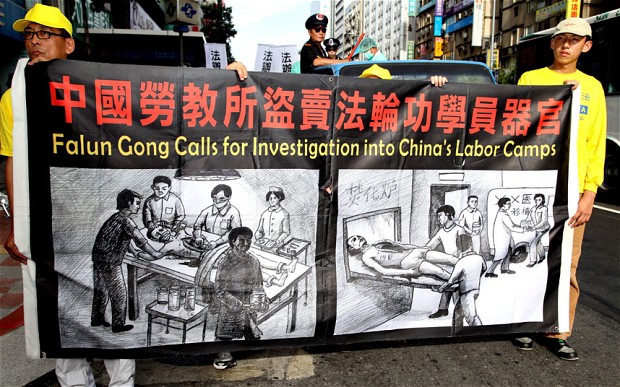 That's a good profit,being 1b us dollars. "What does it matter" right?

A billion dollar industry, how couldn't Global Criminal Overlords not be involved in making those bucks.
edit on 19-10-2016 by IgnoranceIsntBlisss because: (no reason given)

"Is Thaci still embroiled in organ harvesting issues and is that of consequence?"

This has gone way too far, America, your country is well and truly fecked!!!!

Basically whats being said here is
"OK we know this guy is a murderer and a criminal but hes given us money, will there be backlash from the plebs if we invite him to one of our soirees?"

Everytime I think that woman and her cronies couldnt be anymore disgusting something like this comes out and Im sickened all over again.
Whoever wrote this should be kicked out of politics in a hurry and named and shamed for the sick twisted feck that they are
edit on 19/10/2016 by IkNOwSTuff because: (no reason given)

There are actually pictures of Hillary and Chelsea sitting with
this PM at the Clinton Foundation event, they link back
to Kosovo Gov...and so I refrain to post them.

Here is the Google link to the search.Google Search Thaci + Clinton

I'm beginning to think that all those accusations of elites sacrificing women and children coming from those way out there conspiracy theorists might really be happening.

Clinton are some seriously creepy stuff.

Looks like Hashim has a pretty cozy relationship with several western leaders. Blair, another of the Wests little lovelies.

Well... They couldnbbe involved, surely not,the the cluntons without the l

Telling and accurate a list you have there, Boko Haram is another
really horrific story, even Congressional Oversight is on that
one, asking why Clinton kept them off of the known terrorist
organization list.

Seems pretty obvious why she did that, through The State
Department... I know there is a thread on that here.


Hillary kept Boko Haram off of Terrorist designation for cash

I mean, who doesn't have a couple odd organ traffickers in their rolodex?

Where'd you get the email screeaskin? Some folks are asking in another forum.