They said staffing shortages often extend work weeks to 60 to 80 hours to keep up with growing demand for Beam whiskey. The company has turned increasingly to temporary workers, they said, and disregards seniority when assigning veteran employees to new roles or shifts.


I hope the employees are successful on minimizing temp use, and having beam honor seniority. I'm sure the price of beam doesn't go down when a low paid permanent temp (The new giga economy!!!) does the work of a full time, well paid with benefits employee. But the profits go up because of the use of permanent temp jobs. SAD when very profitable companies are such turds.

The company (Japanese owned) did offer pay increases, and the new contract dealt with temp workers. We will see if this is resolved, unfortunately the only way large corps learn is to hit the profits.


The company said it hoped union workers would reconsider the contract offer, which included pay increases. It said the revised offer dealt with workers’ concerns on such issues as overtime and temporary workers. It did not immediately comment Saturday as the strike began. 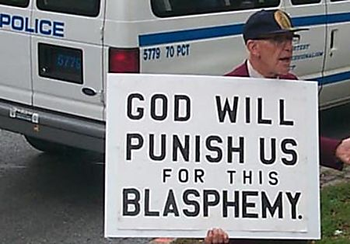 A strike at the beam factory is the last thing we need this close to the election.

posted on Oct, 18 2016 @ 12:06 PM
link
Seniority should never be the consideration for a position. ABILITY should. Otherwise you would have to wait until everyone died off to move up.

posted on Oct, 18 2016 @ 12:09 PM
link
Should close the plant like Caterpillar and move to TX. We don't put up with unions here. You work for what the job pays. If you want more go get a job that pays more and stop trying to raise a family filling whiskey bottles and screwing bolts on a Harley.

Seniority should never be the consideration for a position.


Disagree, Seniority should never be the ONLY consideration for a position.
Usually you have different skill levels in any given position, like mechanic 1, mechanic 2,..... These take years to get right and also take years to get to the top levels. If the companies supervisory team is invested in the review and promotion process, there wouldn't be shift preference, overtime, and promotion issues. But sadly I have seen a large slice of companies supervisors (that I have worked for or with) are usually one one level beyond their skill set and usually keeping good solid track of good employees is just another pain that is avoided.

I'd be pissed too. POWER TO THE PEOPLE

Unions used to introduce better wages and benefits to employees. Since Reagan threatened to fire air traffic controllers in 1981, is it any wonder why over all, our wages have been stagnant. Where did all that sweet sweet money go if not to hourly employees?

It's always easy to tell other people to take wage/benefit cuts, until it's our turn. Trust in the fact that big corps don't want people to have any power. The new giga economy if just the newest way to use people, look at uber and what they pay their drivers verse the companies profits.

Large companies look at each others pay/benefits packages (band together) in a given area and offer the same pay, unions should also do the same, but from an employees perspective.

Yes, all people peacefully banding together is a big part of the answer.

Would you still drink it if they break the union, lower wages/benefits use as many permanent temps and keep their premium price (record yearly profits)?

Sad company move in the end really. It is not really the cost of labor that is at stake but the fundamental quality of product. Besides the fact this happened in 2012 (price rises across Beam's portfolio) but now subbing out, for lack of a better term, scab workers because of a union. *yells* Hey Jim Beam! They made your company! You owe them! Not just your bottom line!

Makes you wonder how much Mila Kunis is getting paid and why?!